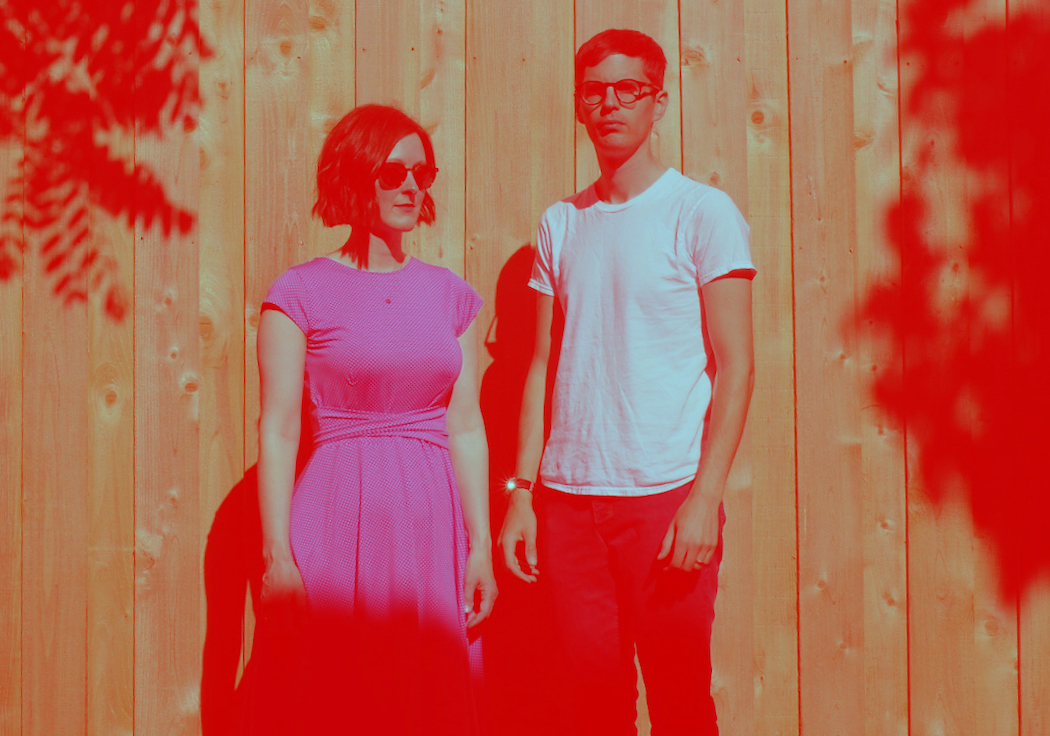 Stray Fantasies marks a deepening of the discography of wife-and-husband duo Hollie and Keith Kenniff under their collaborative moniker Mint Julep, an expertly manicured electric-pop venture that stands in stark contrast to the nebulous and experimental Helios and Goldmund outputs for which the latter member is known (though both members have ambient projects under their own names). Where those projects seek to defy conventional song-form through textural, amorphous exploration, Mint Julep gels all the elements with a surprising and impressive songwriting expertise that speaks to the skill and well-roundedness of its creators. The pair take us through their entrancing album track by track along with the exclusive single, ‘As Far as I Can Get’, before the full release on Friday 31st January, 2020 via Western Vinyl.

“Blinded was one of the first songs that we wrote for the album and helped to serve as a baseline in shaping the tonal character of the rest of the songs. Production-wise I was listening to a lot of vapor-wave/ lo-fi stuff, so I was fooling around with those sorts of sounds with the synths and overall character of the mix, but in keeping with a more pop song structure. I initially laid down an idea for a track that had more layers in it and felt a bit “bigger”, but once Hollie’s lyrics and vocals took shape we thought it best to subtract a lot and keep it rather minimal. Hollie’s lyrics were quite evocative of a sort of hazy/poetic feeling, so I wanted to mirror that with the music. There’s a lot of hiss, saturation and delay, so it all feels slightly homemade and washy and not super slick or polished. We did not want to frame the lyrics in a way that made the song not seem cold or dark or brooding, but rather something that had a warmth to it; something with a sunny-ness, thoughtful and inviting.”

“Hollie came up with these really great lyrics and it made this one come together really quickly. We wanted to mess with the song structure as we were getting a little tired of the same “verse/chorus” format and came up with a dynamic way to open the song which we planned to have as the chorus. That part then ended up being sort of an interlude between the verses and also serves as the outro. There is no chorus in the song at all, which felt pretty liberating to do in the context of a pop song.”

Unite
“This is another one that came together quickly as Hollie had a really nice flow to her lyrics and the melody came with little effort. We wanted to keep the song dynamic but not with a ton of layers which we sometimes get carried away with.”

White Noise
“Lyrically, Hollie opted for a more evocative poetic context and we tried to mirror that with the music. We wanted the music to feel quietly energetic, so the layered elements are fairly minimal but it feels like it has a lot of space and depth, which is aided by slowly adding layers of lower frequencies as the song progresses.”

Just for Today
“This is another one were Hollie went more vaguely poetic with the lyrics, so it’s an outline of a fictional story that can be freely interpreted. Musically, again, we were trying to accomplish carrying the weight harmonically by having just essential layers that were clearly defined, but were treated in a unique way (so the synths have a lot of tape processing, they’re rough and wobbly). Even though the song structure follows a familiar verse/chorus/interlude/chorus structure, we wanted to play around with that a little, so the last chorus is a complete re-harmonization and bears no similarity, musically, to the first chorus in instrumentation or tonality except for the vocal melody.”

“This one is one of the oldest songs that appears on the album. It was written during our last album, Broken Devotion, in 2015 which was a b-side, but sat collecting dust for a while. While we were writing this we took it out again and re-mixed a lot of the music to be stylistically more in line with the other songs on the album. Sometimes it’s just good to let a song breath and then your life experience will dictate a different outcome when you approach it months or years later instead of trying to force it. The lyrics are very interpretive and can be applied to various storylines with only the chorus line “I don’t mind it on my own” providing some sort of a concrete narrative center.”

Vakaras
“Musically I feel like this one one of the most fun ones to experiment with as it plays with a variety of different stylistic elements and textures. Hollie’s lyrics also reflect this and since they were pretty stark so we wanted to mirror that with the music and keep it very minimal and on the darker side, adding only two elements until the first chorus (drums and bass). There’s lots of delay on Hollie’s vocals and the different synth elements that help provide an additional character and fill the space so we could keep things sparse but maintain a certain energy and mystery.”

As Far as I Can Get

“We have wanted to use a vocoder on a song but could never figure out how to do it without it sounding cheesy. So we came up with a melody on the vocoder and built the song around that. This one has a more typical song structure but there are lots of little details throughout that made it a fun one to produce. Again Hollie went in a more poetic direction with the lyrics, and we tried to support that by having a lot of dream-like layers, so lots of reverbs and delays, things feel far away and fuzzy although there’s a strong melodic and harmonic center to the verse and choruses.”

Translation
“This one came together in an afternoon. Hollie’s exploring the idea of communication (or lack thereof) in the context of a fictional relationship so we wanted the music to feel grounded but a little “flighty”, switching back and forth between bursts of energy in the chorus and intimate stripped back sections in the verses.”

No Regret
“The verse and chorus (music and vocals) were written 3 years apart. We originally had a very epic sounding chorus which just felt out of place, so we shelved the song, but always liked the way it started out, so we got it back out again and came up with a chorus that seemed to work much more fluidly. Lyrically and mix-wise it was a difficult one to try and match, being as it was so far apart, but we’re both pleased with the end result, it’s one of our favorite choruses on the album.”

Still Waters
“Hollie came up with the clever first line that helped start this one out, again it happened rather quickly. Hollie’s lyrics, exploring lack of communication/losing touch emotionally with someone, dictated the pace of the music which we wanted to feel a little on the slower languid side, but in it have a shade of mystery and slight hopefulness in the chorus to interact with the feeling of doubt she outlines in the storyline. Again our aim was to have a sense of “fullness” to the music and a clarity to the melodic content but support that by only adding functional elements so each one of the synth parts that’s added isn’t superfluous.”

Iteration
“Hollie and I both wanted to return to a more outward shoegazey style on a song, so we came up with this guitar part and then it helped propel the song forward rather quickly. Sometimes the right effects chain can have a big impact on inspiration! It was fun to get to stretch out on guitar, being as a lot of the other stuff was so synth-centric, but at the same time I think stylistically there’s still enough of a thread to include in the midst of the other songs. Hollie had come up with more words for the chorus initially but we had this idea of just repeating “through an avalanche” and it seemed to work and give the melody a bit more weight and space.”