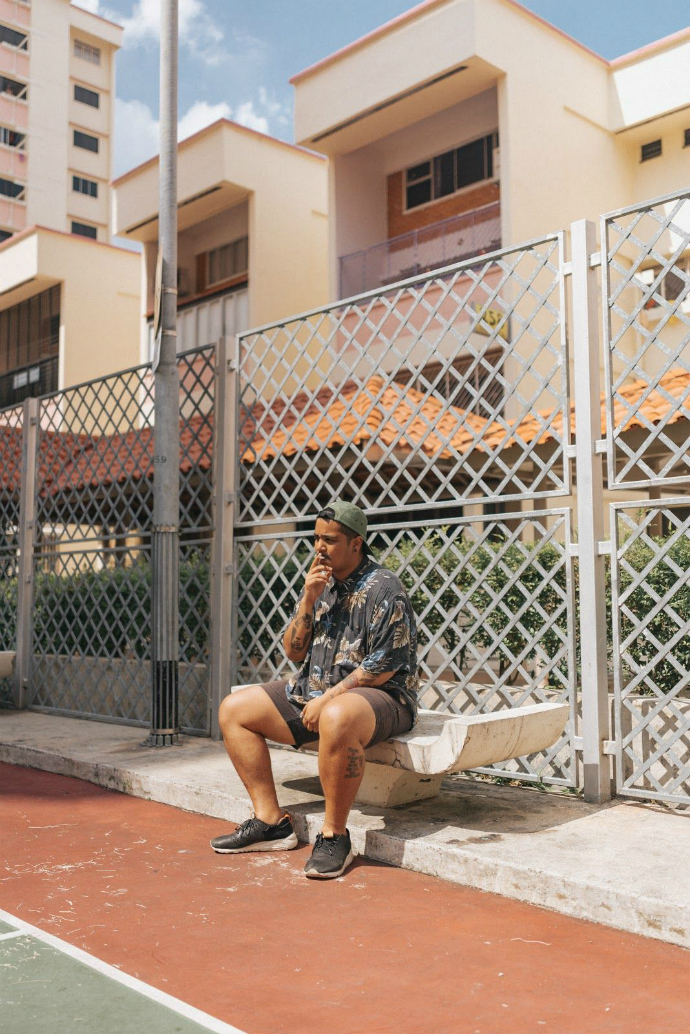 Taken from Singaporean artist Fauxe’s forthcoming album ‘I K H L A S’ is the hypnotic beat-infused ‘M E H’. ‘I K H L A S’ was created after an eight-month visit to Malaysia last year and mixes traditional samples from that country with the distorted bounce of hip-hop grooves. Singapore acrimoniously seceded from Malaysia in 1965 and their relations have since been fractious, yet the two countries have a deeply-held shared history. “Singapore and Malaysia to me had always been two different places,” says Fauxe. “Right now it feels like we have always been one. I hope the music brings about a certain understanding and appreciation of what both countries share.” Named after the Bahasa Melayu word for ‘sincerity’, ‘I K H L A S’ serves as an ode to Malaysia and its sonic legacy.

For this record, Fauxe uses samples from traditional Malaysian Tamil and Hawaiian Malay music. This fusion reflects the musical globalisation Fauxe sees both in Malaysia and his home country. “Right now, it’s hip-hop that’s blossoming in popular consciousness; trap is an element that even someone living in my neighbourhood would be into,” he says. “Hip-hop has become accessible to most young youth here. This album incorporates a lot of modern hip-hop elements, but also incorporates a lot of dance music vibes I was experiencing, hanging out with the crew from SaturdaySelects whose music output features more dance/remix/halftime incorporated grooves.” Above all floats an irresistible pop sensibility; breezing through 16 songs into thirty minutes, ‘I K H L A S’ is a joyful, danceable exploration of the Kuala Lumpur music scene