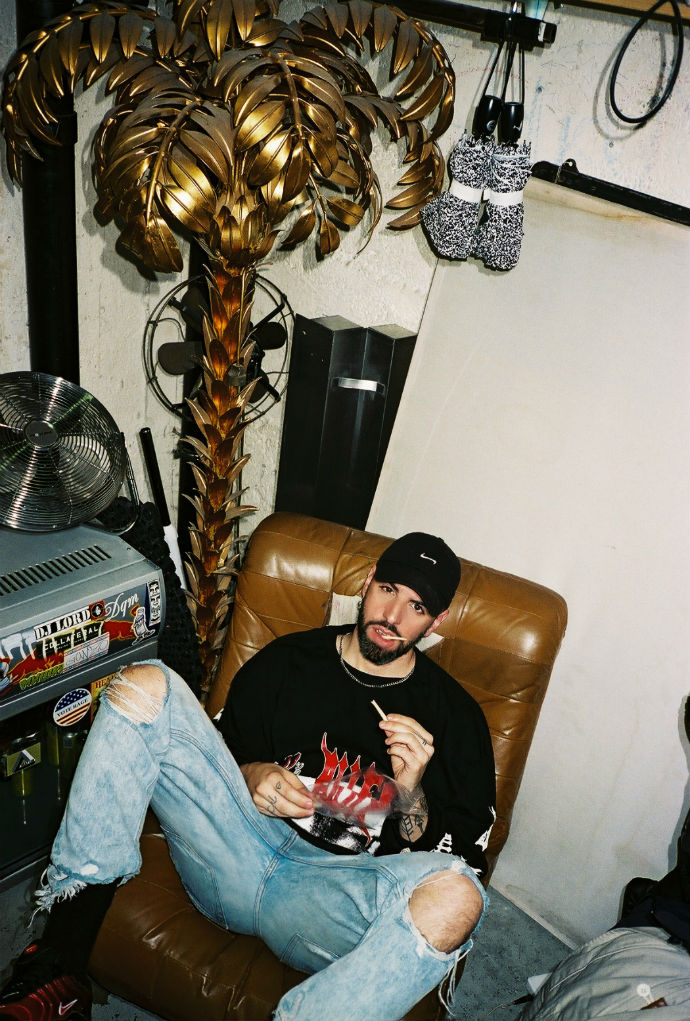 Since his debut EP ‘Never Met You’ in 2016, followed by a rather impressive water inspired H2O mixtape, Laskaar has been quietly taking the world by storm, both in the fashion and music biz. The neo-soul singer is known for harnessing modern soundscapes, meticulously dissecting songs and reconstructing them into complex and visceral experiences. First came the mesmeric acapella cover of Röyksopp’s ‘Monument’ feat. Robyn, and now, the ultra-smooth take on Britney Spears’ ‘Gimme More’ as a warmup gift before releasing new music in 2018.

“The other day while listening to the beat ‘Homewards’ of Hip-hop producer Mndsgn, all of a sudden I heard the melody of Britney Spears’ ‘Gimme More’ in my head – which is strange to me ’cause I don’t really listen to her or play her records with exceptions of sometimes mixing her ballad ‘Everytime’ with some industrial beat during my DJ sets. It was like a paranormal Britney possession! So in order to get it out, I decided to go to the studio the next day and lay down the vocals that I’d heard in my head, and this is what came out. I didn’t conceptualize or plan anything, it just happened organically and I actually dig it so much that I wanted to give my listeners a gift for being so patient with me until I release new original music this January 2018.”