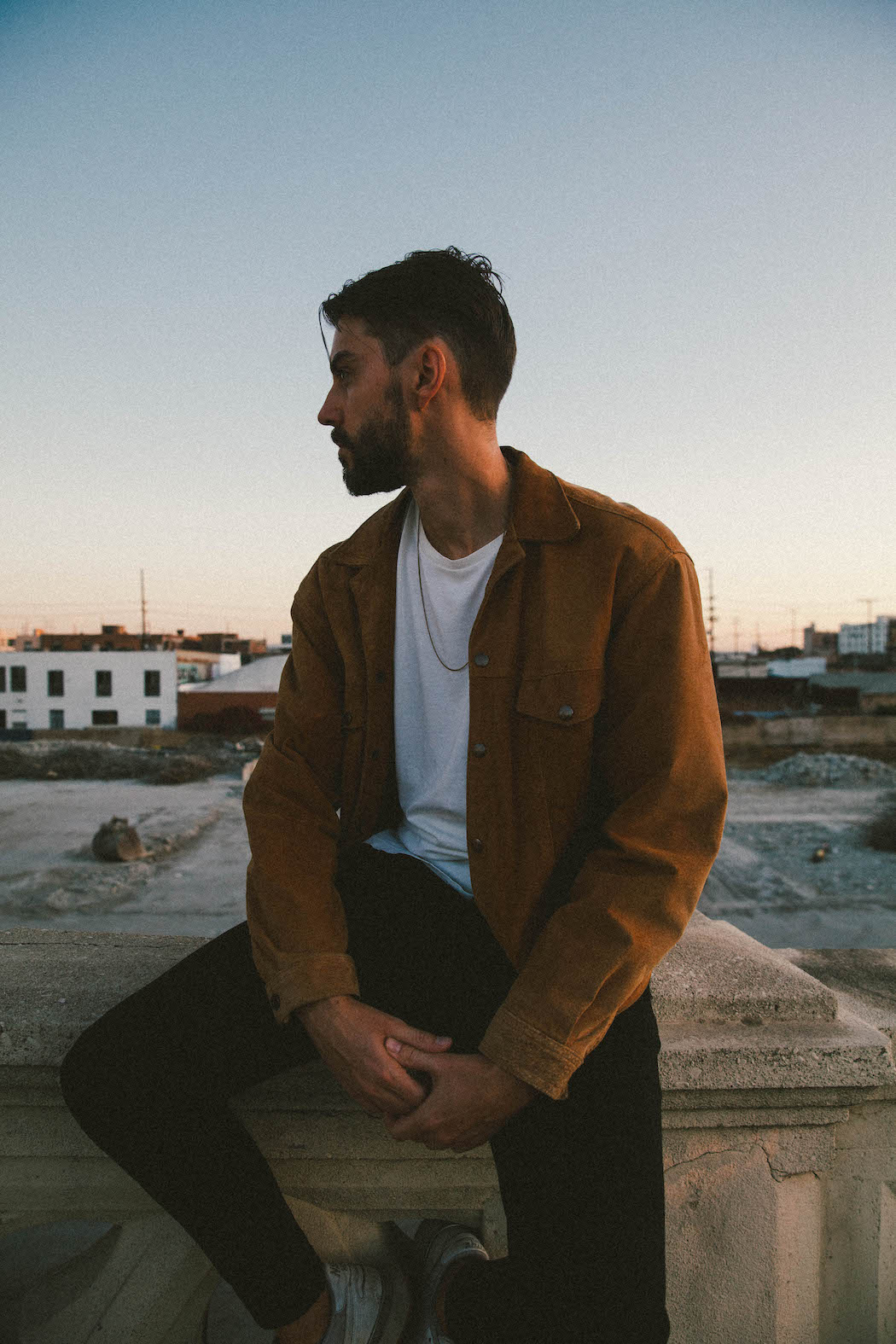 Three years after the release of his debut album Lights (Majestic Casual Records), LO presents his second full-length album Night Owls. Over 10 tracks the listener is taken on a dark, melancholic journey through a sleepless night. Songs in the cool electronic sound of a Jon Hopkins meet more intimate Alt-RnB sounds that let you draw comparisons to Joji, Francis and the Lights or The Acid. Lifted from the album is the standout single ‘The Night’ where singer-songwriter Aaron Pfeiffer lends his vocals for a dreamy yet raw delivery. “For ‘The Night’, Aaron and I envisioned a lonely rooftop over a bustling city night. It talks about this particular moment of intimacy, of opening up to another person about your inner feelings and what’s really going on in your life. The production is kept quite simple and combines an airy ambient electronic sound with organic drum overdubs, giving Aaron plenty of room for his soothing vocals.” LO’s Night Owls will be released on 12 March 2021 via Absent Mind Records.

LO started his career as a producer in the late 2000’s. Over the last years, he collaborated with artists like Adrian Daniel, Rainy Milo and Novaa leading to releases with the prestigious label Tommy Boy Records, Majestic Casual Records and many more gaining him a well-recognised name within the electronic music scene with support from some of the scenes biggest names like Hardwell, Martin Garrix, Laidback Luke, Satin Jackets as well as tastemakers like TSYN and dynmk. His debut album Lights (with Yosie) received broad attention within the blogosphere, accumulating over 8 million streams. With his fresh approach to electronic music and his will to exceed traditional genre limits, LO is a sought-after producer and songwriter within Berlin’s buzzing music scene

Head over to LO’s Instagram on March 12th for your chance to win a limited edition vinyl of Night Owls
Pre-save Night Owls here: https://push.fm/ps/night-owls