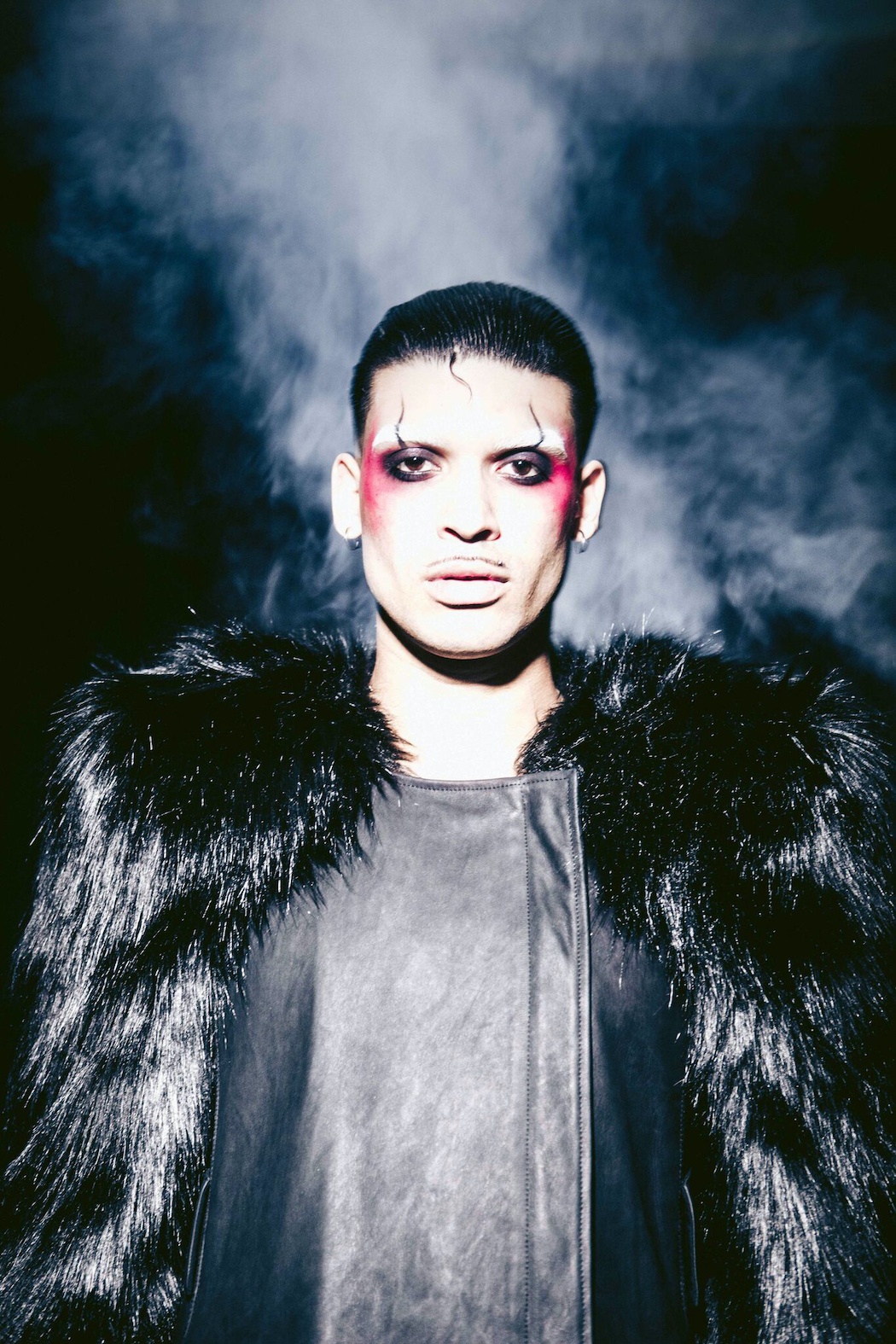 I don’t know about you, but I miss going out and dancing my tits off in a sweaty club. So I am hella thankful for Wax Wings‘ new AF2TF EP coming out this Friday on Kneaded Pains and this tasty teaser called ‘Double Bluff’. Like the Greek legend Icarus, Wax Wings is soaring towards greatness. Taking after his Brazilian father, a musician and British mother, an artist, Wax is a man of many talents. From his visual creations in paint, graffiti and photography to his fashion, make-up artistry and of course music production, his abilities span endless forms of expression.

Signed off the back of an original remix spun during his DJ set in the early hours of an East London rave, Wax Wings immediately became part of The Weird and The Wonderful family. Four years later, he has released four EPs on the label – Whisper, Gravedance, System and The Love Inside Me, all having received strong support from the likes of James Zabiela, Leftfield, Kölsch and George Fitzgerald. Critical acclaim has closely followed with coverage by Red Bull Music, ID, Complex, Dummy, Mixmag, DJ Mag, Notion, Clash to name but a few titles; and even a prime time US TV sync on CSI:Cyber. 2019 saw a well-received EP “Falling” on the prestigious Mobilee Records.

Alongside his own releases, Wax has also found the time to work with artists from Skunk Anansie’s Skin through to the Dead Can Dance’s Lisa Gerrard and to remix Maya Jane Coles, Nocturnal Sunshine, Ashley O aka Miley Cyrus , Eli & Fur, Zebra Katz, The Presets, Skindred, Vök, Sofi Tukker, Fischerspooner, and Bronski Beat amongst others. With his own work having been remixed by dance music dignitaries like Absolute, Marc Houle, Anna Wall and Panorama Bar regular Alinka. Equally as successful as a DJ, Wax has supported an ever-growing list of the cream of the underground scene such as Chris Liebing, Ellen Allien, Kim Ann Foxman, Alan Fitzpatrick, Loco Dice, Adam Beyer, Pan-Pot, Heidi, Joris Voorn, Derrick Carter, Louisahhh…

In particular, Wax has now become Maya Jane Coles opener of choice at her events around the World. Early in 2018, Wax was confirmed as a resident of one of the year’s most talked-about new events: He.She.They., and to date has played events including Fabric, Printworks, Hyte, XOYO, SW4, Ministry of Sound, Watergate (Berlin), Sankeys (Tokyo), Pacha and Destino (Ibiza), EL Monasterio (Barcelona), Meadow in the Mountains (Bulgaria) and Secret Garden. Guest mixes have followed for Radar Radio, Rinse FM, Capital Xtra, The Selector and Data Transmission alike. Wax is also resident for London queer club night institutions the goth-techno haven Inferno alongside the first LGBTQIA+ strip Joint in the UK – Harpies where he played for London Fashion Week.

2020 is shaping up to be an equally fortuitous year for Wax Wings. Moving into what he calls a darker, more introspective sound, you can expect a unique, live feel with the producer’s debut album due later this year and upcoming releases on Dense & Pika’s “Kneaded Pains” imprint as well as the newly founded He.She.They label.

Stream/download the AF2TF EP here: https://fanlink.to/AF2TF
And read our interview with Wax Wings below