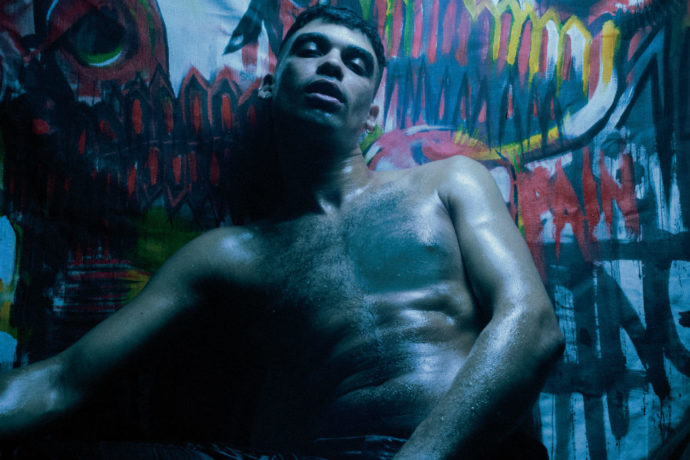 London based artist and DJ Wax Wings brings hypnotic trance calls on ‘Toxic Love’, drawing you into the present whilst almost transporting you somewhere in between the past and future and beyond. Complemented with ghost-like vocals skimming on the surface driven by a beat of understated sense of urgency, Wax Wings brings a taste of what’s to come as his Gravedance EP drops today (The Weird & The Wonderful/Skint).

Wax Wings draws on a range of inspirations for his art in all mediums. This is represented not only by his music but also the striking visuals created to present himself under various physical guises. Having hosted and run various successful club-nights in his hometown of Leeds and London, he has been described as being part of “the new kings and queens of London’s LGBTQI nightlife” (i-D Magazine).