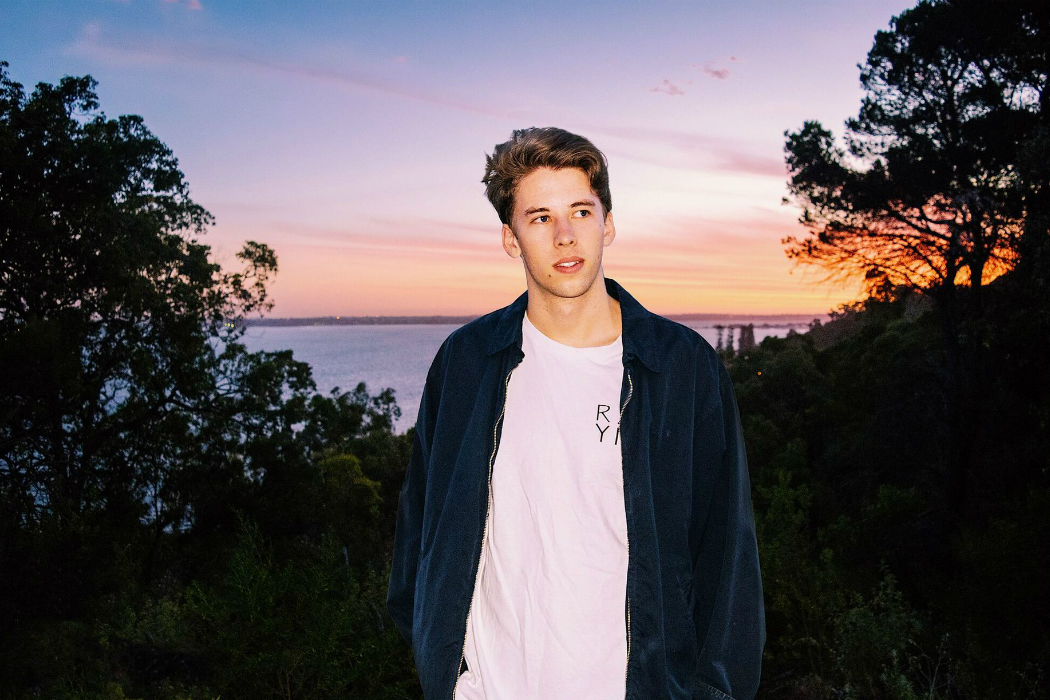 21-year-old Perth, Australia multi-instrumentalist and producer Ukiyo returns with new single ‘Go’ taken from his forthcoming ‘Fantasy’ EP due this summer on July 25th. ‘Go’ moves mountains with subtle, assertive ease; modern, exciting production moulds itself around organic, reassuring piano, and that sweet, intimate vocal sits atop the arrangement like a queen upon a throne. The track is evocative of Flume’s groundbreaking production style, but there is something distinct about ‘Go’ that is incomparable to others within the genre. With new his ‘Fantasy’ EP on the horizon, Ukiyo takes us behind the scenes with his top 5 music production elements. 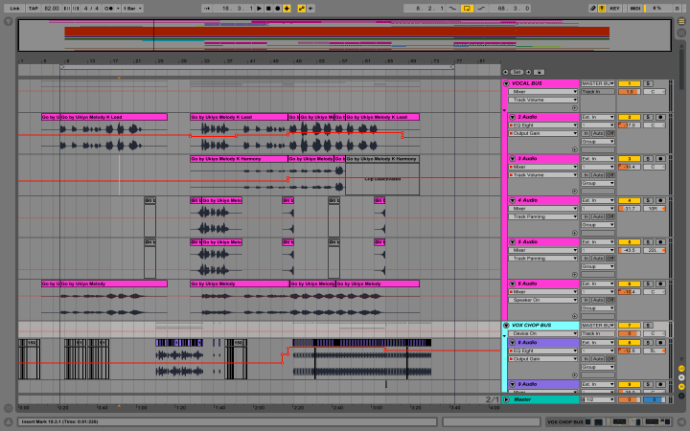 “My first laptop was an iBook G4, so when I first started producing it was in Garageband. From there I took the logical step up to Apple’s Logic Pro and stuck with that for a few years. The Ukiyo project was born when I made the switch to Ableton Live and got rid of a lot of the unnecessary clutter I’d built up in my workflow over the years. The name “Ukiyo” is Japanese and means to live in the moment detached from the bothers of life, it was a perfect fit because it described the way I wanted my music to make people feel and it also represented my change in mentality towards how I produced music; doing away with a lot of the fancy show-off production stuff so that I could focus more on the musicality. Ableton is the most important part of my music-making process, it’s got a fantastic workflow, and it’s brilliant for sampling. It’s also got a heap of built-in plugins that I’ve fallen in love with, my favourite being “Auto Pan” which I use in every song without fail in some creative way, hardly ever for panning.” 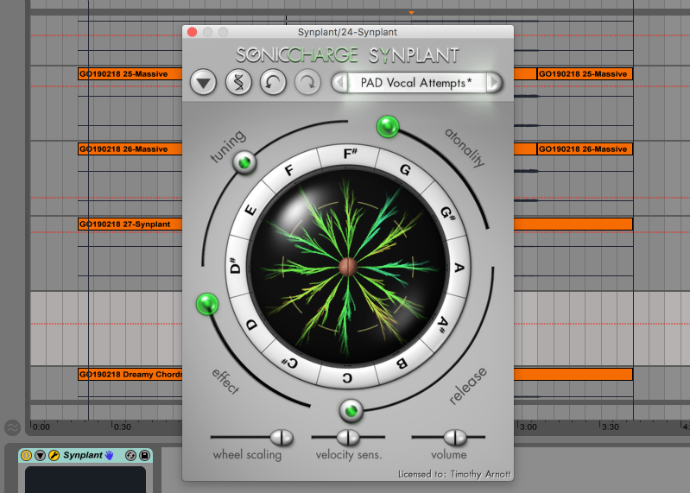 “Synplant is a virtual instrument plugin from the genius mind of Magnus Lidström, I haven’t found another synthesis plugin that can breathe as much life into a track as it can. You create sounds super organically by basically starting with one of the hundreds of preset sounds and “growing” your plant/sound in different ways. There are a few things you can control if you get your head around it but for the most part, it’s completely unpredictable and random. I don’t like following a formula and I often miss the days where I didn’t know a thing about production and everything was discovered by trial and error, Synplant brings this feeling back in a big way.” 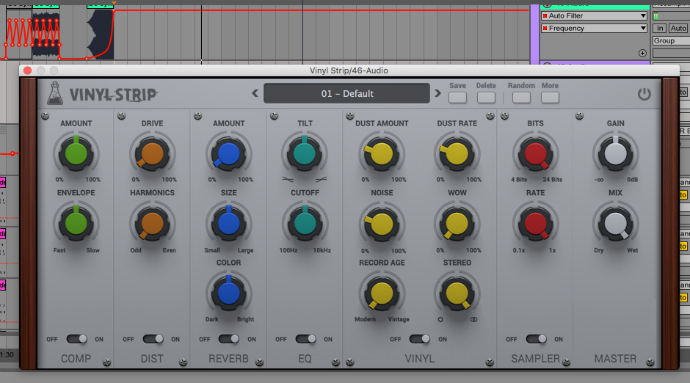 “Another one that I use on pretty much every track without fail. There’s a tone of plugins that do what this does but this one stuck because it sounds great and it’s so simple to use. I love the crackling and wobbliness of vinyl and tape so I’ll throw the dust/noise effect onto most of my tracks at a low volume to give them that little bit of extra character. I love automating the Record Age & Stereo knobs up high and then pulling them off when the drums come in to make a track hit a bit harder – something I’ve done in nearly every track to this day. The WOW knob makes things wobbly so I’m a big fan of that too though I’ve got to use it a little more sparingly.” 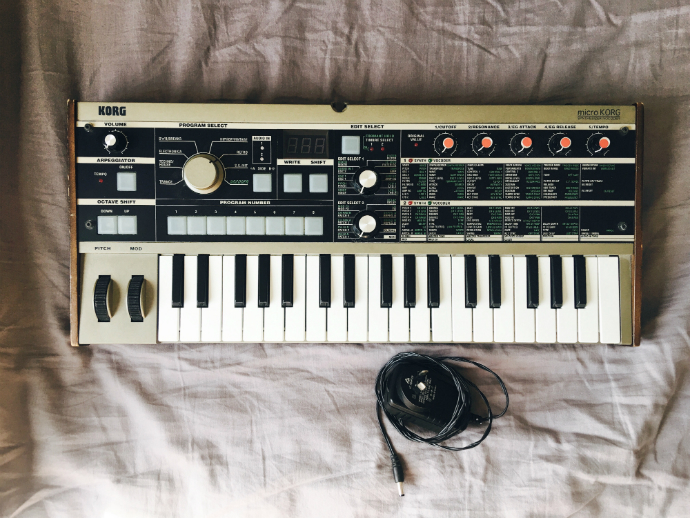 “Unfortunately thanks to Jetstar baggage handlers, this thing now lives on my wall, but it’s had a big part in my music-making so it makes the list. I think having a synthesiser or an instrument that doesn’t have to be plugged into a laptop is super advantageous for getting ideas flowing and even just to put me in the mood to create. I have a lot of fun creating sounds on my laptop but there’s nothing quite like twisting real life knobs and hearing lush sounds coming from a plastic box with an oversized calculator screen.” 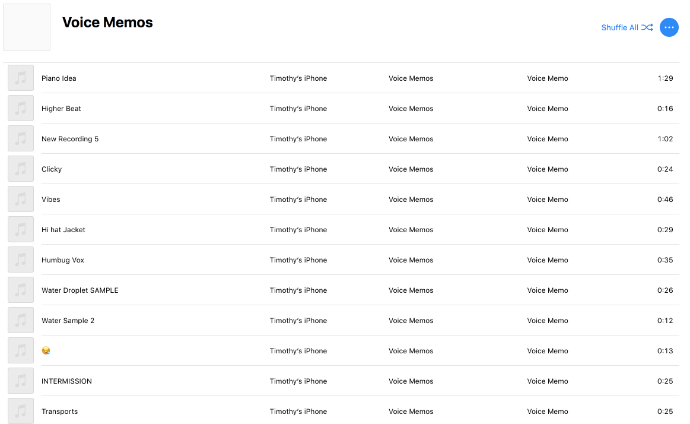 “I use my voice memos a heap to track ideas and for sampling, I’ve gotten into the habit of pulling out my phone whenever I hear an interesting sound. For those with iPhones, you can actually put a button to start recording into the control centre, it’s changed my life. Sonically, I’m really drawn to terrible recordings or pretty average
sounds to sample and then produce up into something listenable – something that definitely stems from the dark days of me trying to record my own vocals and the effort I’d have to go through to make those recordings anything close to passable. I’ve got a terrible memory and I’m always having my musical ideas at the most inconvenient times, so being able to pull out my phone and record at any moment is also a lifesaver.”