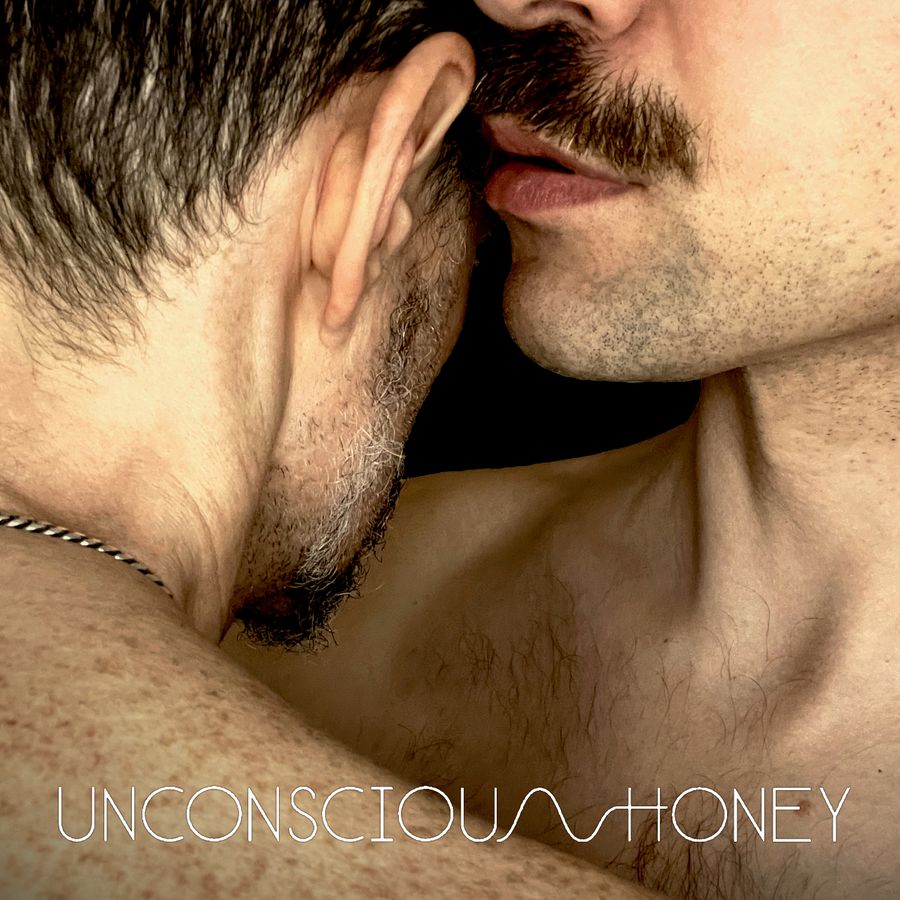 Pre-order the Album, plus Download of “Abandoned To Desire (feat. GRUME)”:
randomrecords2.bandcamp.com/album/loose-beginnings

In Summer 2020, Random Records released the debut album by UNCONSCIOUS HONEY, Being A Stranger, a collection of future synth-pop classics written by Björn Trenker that featured all lead vocals sung via a robotic vocoder effect. Co-produced with husband Paul Bonomo, aka Snax, it distilled Trenker’s life experiences into unique pop creations. Influences ranged from early 90’s pop like Deee-Lite, Army Of Lovers, and Betty Boo to the cinematic aesthetics of Cassavetes, Kubrick and Todd Haynes, to the life and work of authors Gloria Steinem and Samuel Steward. Positive responses included online magazine Kaltblut naming the album one of the best dance music albums in 2020.

This summer, Random is proud to present his second collection, Loose Beginnings, which collects all the songs from the debut, now reinterpreted by an exciting array of queer guest vocalists, all with ties to the open and diverse German capital of Berlin. Participants were given freedom to bring their own unique personality to the songs and the results are intriguing, with new dimensions and human textures added to each song. Trenker expands on the concept: “Loose Beginnings tells a piece of my queer life story. I wanted to communicate that openly and unfiltered. And through these new recordings, my songs themselves become ‘loose beginnings’ for new protagonists.” Three exciting dance floor filling remixes round out the set.

The guest list includes tremendous artists, all at different stages in their musical journey. Joey from the Netherlands, currently working on her own debut album, is a star on the rise, and offers her distinctive and soulful voice on ‘Being A Stranger’ and ‘Good Light’. Swedish born Ed Astronaut, only recently started pursuing his musical aspirations, a ‘loose beginner’ if you will, so he shines on the title track. Polish-German soul singer and frequent Snax collaborator Mavin, formerly with Manhooker, released his debut on Random in 2018, so naturally he was on board to offer pop stylings on ‘Expoloited Devotion’. On ‘Sleepless,’ Mavin is joined by fierce glam singer Dan Perry, currently fronting his own band Merely Minds. Grume, who hails from Hungary and has already made a name for himself in the post-industrial band LATH, takes on the brooding ‘Abandoned To Desire,’ while French-Swiss musician and dear friend Steev Lemercier, provides his unique blend of light and darkness on ‘Radiate.’ Artist and musician Jon Campbell, who made waves recently with two baroque pop albums, was the perfect choice to handle ‘Darkroom Tease.’ And finally, there’s electronic soul musician and co- producer Snax, who brings baritone, falsetto and a choir to ‘High Strung.’

In addition to the re-sung recordings, this collection features three exciting remixes, tailor made for when clubs finally reopen their doors. Berghain/Panorama Bar resident dj ND Baumecker and Snax have teamed up as Snecker. Not only do they mold ‘Casual Touch’ into their own psychedelic 4/4 style, but they involve themselves in the concept of the album with a little re-singing as well. Snax then assumes his Box Office Poison persona to serve up an epic big club, 90’s-style deep dub of ‘Abandoned To Desire.’ Finally, French producer and sound artist Electrosexual delivers audio carnal delights in his Extended Pleasure remix of ‘Darkroom Tease.’

As an extra bonus, Random is offering the entire instrumental version of Being A Stranger as an exclusive release on their Bandcamp page. Now you can be join our eclectic gang of singers and artists and sing along to the tracks that move you, too!

So, be a stranger and join us on our loose beginning, and let’s get…