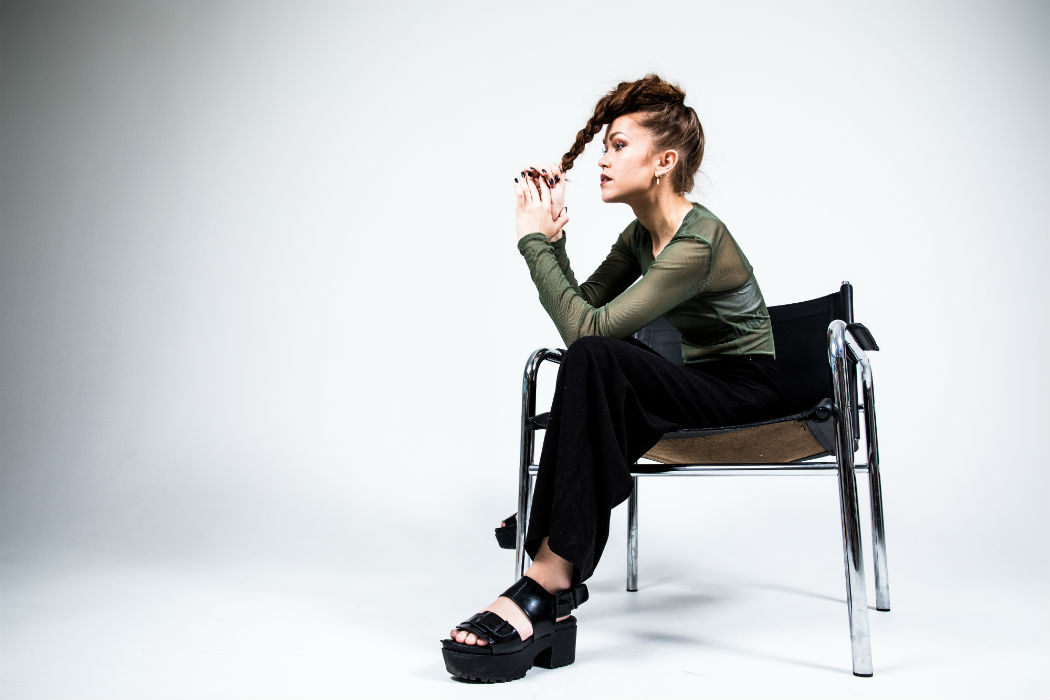 ‘Empty Blockings’ is an apprehensive approach to love and the final chapter of Amanda Mair’s ‘To The Moon’ EP. The rolling beat echoes a pumping heart of a damaged lover, afraid to open up. There’s a promise of protection and security, but will it be strong enough to stabilize the relationship? “In the music video for ’Empty Blockings’ I wanted to show the feeling of the continuous searching” explains the Stockholm native, “The everyday desperation of running away from anxiety and sorrow, but the faith is too weak and puts you in a circle of running and running until you don’t know what you’re running away from.“

Amanda Mair gained attention as a teenager with her debut single, ‘House’ in 2011. The Washington Post praised her grown up Kate Bush sounds, while Swedish newspaper Aftonbladet described her album as one of the best Swedish debut albums of all time. She has also seen features on media like Time Out, The 405, Elle, Seventeen, Billboard and Popjustice.

Amanda has evolved since her debut – both as an artist and as a songwriter, but also as a person. She spent time focusing on herself and growing up. Her maturity shines through her best work yet on Despotz Records. After releasing her double A-side single Rush+Wednesday Amanda has already secured rotation on national radio on Swedish Radio P3 and most recently was picked up by Radio Fritz in Germany on their favorite new music program, in the Spiegel Online playlist as well and catching momentum all over the blogosphere.  Her new EP To The Moon was released on November 17th.