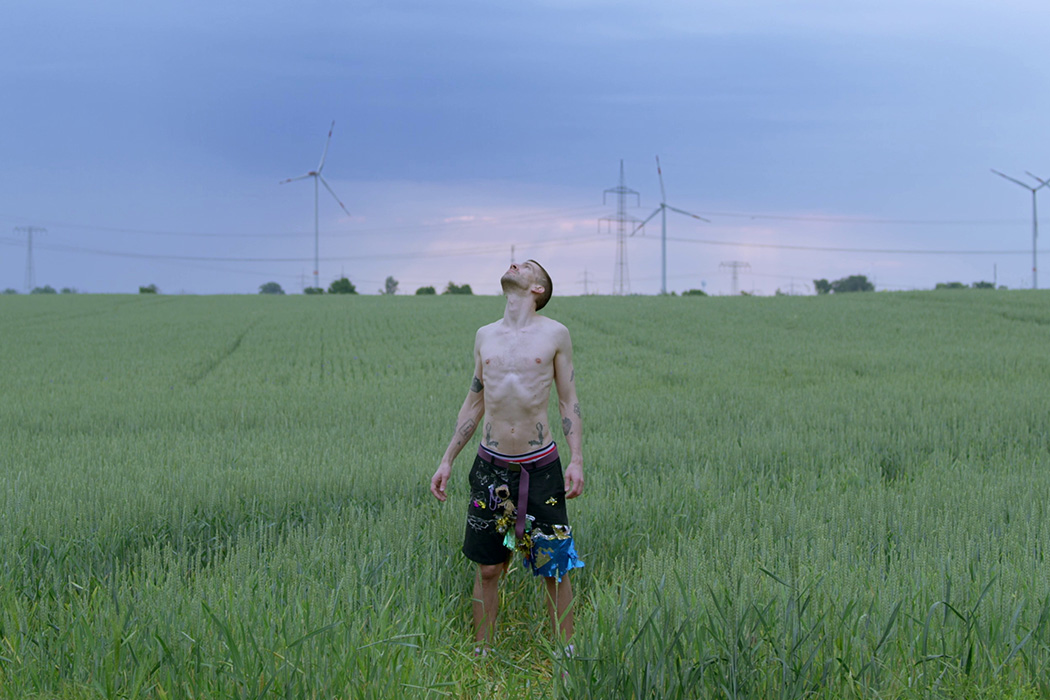 aMinus is back! I’m probably his biggest fan and I’m really looking forward for the new album from the electro-pop wunderkind from Berlin. In the first video from the upcoming album directed by Clémentine Decremps, aMinus is the star of his own perfect world, where reality is covered in gloss, a pink carpet rolls out wherever he walks, and bystanders turn into dancers (the amazing Flamingogos). The real world soon catches up with his ideal, and the staging wears out as the competition within gets too strong. If he cannot be king, the only way out is to run away. But where to? Rio?

Clémentine Decremps’ vision of a kitsch and nostalgic world where dream and disillusion intertwine is enhanced by her collaboration with Cécile Wesolowski, who designed aMinus’ costume and elements of the set.
www.aminusmusik.bandcamp.com
www.facebook.com/aMinusMusik
www.soundcloud.com/aminus
www.aminusmusic.com