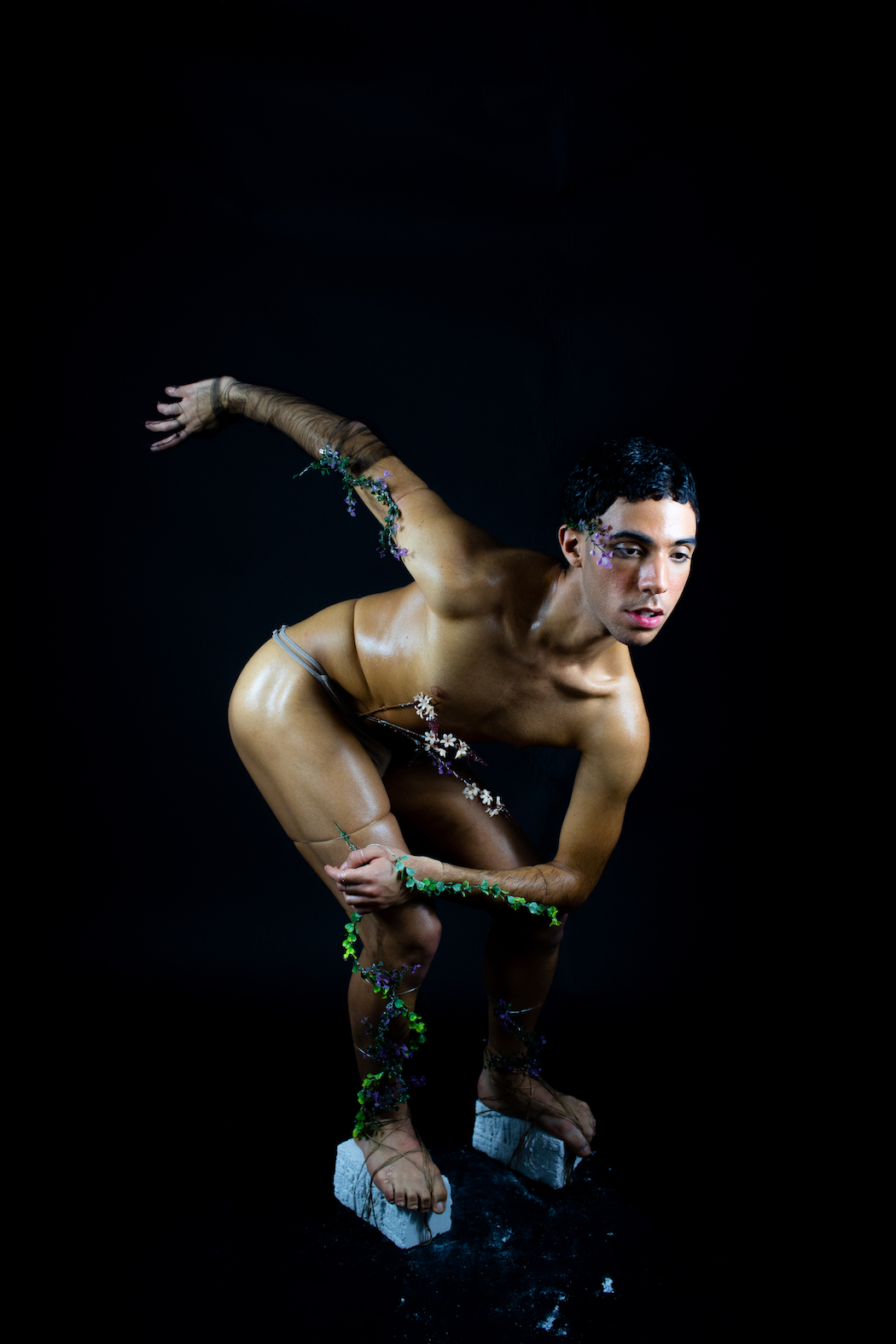 Brazilian music producer, vocalist and dancer Andras_2020 teases the release of their debut EP Cuerpo Temperamental with the immersive single and video for ‘Sereia’. Drawing references from pop, Afro-Brazilian percussion and experimental, ‘Sereia’ is a tactile and vibrant introduction to Andras_2020’s music. Combined with visuals by 3D artist and musician Lukas Becker, the new single shines a light on themes like queer desirability and mysticism. Andras explains: “’Sereia’ means Mermaid in Portuguese. I wrote this song about the relationship between danger and sexual desire as a trans body. And what it means to surrender while upholding self-agency. On the track and its lyrics, I explore notions of this same desire that hover around the mermaid archetype. To be more specific, around the native-Brazilian myth Yara, a freshwater mermaid that’d attract men to kill them afterwards. This is a self-empowering song about taking back the power through revenge while living in ambivalence.” Cuerpo Temperamental will be released on April 9th via acting in concert.

Lukas Becker about the video: “The viewer is guided through a post-digital, computer-generated world. In some moments one can experience this 3D object world as actual reality, at others, this reality is disturbed/recontextualized by long shots in which the 3D world/reality is revealed as it is – tension between HDRi photographs and CGI. Transforming, evolving through a safe space. Small beings or theybies as they’re called, guide and protect the center matter in its journey of transformation to a body. *・ ゚゚・*:.。..。.:*・ Special thanks to HDRi Heaven and Blender.” 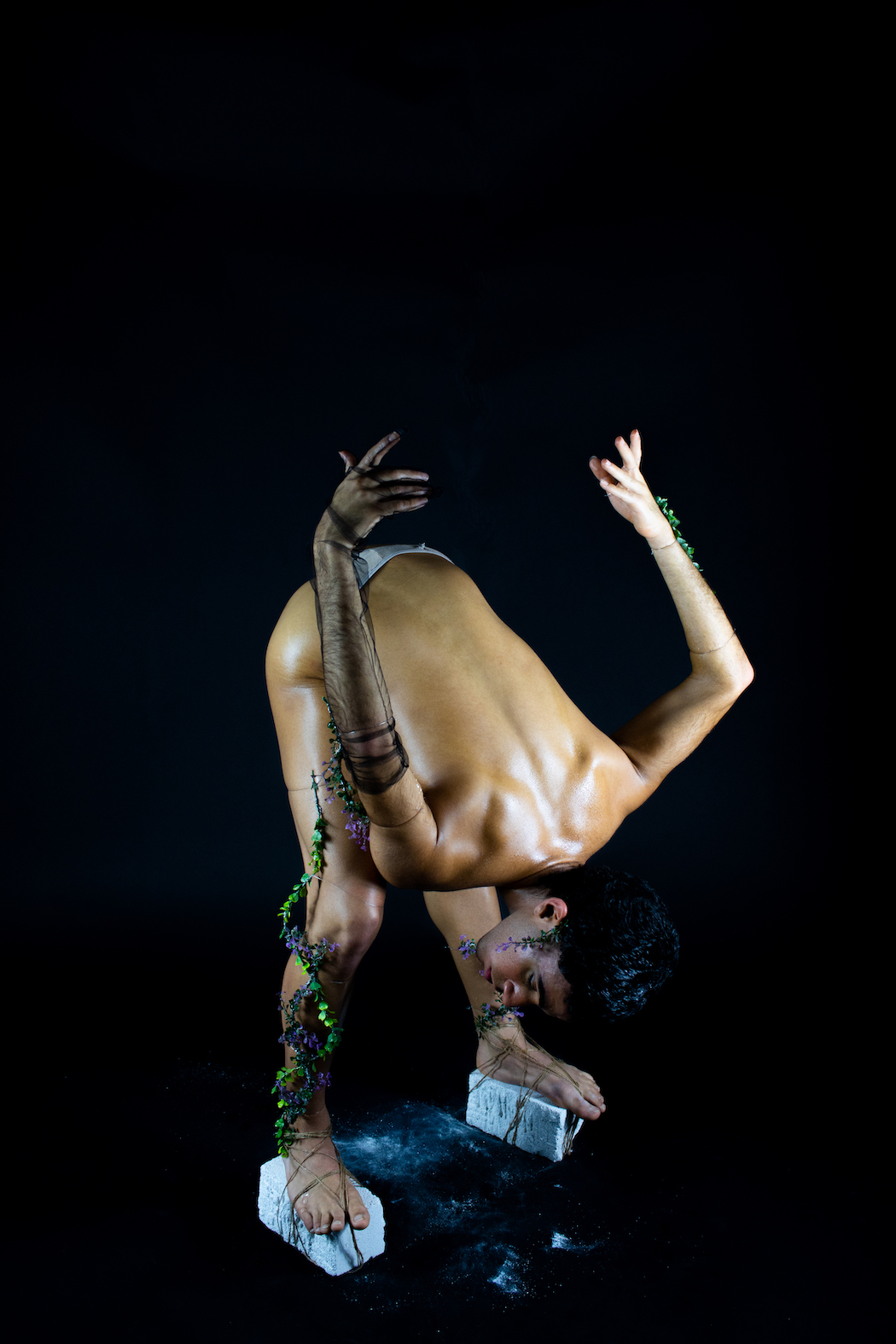 Andras_2020, also known as Igor Meneses, is a Brazilian music producer, vocalist and dancer based in Düsseldorf, Germany. Since its beginning, their creative work has spiralled between performance and music in a broad sense, but it was only in 2018 that they stepped into the world of music production. Since then Andras has composed two soundtracks for dance pieces from the collective Not Fabulous and released their work in three editions of the Mutants Mixtape and on acting in concert’s Fragile Solidarities compilation. Together with Angel Demon and Ygor Bahia, Andras_2020 founded the collective Maze Recordings.

On their debut release, Andras_2020 makes Cuerpo Temperamental their own sound universe. Featuring 7 tracks and explicit lyrics, the EP combines the most diverse of musical influences – from hyperpop and baile funk to neo-perreo. Queer empowerment, sex and healing in apocalyptic times, are themes that create the work’s narrative and float over the melodies and extravagant percussion of Andras_2020. The release is a Latin-experimental celebration of transformation and a collection of tracks to dance and sing to.

‘Cuerpo Temperamental’ drops April 9th 2021 on acting in concert. From the 20th till the 22nd of August, the festival ‘acting in concert – fragile solidarities’ will take place in Witten in the Ruhr area, where Andras_2020 will be performing live for the first time.

“Since 2017 acting in concert has built a context for queer and anti-racist projects, that experiments with how people gather through sound. acting in concert is mostly based in a very small city called Witten in the Ruhr area in Germany where we organize festivals or concert evenings if we can muster the courage and endurance to go through with it. Since 2020 acting in concert has also been working as an online label. In all these works we would like to try to focus on ways of relating, such as solidarity, responsibility and care. Together we want to practice how we can create spaces in music that are as free of hierarchies as possible and hopefully are places of retreat for many people – against a violent normative, racist, patriarchal and capitalist world.”