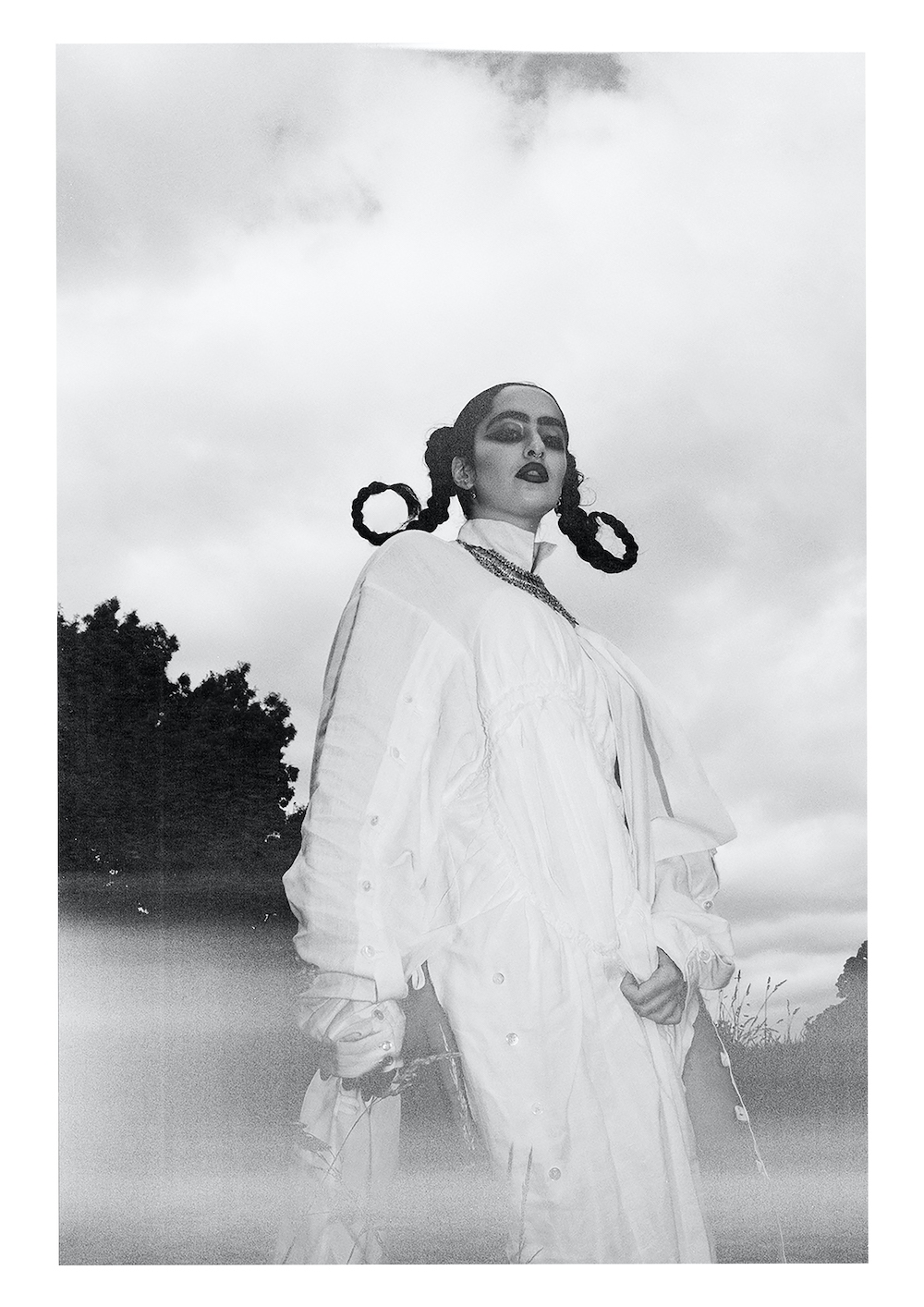 London-based producer and singer AZADI.mp3 drops the incredible song and video for ‘NAZAR’. Speaking on the new single, AZADI.mp3 says: “‘NAZAR’ is a song about being fucking angry. It came during a period in my life where I was working through a lot of resentments and frustration that I hadn’t been given room to voice, and I was sick of whispers, of things half-said and unspoken, and sick of all the monsters writhing in the shadows; out of reach, yet still watching. I wanted my anger to grab the mike, take the stage, and to set fire to the whole venue, laughing.” On the video, AZADI.mp3 continues: “‘NAZAR’ is about being watched. Screens are like portals, transporting the image of the person away from the soul. Sticking out like the universe’s sorest thumbs, three girls endlessly hunt down a portal on the eve of breaking. London is miserable and the smell of it clings to their clothes. They’re sick to death of it all. Getting lost in screens. Wouldn’t it be nice to take a baseball bat to the whole fucking thing.”

2020 saw AZADI.mp3 feature on God Colony’s ‘Please’. The track was premiered by Mary Anne Hobbs on BBC 6Music, and saw press support from DAZED, Mixmag, TRENCH and many more. Debut EP release ‘Summer in the Crypt’ was created whilst AZADI.mp3 was part of the 2019 NTS Work In Progress artist development programme, an initiative that supports just 8 musicians worldwide in the creation of new music. The EP garnered press support from COLORS, Dummy, Gal-Dem, Carhartt and radio support from Jamz Supernova (Top 5 EPs, BBC 1Xtra), BBC London, NTS, Reprezent and more. Previous releases ‘Who Is AZADI.mp3?’ and ‘Aphrodite’ has received support from the likes of Klein on BBC 6Music and Rinse FM. Live highlights include supporting Lafawndah, alongside shows at Corsica Studios (NTS WIP), Laylow and for Dummy Magazine.

NAZAR is out now: https://ada.lnk.to/NAZAR