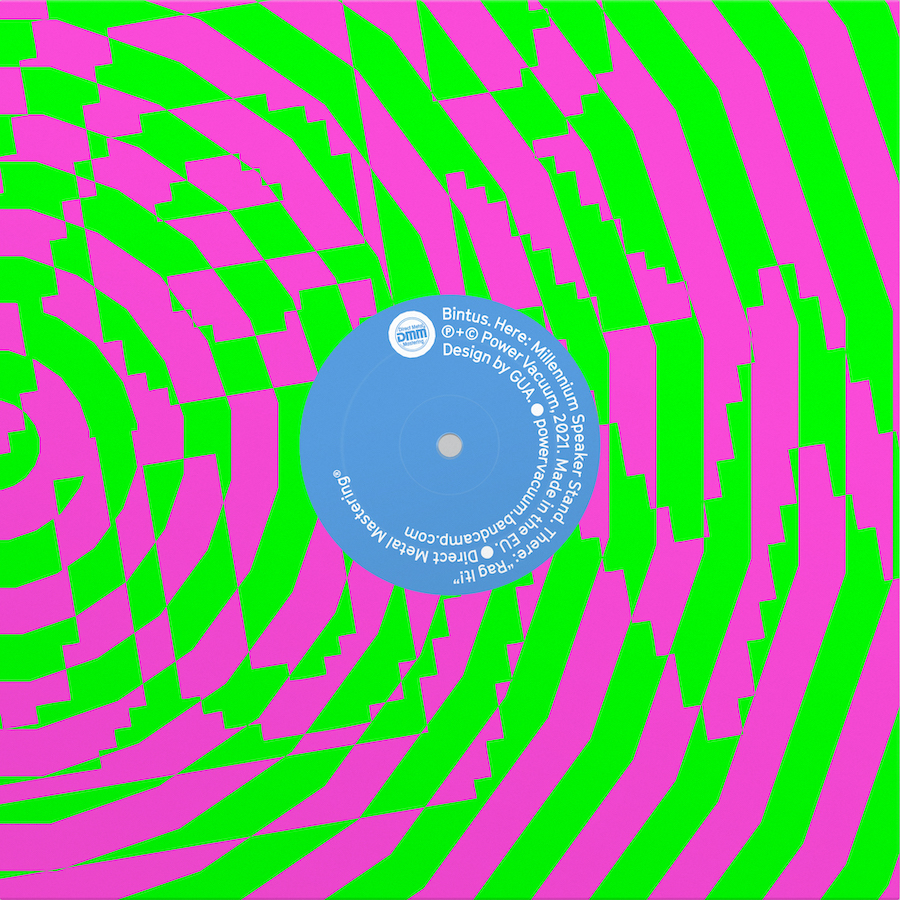 Calling all blowhards, cosmic-jesters and techno-goons: Bintus is back at the juggernaut’s wheel, belching flames and generally causing a right old stink. After a five-year hiatus adrift in the fusion zone the angry behemoth returns to bring the pain. Grinding his gears hard on this toxic two-tracker, old man Bintus throws down a barbaric acid gauntlet; guaranteed to satiate the inner panel beater in even the most battle-hardened rave warrior. “This record is probably the last release on Power Vacuum, so finishing where it started with my take on an acid track with some techno fun on the other side,” Bintus says on the release.

I’ve made several videos for Milo’s Pow Vac label over the past few years and each one I’ve used as an opportunity to experiment in ways you’d rarely be able too, in any commercially driven area of creativity. I always know he’ll be into whatever I come up with, no matter how weird and he’ll always encourage you to go further with it. Looking back at all the videos I’ve done for Power Vacuum, I can see now that they are an attempt to hallucinate, reach in and pull the pixels out of the screen. This last one pulls the eyes of the viewer from their sockets and tessellates them.

In true Pow Vac tradition Bintus bows out with a brace of scree-face electro grinds. Rag It! gets medieval on your ass then quits the scene in a wheel spin of cosmic dust; leaving your brain to cessate in rapturous turmoil. Millennium Speaker Stand slaps a gutsy acid line against a pock-marked 7/8 beat, while in the background the fabric of society breaks down – a not unwelcome aural distraction in these turbid times.

So, enjoy one last night ride thru babylon with Thee Prince of The Retail Park. As the tyre smoke recedes we are left in a haze of joy, sensory disorientation and the hope that visionary lunatics like Bintus will continue to rescue our souls from the stasis grip of consensus reality that threatens to consume us all.

Rag It! is out now via Power Vacuum: powervacuum.bandcamp.com/album/rag-it