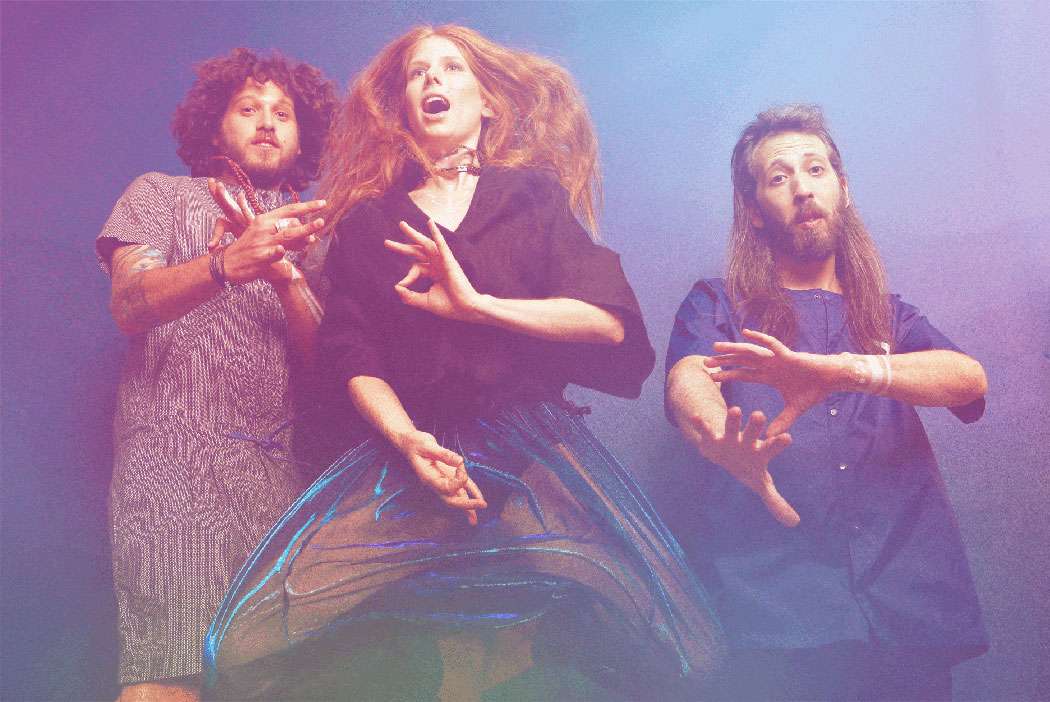 Let´s start the week with some new music: The Runner  – The closing song in Buttering Trio’s new album ‘Threesome’. Perfectly balanced together, drums loop and deep bassline hold the intimate vocals, analog production gives it its’ smokey sound. The song speaks of The human who lives in the illusion that something needs to be achieved, somewhere has to be reached. Constantly in motion, therefore – The Runner. Buttering Trio are three gentle souls from Tel Aviv trying to bring the funk to the desert. Using heavy beats, fat bass lines and sweet yet poignant lyrics, they try to bring some peace in a troubled region. What started out as studio jams in a smoky basement in Berlin evolved into a world-wide-touring music-making three headed love monster.

Rejoicer, Beno and KerenDun are all musicians and producers, a fact that is felt in their uncompromising sound. Their live show is a non-stop experience, one psychedelic groovy journey through the mixture of their subconscious minds.  The trio’s combination of loop-based beats with live instruments (saxophone, vocals, synths and bass) creates a natural and refreshing flow between atmospheric sounds, jazz explorations, and broken rhythms.

Their psychedelic voyage, (also known as the live show) appeared in several places around the globe through massive venues such as Jazz Café in Camden, Global Copenhagen, underground clubs like Bi Nuu in Berlin or Loftas in Lithuania and big festivals – Fusion Festival, Garbicz Festival, Strawberry Festival & many more.

The album was created in 3 different studios around the world – Trixx Studios in Berlin, Fossil Studios in London and Firehouse Studios in Tel Aviv. All the sessions were driven by an uncompromising sound approach, yet always with the natural twist of noise. The creative process was in liquid form – it could be an intuitive beat making upon which harmonies and lyrics are laid, or it could begin with a well processed harmony to which a rhythm is matched.The song making was always potent with playfulness but the big picture was solid.

Influenced, as always, by round-the-galaxy rhythms and ideas, from indian ragas thru tribal music to archetypical melodies with a drop of dub, this is definitely a new kind of genre. Or no kind at all. This style represents our music and comes to a perfect extraction in this album. Each song stands for itself as an individual, tells a single complete story, still contributing to the harmony of the whole. The special kind of tension between the single song and the whole musical vision is one that we play with, in our live concerts and in this new album specifically. The album owes its’ existence to the uniquely changing relationship between the three of us. A relationship that manifests through communication that allows space and mystery, and is based on the common primal acceptance that nothing stays the same.” 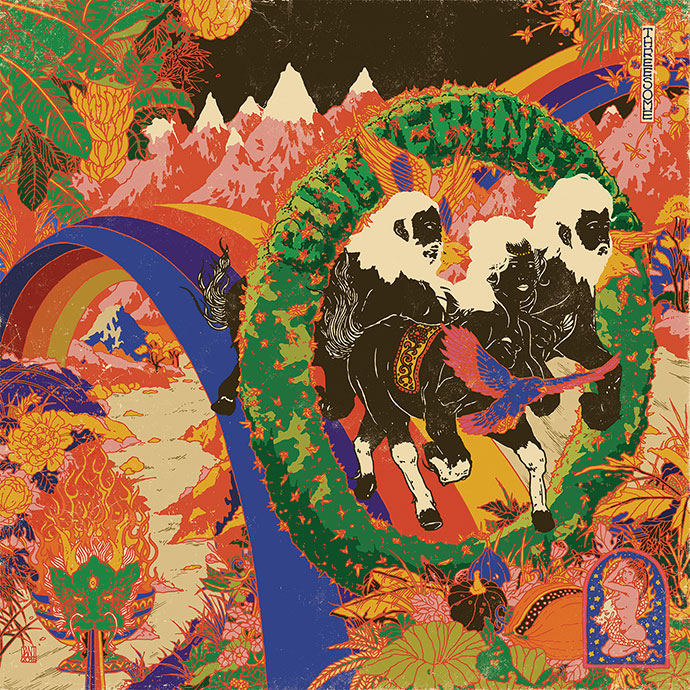 The songs are: Love in music, Dig deep, Star shroom, Unexperienced, To be Someone, From the tree, I’ll be fine, Weekend vinyl, Wait, Ana bhebak, Refugee song