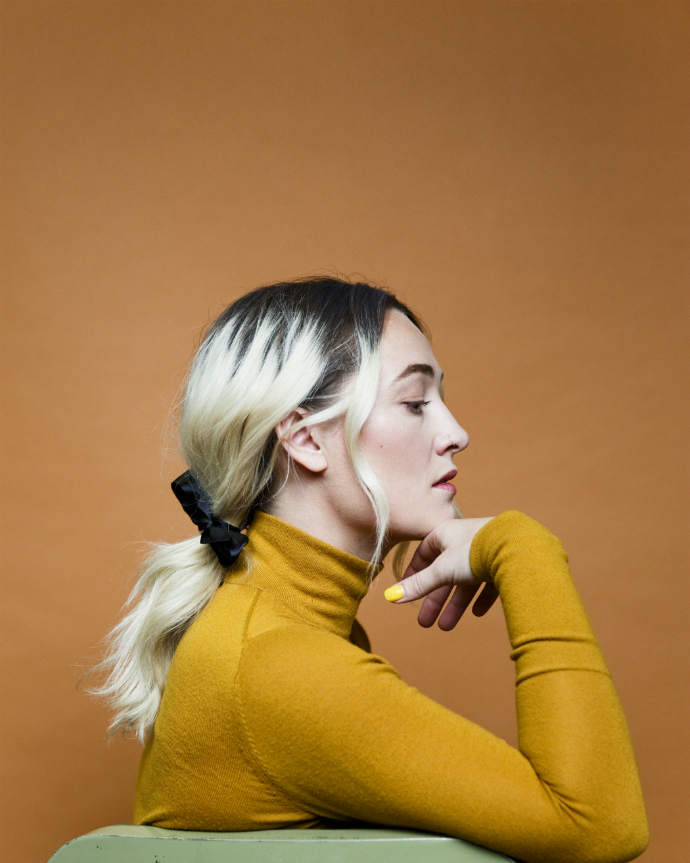 The songs of For Esmé push the limits of pop to embrace beauty while provoking an honest exchange of identity and inner voice. With electric anthems steeped in bright melody and driven by deeper meaning, For Esmé makes music for this moment. Inspired by lead singer Martha’s personal frustrations as a woman working alongside all-male teams, ‘Doubtmouth’ faces dealing with repeatedly being labeled “too combative” and “too confident” even though those qualities earned her the positions in the first place. ‘Doubtmouth’ is the lead track from her upcoming LP Righteous Woman out this May.

“Over the past few years I’ve worked in four different all-male teams for different jobs and I was exhausted from all the tiptoeing I felt I had to do be heard. I found repeatedly that if I spoke the same way the men on my team spoke, that I would be treated negatively for being ‘too confident’ or ‘too outspoken’ or ‘too combative’ — even though it was precisely these traits that got me those positions in the first place. I have experienced being labeled an ‘angry woman’ first hand, and I am a very level person. I dove into some psych studies and found the results disturbing. In a blind test, when men and women promote the exact same opinion assertively to a group (word for word), subjects overwhelmingly shift their opinions to agree with the man when he speaks, and are more likely to push against and oppose the same view if it comes from a woman. It was a relief to discover this wasn’t in my head, but it was also incredibly frustrating — if the bias runs that deep in both men and women, how do we overcome it?” – Martha Meredith