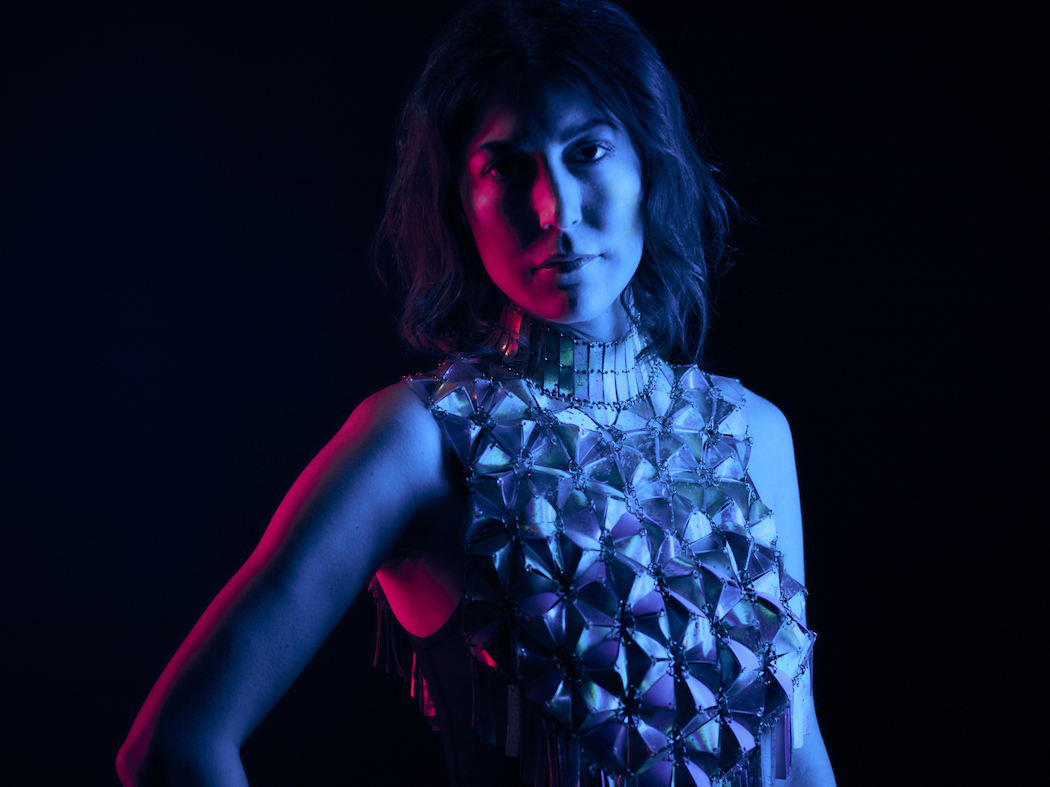 Recorded at Giant Steps last year, Francesca Lombardo introduces a new rendition of her single ‘Call Me Wrong’ taken from the 2019 LP Life of Leaf. Incorporating more power with live elements, including guitar and new vocals, ‘Call Me Wrong’ is followed by remixes from The Orb and 808 State alongside Francesca’s own club interpretation and an official video. “With the video we wanted to show some of the key visuals in the live track, as well as the performance keeping it unique, pulsing, red and wicked,” explains Francesca. “We were inspired by Suspiria, Dario Argento’s movie while the live show was also inspired by the Stop Making Sense Talking Heads Live show.” Francesca Lombardo’s Call Me Wrong: Remixed will be released 21st February 2020 on Electronic Elements.

Italian-born and classically trained, Francesca carved her path in electronic music. Criss-crossing the globe as a DJ and live performer, she’s played monumental shows including IMS Dalt Villa, Burning Man, Tomorrowland, Get Lost and Circoloco. In tandem Francesca has built up a formidable back-catalogue of music on esteemed labels: Poker Flat, Crosstown Rebels, Mobilee, Leftroom, One Records and her own Echoe and Echolette imprints amongst others. Following the debut album Life of Leaf, an LP that merges the world of electronic music with her classical upbringing, alongside her Life of Releaf project that tackles the issue of climate change and deforestation, Francesca Lombardo’s work isn’t just art alone, but a powerful statement to the world.

Entering a new phase of her career, Francesca unveiled her debut album in 2019, a collection of songs representing the essence of what she’s all about.. forward-thinking, powerful and made from the heart, merging the world of electronic music with a classical upbringing, set to uplift and engage people from all walks of life. Francesca’s passion and drive for innovation in music serves as the fuel to keep her inspired and relevant, destined to soundtrack our lives for years to come.

Francesca Lombardo’s work isn’t just art alone, but a powerful statement to the world. Following the debut album ​Life of Leaf, Francesca has recently launched her ‘Life of Releaf’ project that tackles the issue of climate change and deforestation by donating money from album and ticket sales to plant trees in partnership with non profit organisation, One Tree Planted.