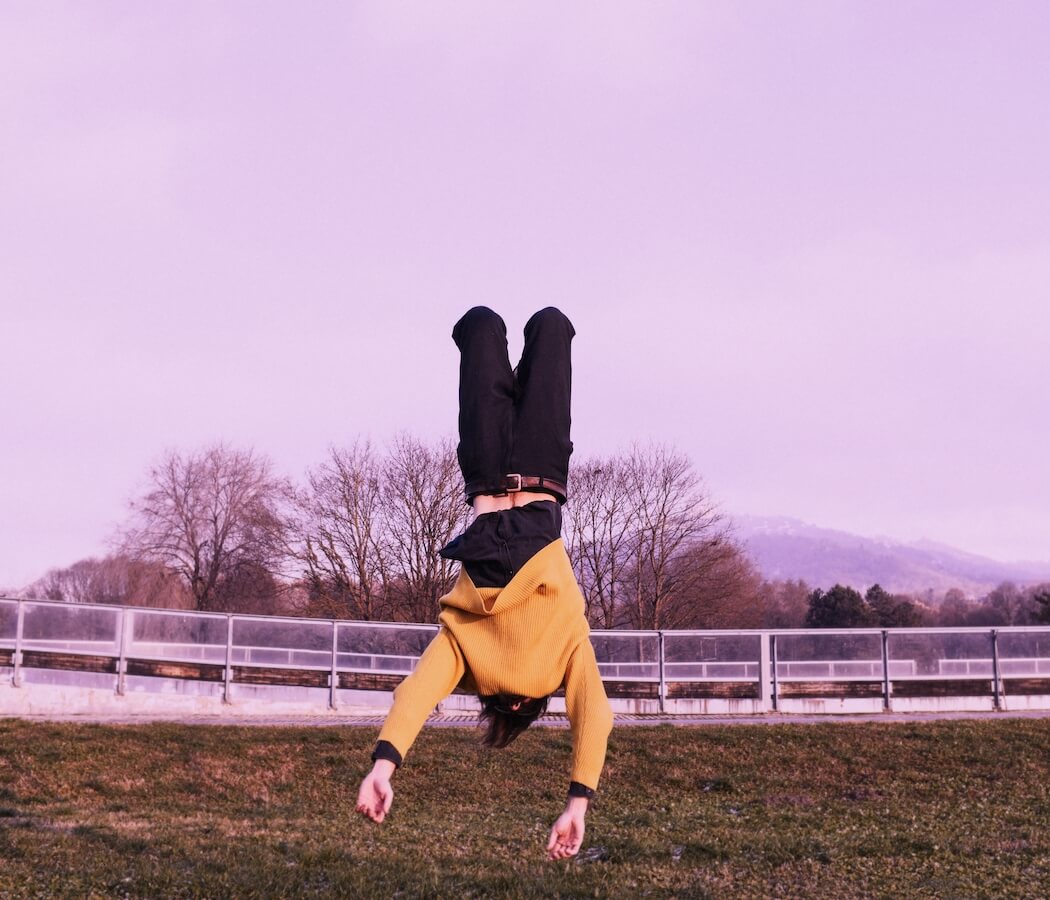 Turin based producer John Bringwolves teams up with London based set designer and multimedia artist Afra Zamara to bring ‘Waiting’, the first single and episode of a quarantine story. Starring mutual friend and dancer Richard Pye, the project attempts to explore the artist’s own emotions and reflections experienced during the lockdown through their own narrative. “’Waiting’ is a track that I stumbled back upon during the first days of the lockdown,” says John. “I wanted to do it for a long time, the familiar feeling of when you can’t wait to take a pebble off your shoe which is bothering you. I composed thinking about the moment when you’re waiting on the subway and immediately, even if you are surrounded by people, you shut off and you start thinking about your life, about the choices you made in that period, the future, the different places, the people that are close to you and you reflect on those you no longer see. It often happens when I pause or literally when “I’m waiting”. Without any doubt, this feeling has intensified during the lockdown. We all had to stop, due to the virus; and just like you would do on the subway, you begin to think more deeply about affections, work and passions. Then all of a sudden you stop thinking and you just put on a record, you start playing music or dance in your house.”

He continues, “Waiting” was born with the intention to let you explore the feeling of dancing freely after having unplugged from a world filled with existential worries and doubts. With this thought, musically this was carried out with the intention to evoke the repetitiveness of the daily routine as if it becomes a trance-like-state of mind and body. In other words, a way to represent my own coping mechanism with the life spent in quarantine. Initially, for the video clip, we imagined it taking place in a subway in London. In early April Afra called me from London and told me that she was at home with Richard, a mutual friend of ours who is a professional dancer and who had lived for a few months in my house in Turin. She suggested the idea of ​​shooting a low-fi video at home. The video exceeded all expectations because it is a true representation of the quarantine, a photograph of abandoned objects, mess, reduced spaces and of the frenetic consequence of wanting to dance freely in your own bathroom, on the bed or (if you’re lucky) the garden.”

Afra further adds, “The music video ‘Waiting’ stands as a visual exploration of a singular coping mechanism experience during the period of the quarantine. Playing with the song title and the idea of time-based uncertainties that have met us globally during the COVID-19 Pandemic, ‘Waiting’ was intentionally self- discovery on the basis of finding a domestic environment creatively stimulating. An appeal to the low-fi domestic aesthetic has occurred by utilising mediums such as iPhones and a cam recorder to document the progression of the character in this relatable scenario. The decreasingly claustrophobic feel of the visual can be seen with the aspect ratio shifting from a tight 4:3 to an opening wider in a 16:9 frame. The main character overall the piece temps to appeal to visual dynamics and editing that can be found in social media platforms such as Instagram (Insta stories), Tik Tok and so forth. This was carried out to reinforce how these platforms have become the only means of keeping social life active within the social and physical restrains. The main character redeems his boredom within the routine by physically liberating himself in a dance routine that gradually allows him to break free.”

‘Waiting’ is out now:
https://linktr.ee/john_bringwolves