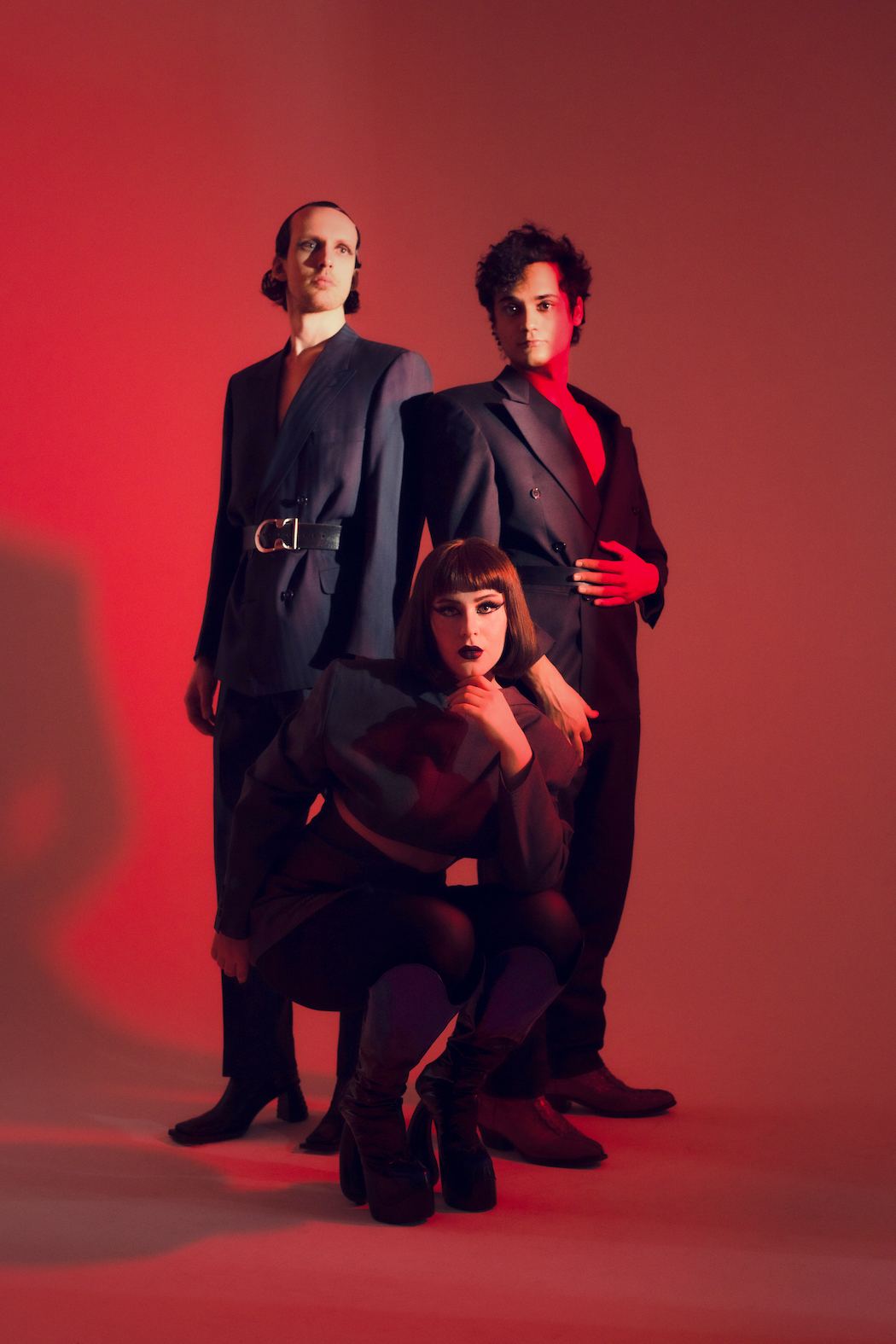 Berlin-based artists Juno Francis and Alejandro Molinari release their newest disco-drama ‘Symmetry’ – a story of a divine affair in a paradise setting – on Italians Do It Better. The synths were recorded in the studio of legendary producer Breakbot and the video in one of Berlin’s infamous clubs. Director Marcus Spitta explains, “The video was shot in the empty halls of the KitKatClub which was an intense experience itself and definitely influenced the atmosphere of the scenes we shot. It felt so unreal to shoot at this place we all remember to be filled with life and energy.”

Juno Francis
The lovechild of a 60s gentleman and an 80s lady. Psychedelic and glamorous, haze and glitter, hypnotic and dramatic. Her voice flow into your heart and melt it like ice in scotch. As you feel weak in your knees and faint out of pure love you land on his bed made out of silky smooth synth pads. Enjoy your interaction…

Alejandro Molinari
Alejandro Molinari is a Venezuelan-born, Berlin-based producer who in recent years has become one of the strongest proponents of Dark Disco and Indie Dance, forging a unique aesthetic that transcends a wide array of musical and cultural references. Drawing inspiration from a range of styles such as ancient Middle Eastern music, Post-Punk, New-Wave, and the origins of Techno, Alejandro uses analogue synthesizers, exotic scales, and the Solfeggio Tones to suffuse his soundscapes with unique electro-magnetic frequencies.

Symmetry is out now on Italians Do It Better: https://idib.ffm.to/symmetry