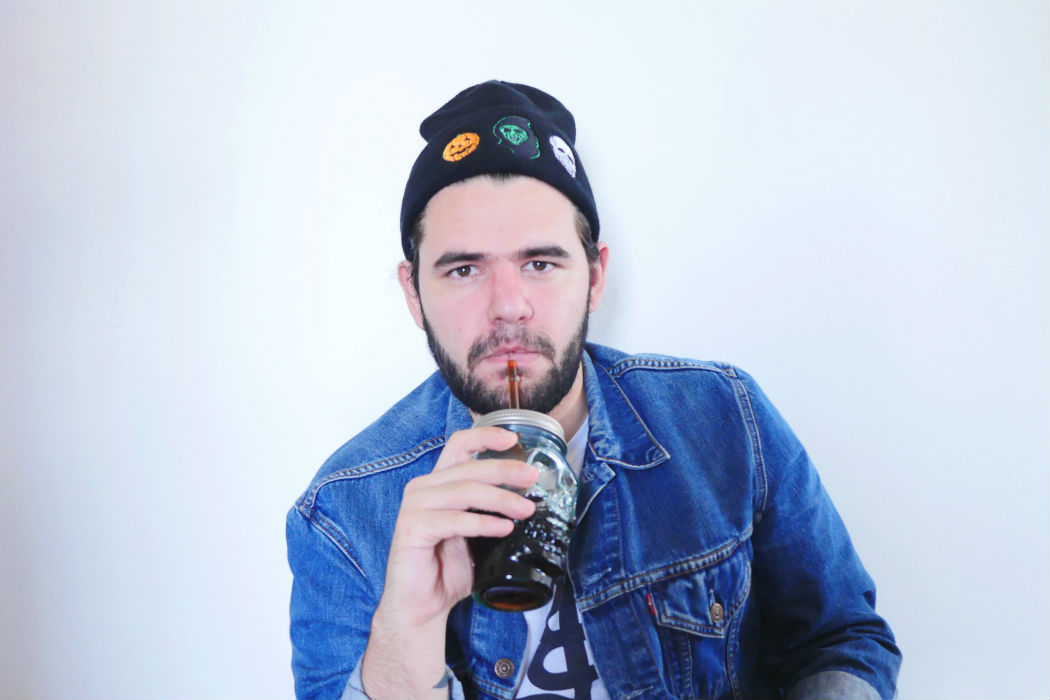 Written and directed by Dimitris Kotselis, we’re excited to premiere the latest video from Greek producer and songwriter Kid Flicks. ‘La Voix Surréaliste’ is the opening track of his new self titled LP. The track’s lyrics describe the pains of agoraphobia and reference Greek poet Andreas Empirikos among others, through a surrealistic progression which unfolds the song. Shot in Bournemouth, UK, the video expands the track’s universe by paying a homage to the third standalone installment of the Halloween series. Spooky stuff.

Kid Flicks is the sonic alter-ego of Greek producer and songwriter Nickos Dervisis. Born in the island of Lefkada and raised in Athens, Nickos abandoned his graphic design studies in 2010 to focus on music. In 2011 he released his first full-length Hearts of Gold, a world-music-obsessed bedroom pop album recorded through his MacBook in and out of the typical studio environment. After many gigs and two more releases through Bad Panda and Inner Ear Records, Dervisis formed an elastic ensemble (1-4) focusing on the relationship between electronics and samples with live drums and exotic percussion. This expanded sound became the creative engine for Flicks’ next self titled full length. Highly influenced by the bright side of contemporary Athenian life, multiculturalism and the internet culture, Kid Flicks created an album full of upbeat pop melodies with gloomy lyrics, exotic percussion and an abundance of harmonised layers drawing from various genres and styles.

‘Kid Flicks’ is out now