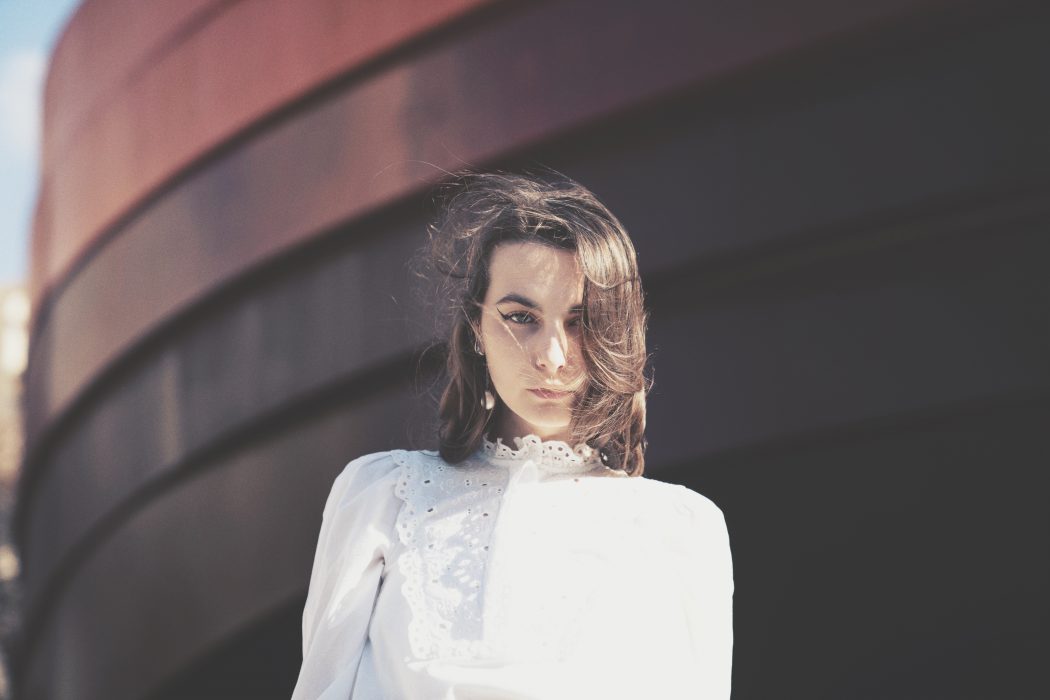 As the shift and palpable change that comes with the turn of seasons arrives, Lara Snow returns with an infectious, fun electro-pop gem ‘Swim Far’. With it is a new direction that sees a tangible departure from the darker, industrial drive of her previous singles. Taken from her pending debut EP ‘Delete Forever’, Snow delves into the softer side of the genre on ‘Swim Far’ without compromising on the high drama and commanding energy of her earlier offerings.

Having relocated to Berlin from Tel Aviv for some time in the winter of 2016, the results of city’s ability to allow one to immerse themselves into the murky depths of self-imposed isolation and hibernation is displayed resolutely in her songwriting. Juxtaposed with an unexpected lightness, her distinctive vocals with its compelling quirks bring to mind the urgency and determination to push through. Snow says, “In a place with no one or nothing to lean on, I often felt like I was drowning, but the survival instinct was stronger. I knew I had to learn to adapt to new situations faster than I did before”.

The universality of coming of age, love, loss and control doesn’t detract from individual perspective and feeling of experience. As Snow elaborates on toxic relationships and heartbreak, she says, “I became a sad girl and I was trying to float in a world that was dark. I carry these feelings with me ‘til this day. I think this is also the reason why water metaphors come often in my songs, for a long time I was trying to reach out for air and felt like I was choking, fighting to keep my head above the water.”

Filmed in Geneva and Tel Aviv, given the expansive quality and aesthetic of the dreamy video, it is difficult to spot the fact that the music video for ‘Swim Far’ was shot on an iPhone. Snow further explains the DIY approach in creating this with her partner Jonatan Harpak. In conveying the emotions, she says “[It’s] not to tell a story, but to pass on a feeling: how does it feel to be surrounded by people but still alone”, whilst at the same time offering hope in its summertime inclinations.

Lara Snow’s debut EP ‘Delete forever’ is due to be released later this year.