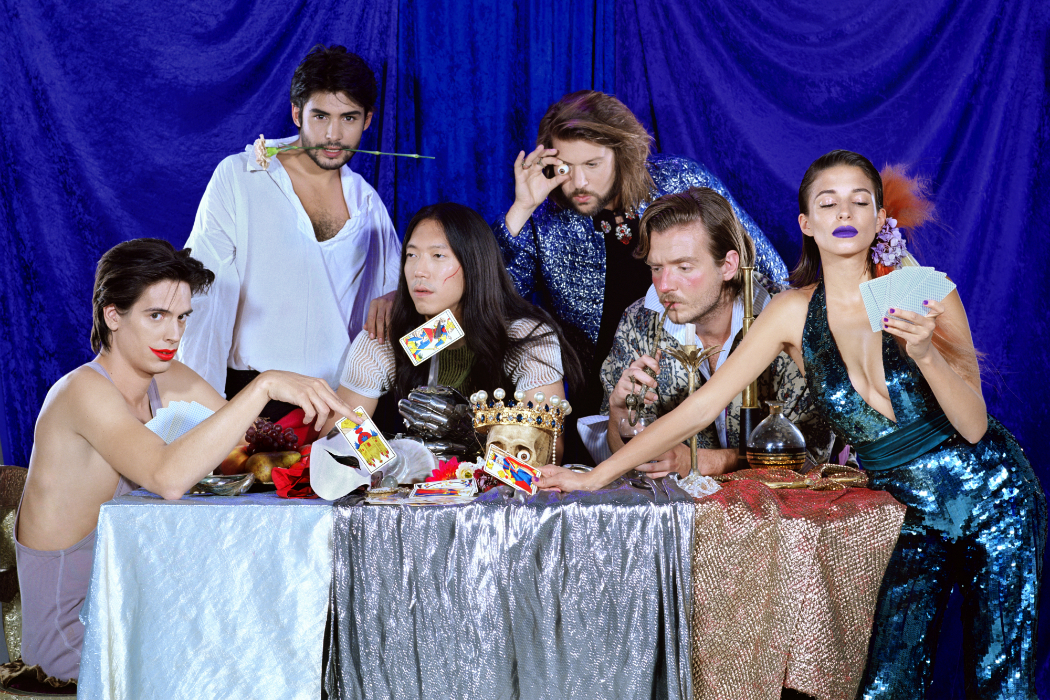 The window of a limousine slides down. Memories come flooding back as our main protagonist is handed a photograph by a mysterious man. A surrealist story dotted with abstract characters and questionable scenarios begin to unfold in L’Impératrice’s glittering homage to the 70s. Inspired by the disco greats, from Aretha Franklin to Kool & the Gang, myths throughout the ages, and seductive triple agents, the Parisian package showcase many lives throughout ‘Matahari’. And it all starts with an egg.

“Impératrice” is French for “Empress”, and if their moniker is the most difficult thing to grasp for anglophones, then musically there’s nothing that doesn’t translate. The Parisians draw from a range of genres, from 70s disco to downtempo 90s synth pop, taking in French film composers like François de Roubaix and Michel Legrand along the way.

L’Impératrice’s ‘Dreaming of You’ EP arrives in 2018 with all the pomp and circumstance of a coronation. The release is laden with sumptuous grooves and replete with potential singles, subsuming all the elements, from Air to Frank Ocean. ‘Matahari’ mixes analogue space disco with ostentatious, irrepressible funk, a mightily impressive undertaking featuring swooping philly strings and emphatic bass. It’s an ambitious production with a percussive core that was clearly recorded live in the studio, and while there are many layers, it’s pieced together with a deft hand. The track returns as a penultimate instrumental send-off, and‚ Là-Haut‘, a weightless and dreamy instrumental to open proceedings, features some inspired peripatetic bass from Gaugué and some diaphanous percussion that melts in the ears. Elsewhere ‘Paris‘ captures the contemporary mise en scène of the bustling la Ville Lumière, with a delectable vocal performance from Benguigui. ‘Dreaming of You‘ is a steamy, almost claustrophobic collaboration with electropop kindred souls and labelmates Isaac Delusion.

‘Dreaming of You’ is out March 2nd 2018 via microqlima