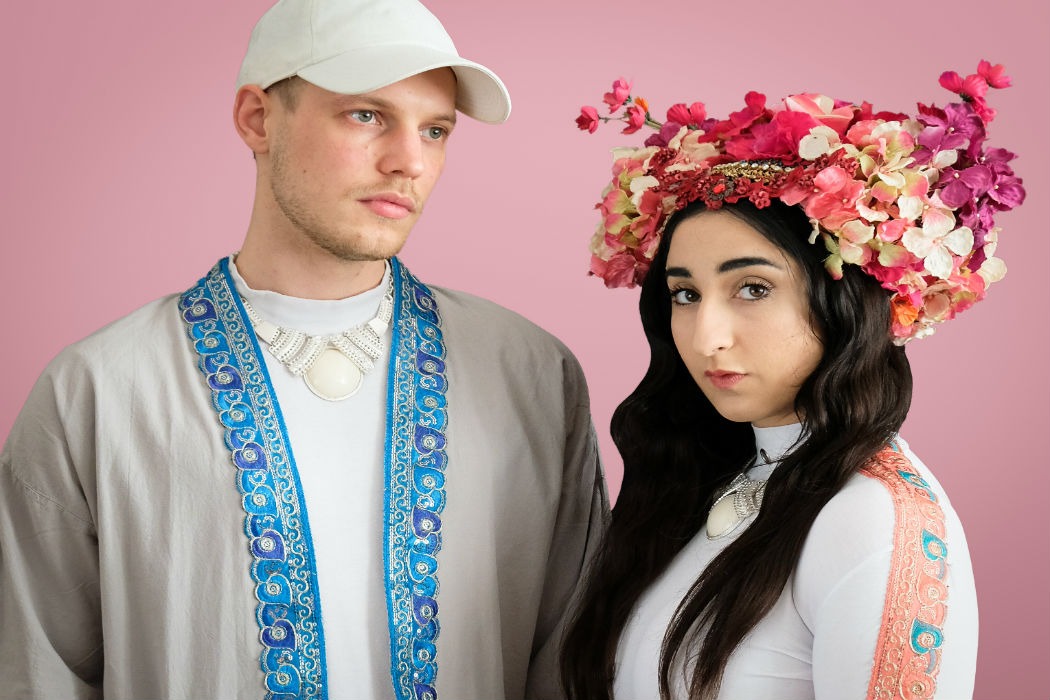 Enigmatic duo MADANII & L:LUCID bring their future pop sound on ‘Sober’, the first single from their upcoming EP. Lyrically thought-provoking and musically melding disparate sounds, ideas and lyrics are inspired by MADANII’s Iranian heritage and German upbringing, confronting the notions of ‘otherness’ and self-doubt. The need to fit in is replaced by taking what you will and making it your own, an ethos that resonates throughout their creativity. Combining traditional Iranian instruments such as the ney, santur and kamanche, with western elements, MADANII & L:LUCID have formulated a unique ambiguity, simultaneously using it as as a means of provocation in assaulting societal norms. L:LUCID’s production are perfectly complementary, constructing soundscapes of mystical realms that consistently evade categorising.

Taking samples from an Iranian folk song, MADANII’s sweetly restrained vocals sits comfortably next to subtle reverbing synths, inflicting a Pied Piper-esque effect as they appear to lead you into a comfortingly imminent doom. The rhythmic disjointedness that follows further speaks to the duo’s artistry, confounding and absorbing the listener in equal measure. Its simplicity is reflected in the monochromatic visuals strewn throughout the music video. The dreamlike narrative of the spectral colours shifting with bodies seems emblematic of the constantly fluctuating self. With the video they manage to pull off the not-so-easy feat of oozing both style and substance.

Lyrically, ‘Sober’ deals with overworking one’s self for their passion and the consequences of this. The duo elaborate on this and say “[T]he lyrics came out of a feeling that connected us both. We worked hard and just prioritized music until we were almost burned out. This feeling of being fucked up, this self-destruction in a way, is one that resonates with many people on different levels. In the end it’s about doing something excessive, and excess is rarely healthy. Everyone connects in their own way with the lyrics. I think that’s why we got such good feedback on the song so far.”

‘Sober’ is the first track off MADANII & L:LUCID’s forthcoming EP. And if ‘Sober’ is anything to go by, we already look forward to the mesmerising intrigue of future releases.