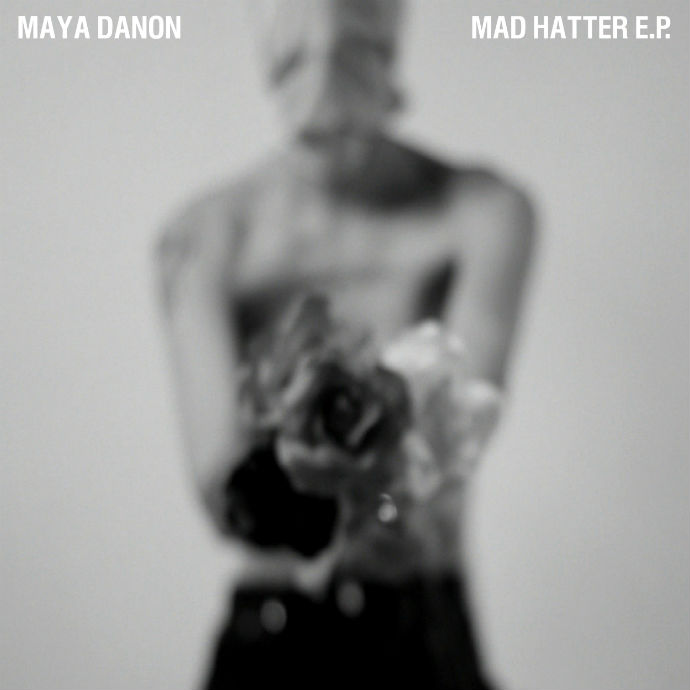 KALTBLUT is excited to host the video premiere for Maya Danon’s ‘Mad Hatter’, taken from her first full EP on Robi Insinna’s Relish. The EP includes 3 originals and remixes by Autarkic and Marc Piñol, all of which are expressive yet very club oriented. ‘Mad Hatter’, the title track, patiently builds up an anticipation, hi-hats blend with minimal synth motives till the point where they meet the bass and the tension breaks into a groovy discoish vibe. Directed and produced by video artist and vocalist Justine Neulat (Justine is Colette), ‘Mad Hatter”s visuals throw us directly into a throbbing, if not slightly distressing, strobe-lit scene with hooded figures, dancing and bending amongst the blackened flame of a rose. The entire clip is increasingly intensified by the blurred, nightmareish inverted colours of bodies swaying to the beat – hit play and get sucked in!

After over 10 years in the experimental electronic scene of Tel Aviv, Maya was drawn into the world of dance music and soon enough she released her debut track Dazed on Relish. Dazed and the tracks that followed have a unique and fresh sound that was influenced by the adventurous electronic musicians of the 70’s (Tangerine Dream, Kraftwerk, Can and others), new wave of the 80’s, and the electronic pioneers that bended waves for a living.

‘Mad Hatter’ will be released August 26th via Relish, pre-order it here