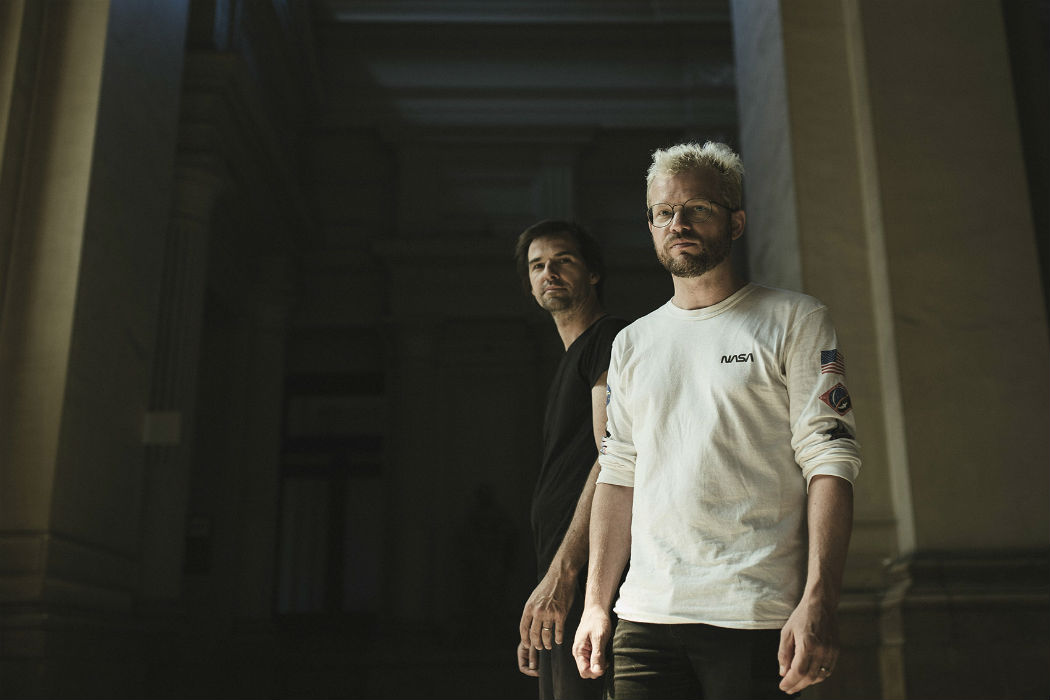 Video Premiere: Maze & Lindholm – ‘Where The Wolf Has Been Seen – Part III’

Combining the talents of P.Maze, one half of noise/techno duo Orphan Swords, with fellow Brussels-based producer and musician Otto Lindholm, ‘Where The Wolf Has Been Seen’ is a meditative and claustrophobic work for electronics and double bass. The four parts evolve and spread outwards, throbbing bass drones colliding with slowly bowed arcs of keening strings that make for a deeply immersive listening experience. Based around the eponymous antagonist and set to ‘Part III’ of the album, Dexter Walker’s visuals portray a combination of digital and analogue elements and are intended to convey a latent presence that is felt but still unknown. Dexter’s stated aim was to mirror the minimalist intensity and emotive heft of Maze & Lindholm’s work, blending their style with the explorations of his own work. With a sound that evokes isolated environments, Dexter decided to match the audio with a journey through an expanse of abandoned architecture, one that lives outside of time and shows no signs of life. Inspirations for this piece – as with much of his work – include early surrealist painters like Dali, De Chirico and MC Escher.

“If the concept behind the LP was initially referencing the wolf as a symbol of fear and evil through dualisms like inside vs outside & nature vs culture (see the LP artwork) then these references also appeared in the way we had built the sound (a point that also became clear with the first reviews and feedback),” explains Maze & Lindholm. “It was more a « space » than a « music », in a way we were more working like architects than musicians, using sound to slowly create a space in which we could address the LPs subject matter. When we discovered the work of Dexter Walker it was then clear that his work echoed strongly with both our sound and our conceptual approach. His video for Where The Wolf Has Been Seen Part III, in its visual language, mirrored a lot of what we wanted to explore on the LP: very slow motion, Analogic versus digital, architecture versus nature, inside versus outside, and what he created as an ending appeared to us for all those reasons a brilliant epilogue.”

“Part III is emotionally strong yet minimal and I attempted to blend that with the style that flows through my own work. While working on the video I could feel the immediate connection between my work and the battle between the tension and the emptiness,” says Dexter.

Dexter walker is a multi-disciplinary designer that works in many different fields such as graphic design, 3D illustration and animation. He currently lives in Las Cruces, NM and is heavily inspired by the beautiful desert landscape he is surrounded by. Dexter’s personal work is a look into the surreal and the reflections that people produce from their environments and other people. The images he creates provide a sense of escapism into worlds through antiquity architecture and the surreal from which he wants the viewer to participate in self-reflection.