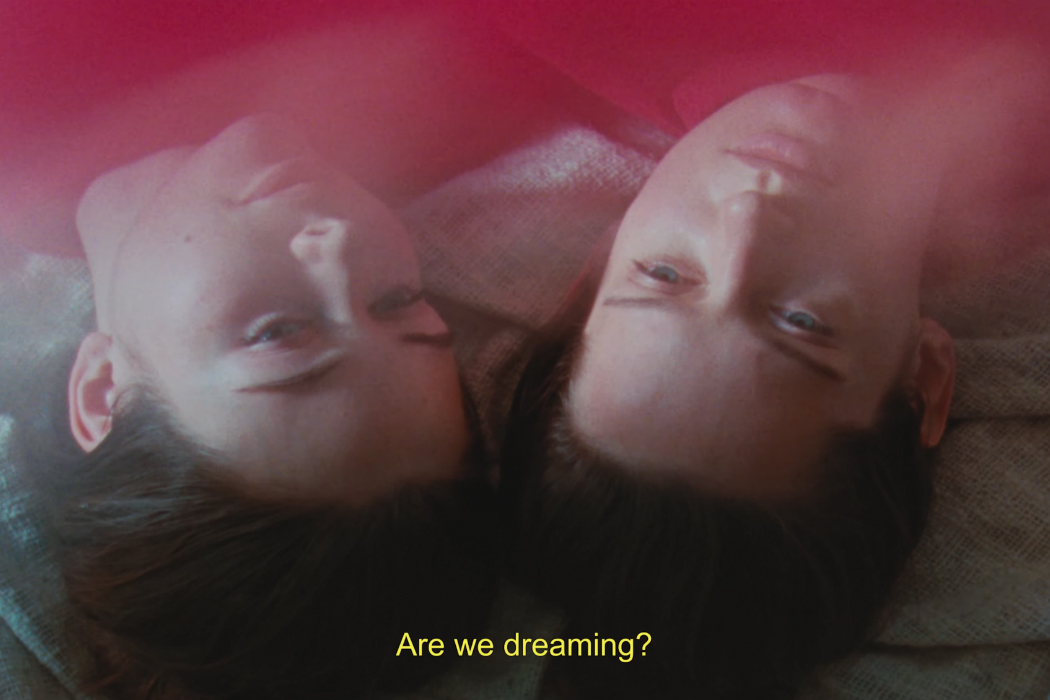 It is the experiential nature of Steffen Linck AKA Monolink’s music that defies the muddy definition of modern live electronic music. Pillared by emotive guitar tones, analogue synth stabs and, his own vocals, Monolink transports listeners into his own realm of sonic exploration. With latest single ‘Swallow, the Berlin-based artist reveals a painful encounter and the subsequent loss which occurs in that place between dreams, thoughts and reality. Director duo APESFRAMED takes ‘Swallow’ that one step further by capturing the inner dialogue of a woman, played by fellow Austrian actress Alma Hasun, on 16mm and 8mm film. Feeling suffocated by the world around her, our lead protagonist is flooded by memories of her former wild-child days. In retaliation of her monotonous daily routine, she dyes her hair a ferocious red and takes to the road. “Like the dark swallows the light, you have to spit yourself back out… Everything changes, just spit yourself back out”

Working together under the name of APESFRAMED, Nicola von Leffern and Martyna Trepczyk are the fresh faces of a male-dominated film industry. Stirring up the scene in their home countries (Nicola being of German/Austrian origin and Martyna of Polish/Austrian) was not enough for them as they set out to tell authentic stories from all over the world. To shine a light on non-stereotypical gender roles, they produce and direct documentaries, fiction films and music videos, portraying humans as they see them: strong and delicate alike no matter the gender or nationality.

Written and directed by Nicola and guided with the support of Martyna and long collaborator Jakob Carl Sauer (cinematographer), ‘Swallow’ was shot like a true road-movie on various locations in Austria, Germany and Denmark.

“Being on the road like that with your team, you eat together, sleep together, share towels, clothes, tears of laughter, frustrations, intimate feelings, but overall you share one common goal: making this movie happen. Being that united in a mission is a unique feeling that enables incredible energy. Jakob and I have not shot on actual film since studying together in film school. It was our absolute goal to tell this story in an analogue way. No tricks, no CGI, just true moments captured on beautiful 16mm and 8mm film. Like seeing yourself from the past, today” says Nicola.

Amniotic is out now via Embassy One, stream/download it here