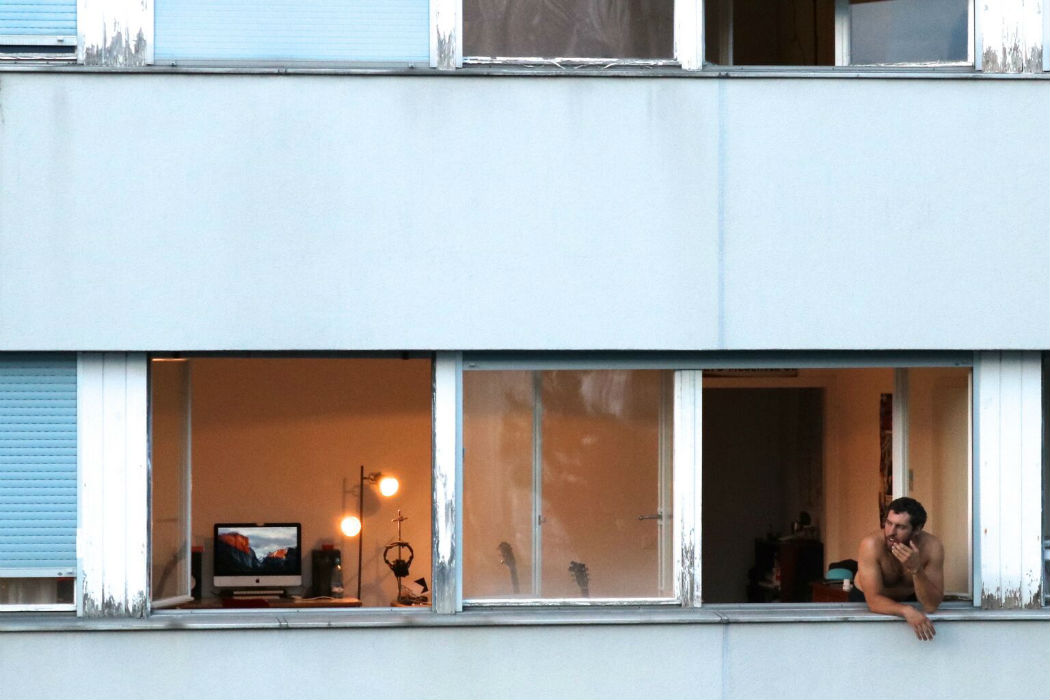 ‘Cotton On Your Skin’ is taken from the captivating 2 track single, ‘Cotton On Your Skin / Terrace Hill’ by Swiss musician MORSE. The instrumentation is taut and minimal, stripped down to the bare pulsing rhythmic essentials, just like the man we’re coerced into spying on – that’s the set up for the video. Maybe it’s because of this relentless naked groove and the bare chest of the vocalist that throws us back to Prince back in his halcyon years. But there’s no falsetto to be heard, the voice is a husky, warm baritone – something of a rarity in pop these days. I guess you could still call this pop. It’s infectious like that with its jagged, percussive repetition. This is MORSE. What we see in the self-directed video is him in his studio/apartment aka his natural element just letting loose and doing his thing.

“Cotton On Your Skin is the little space between two mouths that are close to each other. The connection between two people completely letting go in a small apartment. It is a very physical track. The video clip is a mix of several ideas. At first, I just had the colours that I wanted, something related to blue or purple. One day, in the evening, I climbed on the scaffolding of the opposite building to take pictures. I really liked what I saw, the colours there, all the life happening in this big building block. A dense picture with a lot to look at. I then thought of dancing, having fun and just being very natural, as if nobody was there to watch me. That was the perfect place to film it from.

I heard about Paris, Montparnasse by Andrea Gursky much later. It’s a great picture that shows a lot about our modern society. The idea of the constant zooming came in a discussion with a friend that told me about “Wavelength” by Michael Snow.”

‘Cotton On Your Skin / Terrace Hill’ is out September 14th, 2018 via Irascible Records