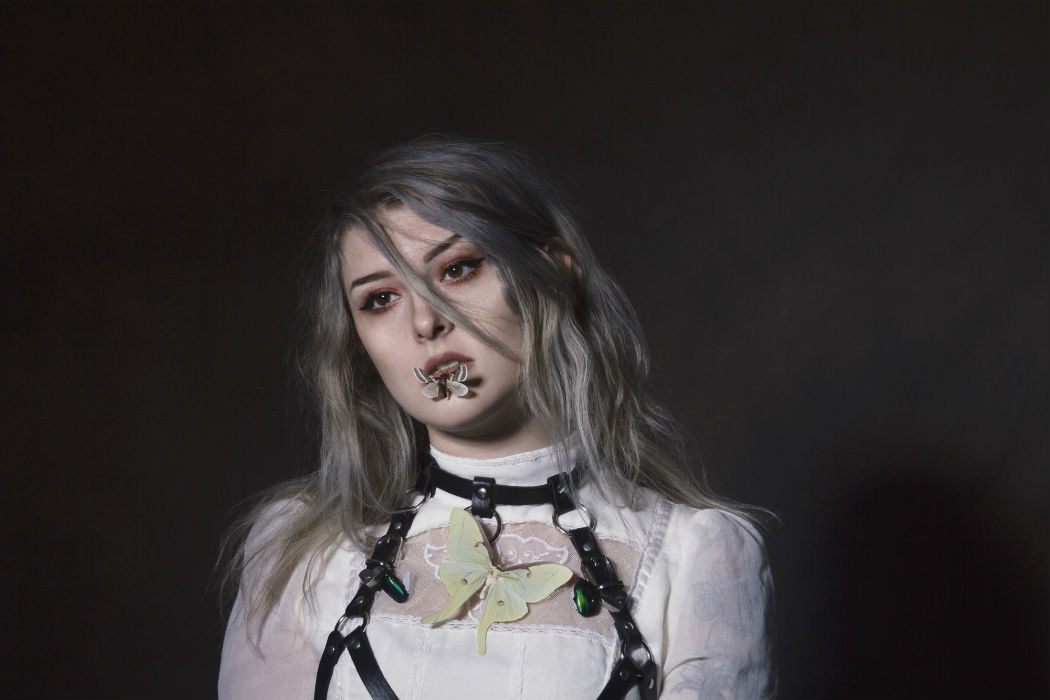 Singer, songwriter, and multi-instrumentalist Mothica revealed bit by bit glimpses into her highly anticipated EP, ‘Ashes’ over the course of 2018 before its full release in November. Her previous singles showcased a welcome continuation of the 23-year-old’s pop-meets-electronic sound and solidified the mounting buzz over the new release. A figurehead of the dark pop genre, Mothica, real name McKenzie Ellis, has won a loyal following of fans and tastemakers alike thanks to her penchant for soul-tapping lyrics and a remarkable skillset as a modern pop music songwriter. Her ‘Ashes’ project reaches new artistic levels with eerie visuals created by filmmaking duo Danny Scales and Jacob Gossett aka Voiid Studio. In true 80s ballad style, Mothica invokes her inner Bonnie Tyler for the ‘Ashes’ clip below.


“Ashes is the title track of the EP so I knew I wanted to make a video for it that was simple but captured the emotional isolation of the lyrics,” explains Mothica. “A friend recommended working with Voiid Studio, who found an abandoned brownstone in Brooklyn that used to house all the priests for a church next door. We shot the video overnight in the cold since there was no heat with lots of LED’s and fog machines. I wore a vintage long white dressing robe from the early 1900s that was paper thin so it flowed eerily throughout the house. Conceptually, we wanted it to look like a surrealist painting in motion focusing on performance shots of me singing into the camera. The house definitely had an ominous aura to it that lended well to the songs meaning.”

“We really responded to the performance and emotional arc in Ashes, the way it grew and built continuously upward and outward- it really feels someone emerging from something. So we wanted to honour that emotional centre and create a sort of evolving portrait around it, almost like a painting, that highlighted this transition from a wounded, vulnerable place to a state of real empowerment and freedom, and McKenzie just totally nailed each stage of the performance along that gradual arc and really drove it home.”