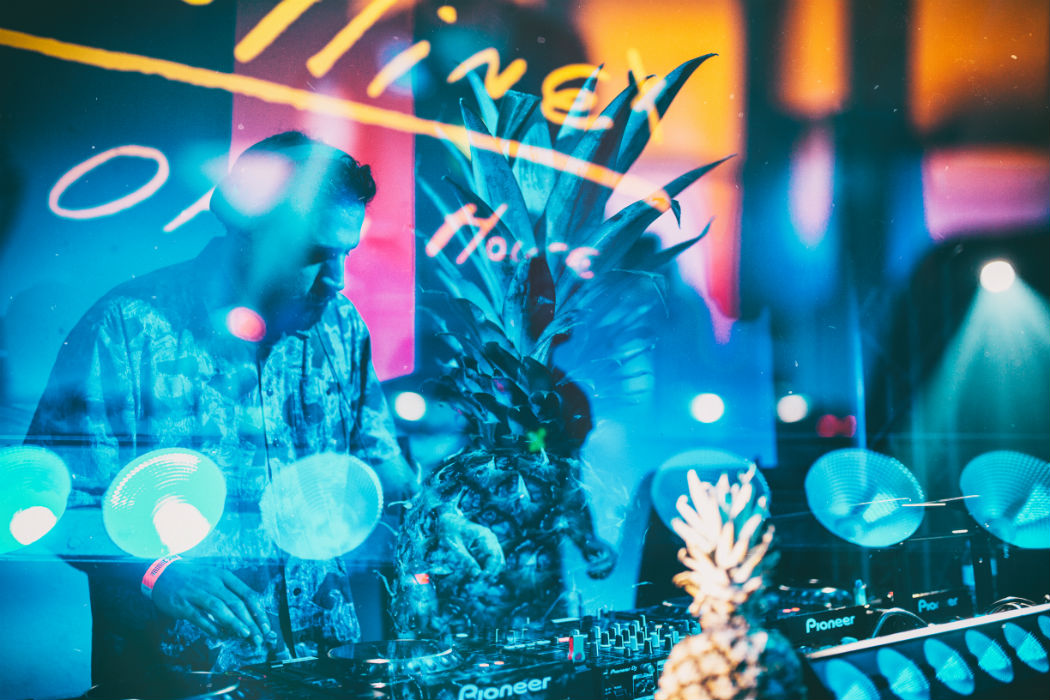 ‘Work it Out’ is the new single by Lisbon disco don Moullinex, featuring Fritz Helder (of Azari & III). It’s dirty, groove-infused, sexually charged, and perfectly combines the best elements of a great funk song with those of an underground club anthem. After the two previous singles ‘Open House’ and ‘Love Love Love’, both received with critical and public acclaim, ‘Work it Out’ sheds new light into Moullinex’s third album, bridging optimism with defiance. For the second video in the HYPERSEX series, Moullinex reached out to artists João Pedro Vale and Nuno Alexandre Ferreira who invited Aurora Pinho, a transgender performer from Portugal, to take matters into her own hands and wander the gentrified streets of downtown Lisbon with a mission. HYPERSEX will be released October 6th 2017 on Discotexas/K7. It’s a collective love letter to club culture, and a celebration of love, inclusion and difference.

Following the footsteps of the video for ‘Love Love Love’, Moullinex continues to explore the space between music video and social experiment. During our daily lives we are able to move within safe pockets of inclusion, such as a nightclub or a carefully curated social network, and feel relatively safe and accepted in our echo chambers of like-minded people. But how much can we expand this bubble until we run into a radically different view from ours? The crew had their share of bigotry, homophobia and passive-aggressive remarks during the guerilla-like shooting of the video. As the song says, “these streets ain’t kind to no one”.

João Pedro Vale and Nuno Alexandre Ferreira’s artistic project started in the early 2000’s, rooted in a firm social commitment. The explicit isn’t always what it seems to be, it is simultaneously a parody and a burlesque mimic of serious subjects. Their work is mainly focused on queer issues, but the artists express it trough a punk-core aesthetic, which makes one question the purpose of counter-movements in current and local contexts, whose individual values are often held hostage by economical interests.

The collaboration between Moullinex and Fritz felt immediately natural, and the result is a contagiously catchy jam. Being mutual fans, and both sharing a deep love for unapologetic, in-your-face funk artists like Cameo, Rick James, Colonel Abrams and of course, Prince, the collaboration felt immediately natural. The result is a celebratory purge of everyday pressure, the perfect soundtrack for that exact moment when one chooses not to deal with someone else’s BS.