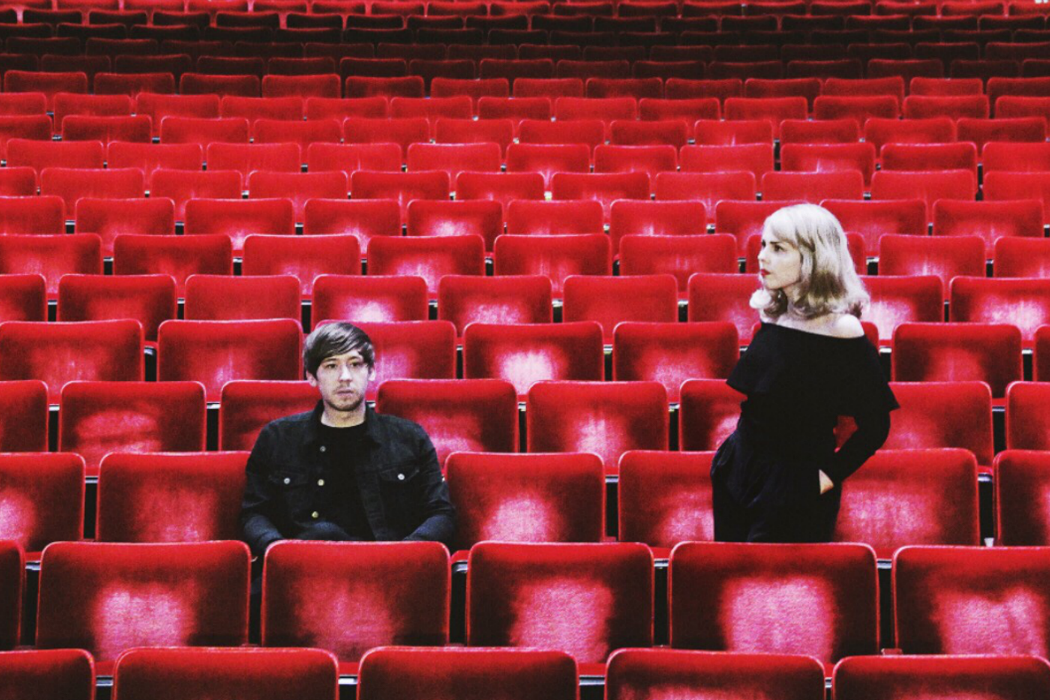 Setting you up for the day is husband-and-wife duo, MRCH, and their synth-pop banger, ‘My Mistake.’ From the onset, the backbeat keeps the energy high only to be met by a twinge of darkness that creeps up from the moody synths that envelope vocalist, Mickey Pangburn’s haunting lyrics.”‘My Mistake’ started with a lyric. Then the vocal sample… Something I’ve been thinking about a lot over the last few years is vulnerability. There’s a need for healthy boundaries in my life, but also a simultaneous need for human connection… It’s really just that moment right after a hurt, as you’re processing and putting a guard up – in a bit of a ’survival mode’.”

The video for My Mistake was our pursuit of DIY B-Movie goals. Edited in iMovie, it’s a lo-fi spacey backdrop to the song which was crafted in a living room studio. My Mistake was meant to capture that moment after a falling out, a relationship coming to an end, when you put up walls in an effort to self-preserve. The video sets a mirroring tone. The silence of space, the soul searching, the fleeting twilight before daybreak. Cause try as you may, you can’t stay behind those walls forever, eventually the sun floods away the stars.

MRCH’s debut EP “I Love You, but You Don’t Know What You’re Talking About” was self-released in June 2016 followed by a support tour through the Midwest. Autumn of last year MRCH participated in several showcases for Mondo NYC music festival, opened for Chvrches & recorded single Glitter McQueen – which premiered on Consequence of Sound in November of 2016. In both May and June of 2017 their songs Ruins and Impulse played in episodes of ABC’s Famous in Love. MRCH just wrapped production on their debut full-length album Reactions, which is slated to drop 10.12.17.

‘My Mistake’ is the first single off of MRCH’s debut album, ‘Reactions’