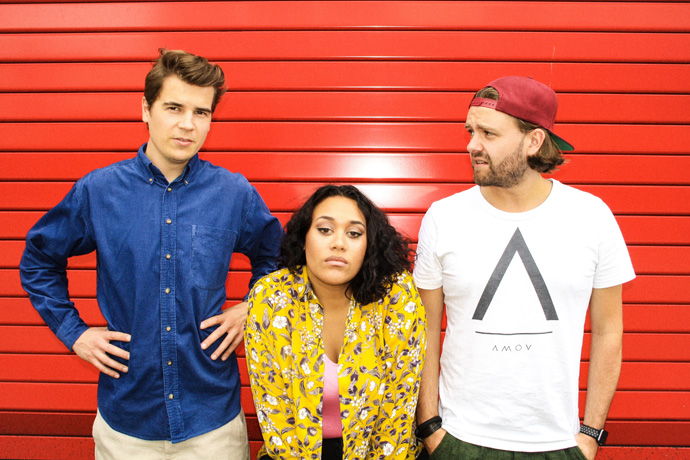 New German Soul from Cologne. September 22th 2017 marks the day for Ray Novacane´s release of their new video for MABUHAY. Taken from their new MABUHAY EP that will also be released today. Ray Novacane aka Ray, Niklas and Simon create neo-R&B that’s on an international pop level. WE LOVE IT! Anyone who has listened to a Ray Novacane song understands this: Laid-back live drums that groove as if Tame Impala ’s Kevin Parker turned the sound mixer controls to FAT. Synthesizer waves, running through our bloodstream like endorphin. Guitar riffs, pure, powerful and melancholic. And vocals that are on point, aching so pleasantly you get addicted to them.

Live tour support for Malky , Opensource Festival , sessions and rotations on BR PULS and Deutschlandfunk Nova . An EP and high-class music videos. Nominated for the newcomer NRW-Pop award . Every band member knows exactly what to do, both on the records and on stage. That’s no surprise, with Ray touring as a background singer with Freundeskreis, Max Herre and Joy Denalane , and Niklas playing live for Maxim, Coma, Denyo and Timid Tiger.

With all their professionalism, however, Ray Novacane also are a connection of three people so close that you’re surprised they are not related. Ray and Niklas met ages ago, both playing in a garage band. Since then, they have been constant factors in each other’s lives – both musically and as friends. They met Simon at music sessions and BOOM: a band was born.

In 2013 they started the “family business” Ray Novacane . Their headquarters: Gottesweg studios in Cologne, where they are recording and producing everything on their own, surrounded by countless instruments and effect devices. The result of their work is a voyage of discovery that brings you close to friendship, family and yourself. Their songs always maintain a balance between concreteness and magical diffusion, which makes a story come alive for the reader. Even Frank Ocean would like that. And yes – Ray Novacane named themselves after Frank’s song about a fog of love, melancholy and drug frenzy. Nice!

„ MABUHAY “ has many meanings: Hi there, Salut or cheers to life. On the EP, Ray processes the experiences she has gained on her first journey to her roots in the Philippines. A journey of discovery at all levels: Family, home and oneself. The songs always maintain a balance between concreteness and magical diffusion, which makes a story come alive for the reader. Even Frank Ocean would like that. And yes – Ray Novacane named themselves after Frank’s song about a fog of love, melancholy and drug frenzy. Nice!

Finally, here’s a band that sounds just as good as their name suggests.