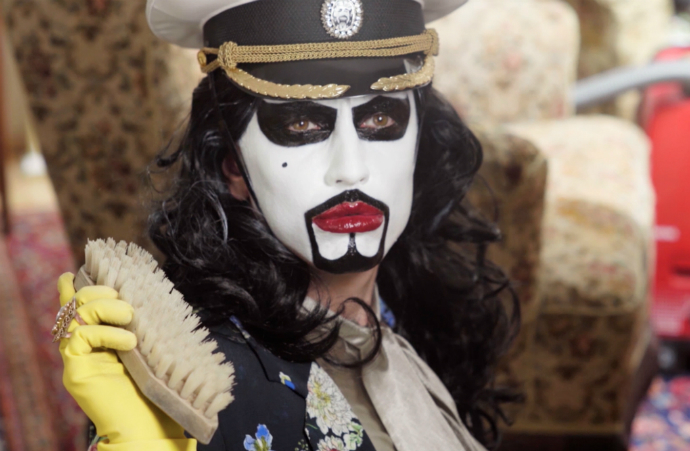 Known for being one of Berlin’s craziest and most expressive music exports, the resident band of the famous Berlin nightclub Wilde Renate regularly amazes with their provocative and kinky live performances. Recently featured on the Conan O’Brien show, this highly explosive mixture of driving dance music, remarkable make up and flamboyant outfits is a real eye and ear catcher. The first single ‘Bathroom Song’ from their upcoming EP takes you right to the SADO-palace, a place beyond classical ideas of gender where freedom and individuality is celebrated. While an uptempo beat, funky bass and crispy guitar bears memories of 80’s Punk Funk, the classy and sexually charged voice of singer Colonel seduces his listener to both dream and go wild.