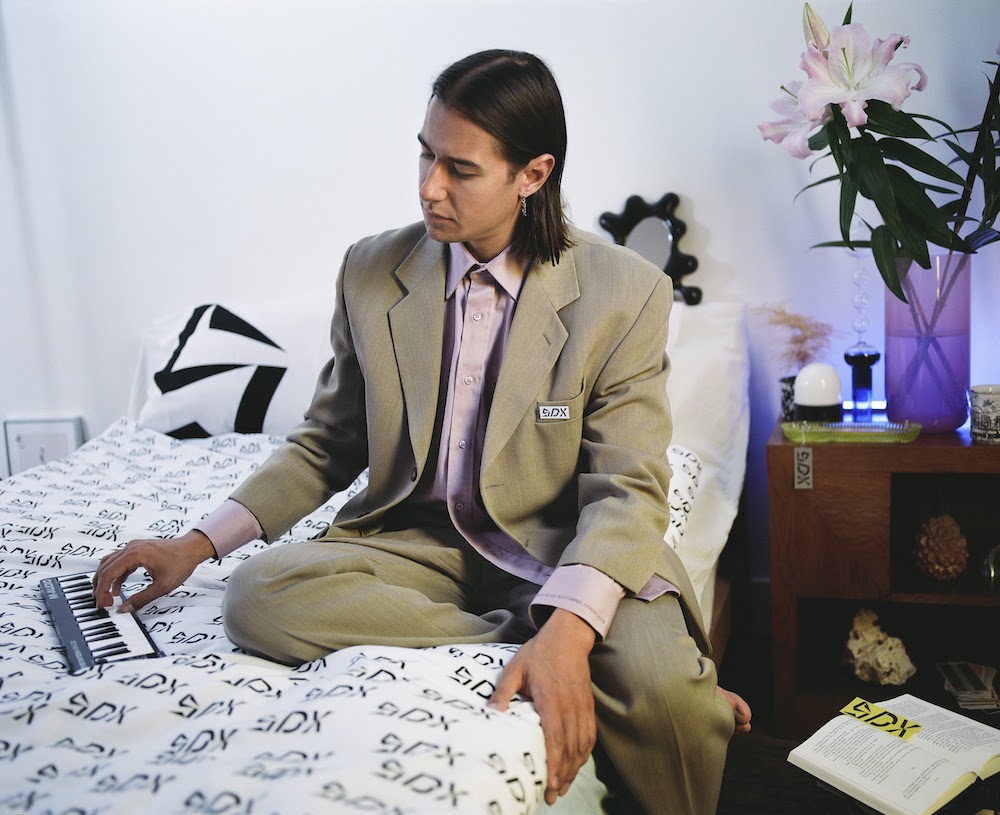 Known for his melancholic lo-fi ballads, Saint DX takes a turn towards pop with his new single ‘Prime Of Your Life‘ – his most danceable and optimistic tune yet. Its frontal bass, intimate vocals and unfiltered MPC drums are direct and absolute. Much like Pet Shop Boys’ ‘West End Girl’, Paul Young’s ‘Come Back and Stay’ or even Toro Y Moi’s ‘Freelance’, ‘Prime of Your Life’ is a song that makes you want to press replay before it’s even ended. Saint DX just put the finishing touches on ‘SDX’, a 9-track EP to be released in October through Cracki Records/ Because Music. ‘Prime of Your Life’ is the first excerpt, alongside David Luraschi directed visuals made in Hong Kong featuring delightfully pastel-clad dancers.

Saint DX embodies the modern-day crooner. The French singer, writer & producer’s style reflects an obsession with love and a heightened emotional sensitivity. Raised as a Buddhist by his parents, and deeply influenced by the soundtrack to Grand Bleu, Aurélien sings about the fragility and beauty of our romances, and how our daily routines can reopen emotional wounds.

Oscillating between French and English, between groovy basslines and ethereal pads, autotuned vocals and untreated ones, he cites Sade and Mylène Farmer as major influences, as well as Better Person, Kanye West and even Prince. Since 2018 he’s released three singles (Regrets, First Fantasy, I Still Care), toured with Charlotte Gainsbourg and even opened for her on a number of occasions.