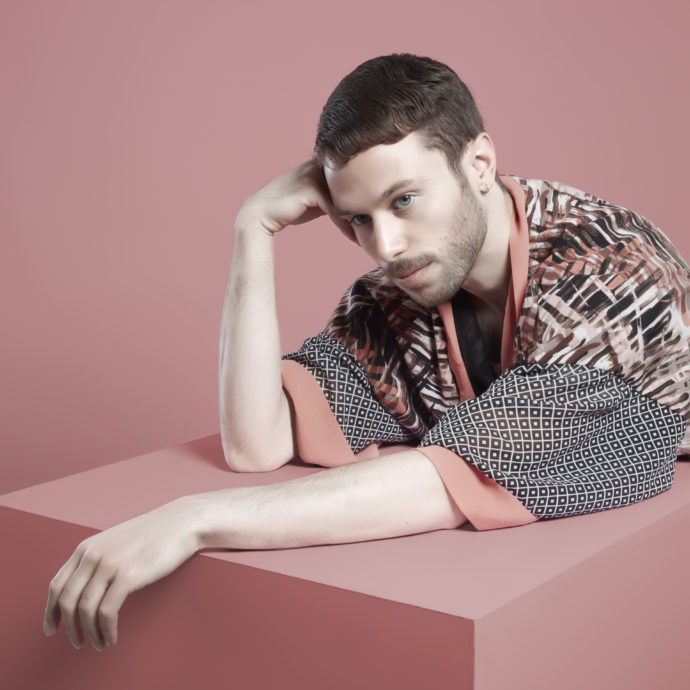 Following on from 2015’s ‘When We Talk’ EP, which was released on Matthew Herbert’s eclectic Accidental Records, Semi Precious, the alias of South-East Londoner Guy Baron, readies his latest video, ‘Prime Location’. Both Semi precious and video director, Samuel Travis, explore the tension between utopia and dystopia, and attempt to portray a sterile/somewhat-gloomy impression of perceived lifestyle/luxury. In talking about the new 3D-incpired video, Samuel describes that, “The scene in the video is actually from a living room I was designing for a (fictional) emergency bunker for high net worth individuals. I was making this at exactly the time Guy sent me the song and it jumped out at me as a really fortuitous meeting of thematics – the sense that there’s some sort of profound melancholy in luxury interior design. So I just transformed it into this suspended glass living arrangement as an impossible aspirational dream, heaven as a tasteful waiting room” ‘Prime Location’ is taken from ‘Ultimate Lounge’, which is out tomorrow via Squareglass.

“Samuel’s visual interpretation of Prime Location really struck me in the sense that it really manages to encapsulate the atmosphere and inspirations of the music.” Says Semi Precious, “Prime Location is really dear to me and essentially sums up what the whole album is about. It was inspired by many aimless walks in places like Canary Wharf and other hyper-modern/semi-deserted areas, which I find really fascinating and also quite moving. There’s something about the sterility and the gloomy/bizarre tranquility of such places that is very inspiring to me, and I think that the video very much reflects that. I like the fact that it looks almost like a 3D illustration from a real estate brochure – this is exactly the kind of themes that inspired the track and I think that the video really enhances them”

‘Ultimate Lounge’ is out tomorrow via Squareglass, pre-order it here

And if you’re in Peckham, London, check out the album launch party at The NINES