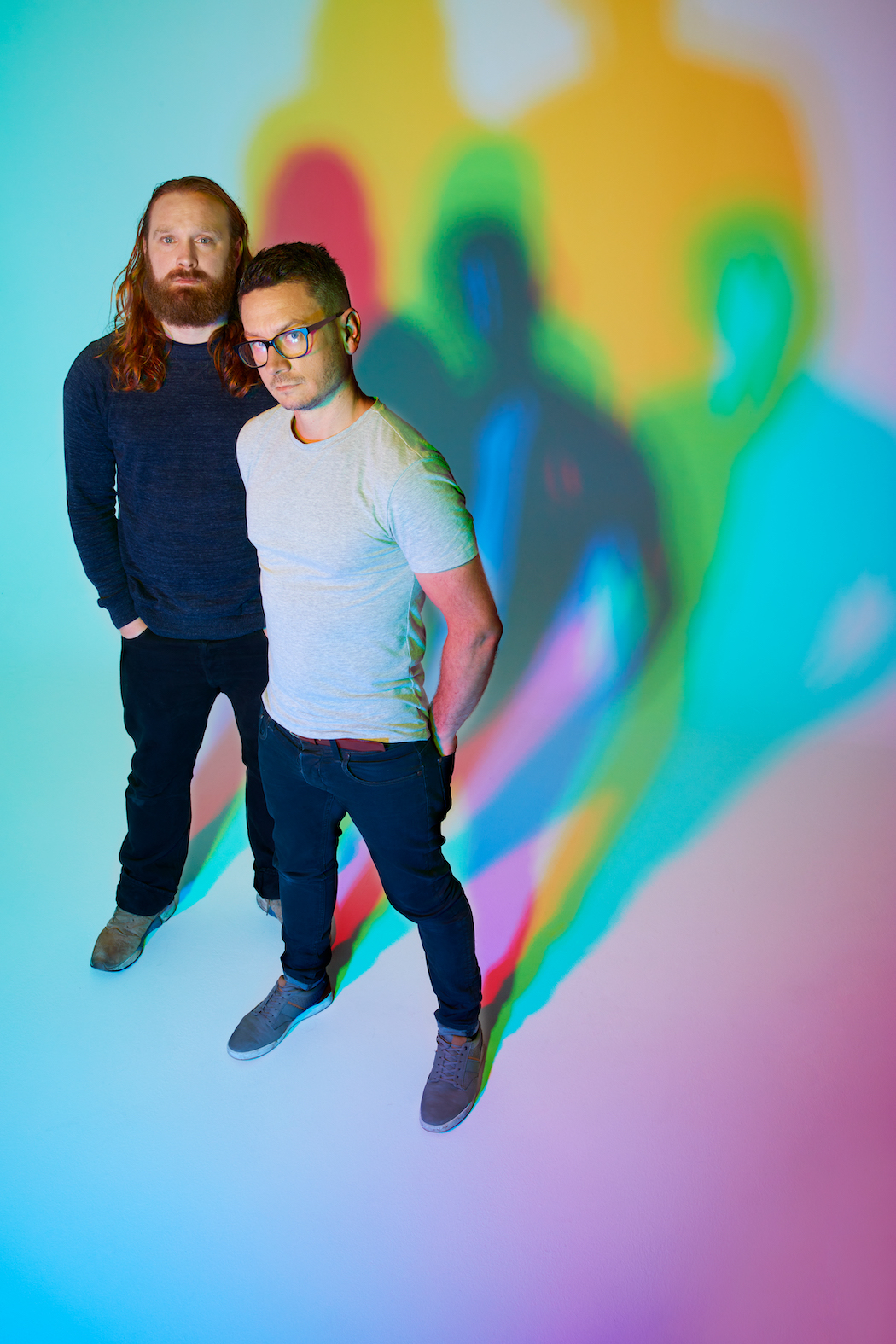 London-based duo Solomon Grey present visuals to accompany a special immersive 360 mix of their new EP Music For Picture: Vol. III (Sequence). The record is the first commercial release to be written for the new Sony 360 Reality Audio format and an experience to enjoy at its fullest with headphones on.  Sequence’s inception occurred during Solomon Grey’s 2018 Human Music Tour, after the band performed at the Zeiss-Gross Planetarium in Berlin. The show had the audience sitting in the round, with custom-designed 360 visuals synced to their music and projected onto the dome above. In the band’s words: “After playing the planetarium in Berlin we got obsessed with the sound and feeling of that gig so we immersed ourselves in that world and wrote this record with that canvas in mind. What started as a project to perform in Planetariums soon evolved into the idea of creating a fully immersive audio experience that could be experienced anywhere with just a set of headphones.” Solomon Grey then teamed up with Sony Music’s 360 Reality Audio engineers to bring their creation to life, producing a fully immersive 360 surround-sound version using Sony’s new audio technology. As a result, Vol. III (Sequence) becomes the very first record specifically written to be heard in this ground-breaking format. The duo teamed up with Motion Designer + VJ James Stevens to take the project to a higher level, as the band continues, “We always wanted a more immersive listening experience with our music and sequence is the perfect project. We have worked with James on a few projects and we thought he would know exactly how to approach a video for Sequence. Watching what James created while listening to the 360 mix for the first time completely changed our understanding of the piece! It is the perfect visual to accompany the 360 mix and get lost in.”

“My work is influenced by architectural and abstract forms found in biological sciences and mysticism from astrology and divination. The journey for this project follows a narrative of a new beginning, self-discovery, and existentialism. As you watch the visuals, you are invited to gaze into an ambient mirror as a space for meditation and self-reflection.” James Stevens

London-based duo Tom Kingston and Joe Wilson are simultaneously lauded for their commercial releases and composition for TV and film. Working on both side-by-side, they combine contemporary production and classical composition to create a unique and distinctive sound. Tastemaker labels Black Butter, Kitsuné and the illustrious Decca have helped push Solomon Grey’s commercial releases to the masses, whilst their work for picture across television, movies, trailers, and commercials includes original soundtracks for BBC TV series The Casual Vacancy (adapted from the J.K. Rowling blockbuster novel), The Last Post and Back To Life, syncs on TV series Power, Animal Kingdom, How To Get Away With Murder, The Tunnel, as well as trailers for Pacific Rim 2, The Pass and Dheepan, to name but a few.

“We’re incredibly fortunate to create music for pictures without compromising our sound as artists. We get to be in a band and also write for orchestras, arrange strings and work with opera singers. As musicians, we feel like we’ve come full circle,” says Tom. Joe adds: “Creating soundtracks made us more experimental and aware of what we are capable of. The music we’ve always made has lots of elements that ‘shouldn’t’ go together.”

With that in mind, while you’re listening you might hear the sounds of the car ‘The Weight’ was originally recorded in, spot the on-location recordings used in The Casual Vacancy score including rivers, lawnmowers and Morris dancers, and appreciate the juxtaposition of an operatic vocal over stacked synth recordings on ‘The Drowning’.

Classically trained musicians and long-time friends from Oxford, Tom and Joe originally met as performers in a local covers band. They have since gone on to forge a signature sound as Solomon Grey that evokes a plethora of emotions, transporting the listener into a serene space, combining intensity, power, and sheer vulnerability. Solomon Grey’s music is always stunning: whether you’re a muso, a movie buff, or someone who just has to Shazam that track on the TV, their music seeps into your psyche and connects in a way that is unlike many others. The journey of Solomon Grey has seen the duo up sticks on more than one occasion, progressing from Oxford to London, finding and cementing their sound of the time with the first track they wrote as Solomon Grey ‘Last Century Man’.

Later on, musical bases took in the Australian outback and a lighthouse in the southwest of Ireland, before returning to their current studio spot in South East London. Solomon Grey have been touted as one of Britain’s most exciting new electronic acts, with their debut release ‘Gen V’ via Black Butter Records in 2013 carving a path for a debut ‘pop’ album, but the serendipitous opportunity for soundtrack work gave them another outlet for their music. Next up was Decca-issued mini-album Selected Works – a mixture of original music and songs which featured parts of their breakthrough score for The Casual Vacancy.

Solomon Grey’s eponymous full-length debut followed in 2016 – a milestone in realising their persistence and sheer determination. Album two, Human Music (Mercury KX, 2018) is a poignant collection of intricate and transcendent songs, encompassing the themes of choice, love and loss following the death at Swiss clinic Dignitas of Joe’s mother Sandy whose characterful trinkets and paintings adorn their London studio, alongside Jimmy the plant and Terry the Terrier. The album features the same luscious sounds provided by the 22-piece Hungarian orchestra and vintage CS-80 synth which feature on the soundtrack to the BBC/Amazon production The Last Post.

2019 was another abundant year for Solomon Grey’s sync and soundtrack work with the song ‘Home’ featuring in multiple hit US TV shows, and BBC/Showtime critically acclaimed series Back To Life – which topped end of year polls in Vogue, The Times, The Guardian, Digital Spy, TIME, USA Today and more – bolstered by their original soundtrack.

“Carefully crafted soundtracks enhance the connections you make with the characters and overall emotive quality,” says Joe. “We’re delighted Back To Life has resonated with so many people across the UK and US.” For 2020, Music For Picture: Vol. I (Parallels) serves as the first of a series of new works, written for and inspired by moving images. This first instalment showcases the duo’s more euphoric cinematic side, with featured track ‘The Return’ (composed for Sony PlayStation’s 2019 dystopian advert for their Virtual Reality platform PSVR) reminiscent of their earlier work ‘The Rift’, which has become synonymous with Vue Cinemas’ “This Is Not A Cinema” pre-film ident.

Each volume in the Music For Picture series promises to explore a different part of Solomon Grey’s sonic landscape, giving glimpses of the rich visual world their music evokes. This EP series precedes Solomon Grey’s next project, to be released as a fully immersive 360 audio listening experience in Spring 2021.