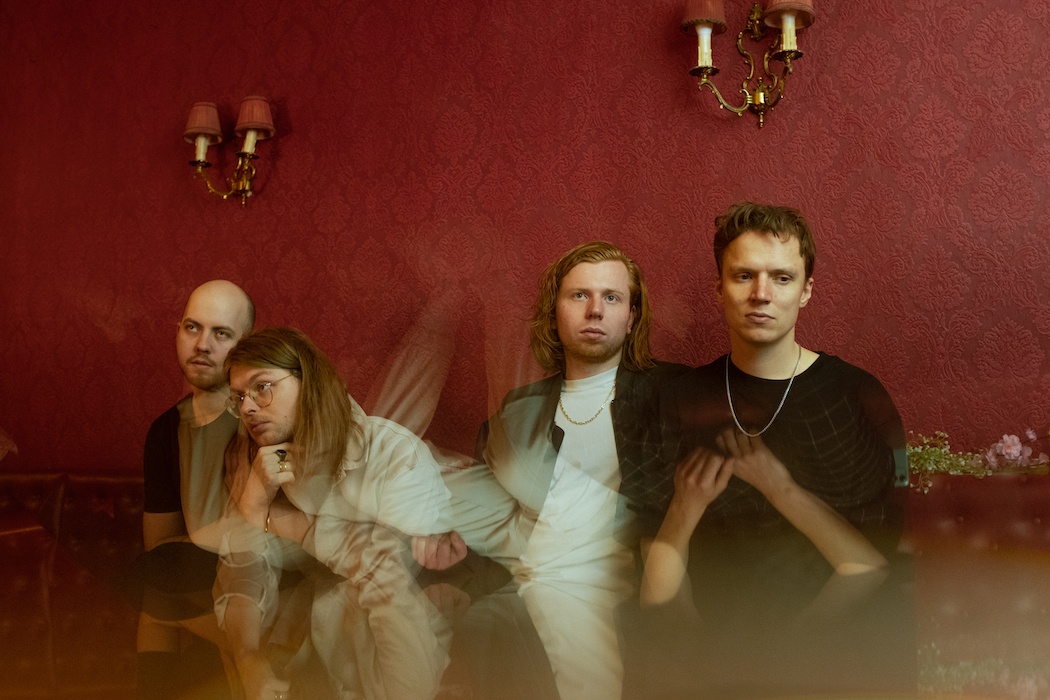 Horror fans will rejoice at director Vincent Ercolani’s unpredictable spin on Sultans Court’s latest visuals for the single ‘Running’, taken from their new EP Up Close. Loosely based on Fear and Loathing in Las Vegas, Ercolani recreates the psychological thriller and reflects the mood of the lyrics. “This is our ode to slowness”, the Berlin-based quartet says on the single. “How when you are in the middle of chasing a goal you might get lost on the way and even forget why you chased it in the first place. How all the unexpected things happening to you amidst the journey can lead to true growth.”  Wild and colourful in more ways than one, ‘Running’ is a trip you won’t be forgetting any time soon.

Director Vincent Ercolani: “Sultans Court is a Band that perfectly describes my style in filmmaking: They mix old, analogue stuff with digitally created sounds. My inspirations come mostly from the directors of the new Hollywood era in the 70s and 80s. But it is important for me to take old stuff and give it a more contemporary context. In this case, we have a setting that is clearly not set in 2020. But through the music and the themes, the viewer will hopefully transfer it into their own time. Running away from things is an easy way to not think about what we want at all. Running will never bring us where we want to be, but surely enough it will bring us somewhere where we need to be.”

When the two founders of Sultans Court Julius Klaus and Konstantin Hennecke first met in 2015 on a shared car ride, they wouldn’t have guessed that a musical project would be born in the end (Later complemented by Leander Kohn (drums) and Markus Hartung (synths)). The band’s sound can only be described as a liaison of the most different influences, spanning acts like Flume, Foals or Weval forming their intoxicating mix of lively analogue sounds mixed with digital, distorted or sampled sounds from all corners of the world. Soon after release, their debut EP From Afar would surpass a million streams and they played at festivals and shows all over Germany such as Fuchsbau Festival and Nürnberg Pop. Now the quartet has just released the follow-up EP Up Close, boiling down their sound even more by sealing themselves off and receiving inspiration from the rediscovered personal oversized zen garden that is nature.

‘Running’ is taken from the Up Close EP (available as limited edition tinted 12” vinyl), released via Filter Music Group. Get it here: sultanscourt.com/upclose