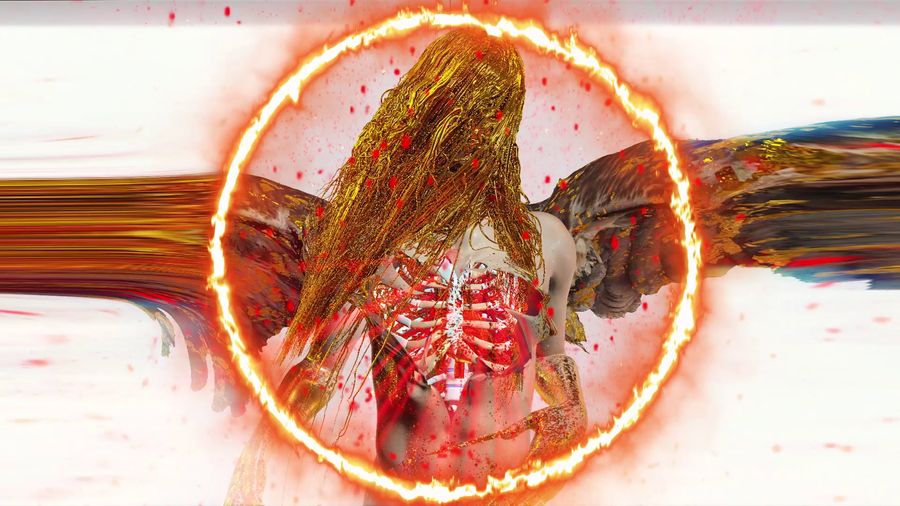 Spanish artist Ultra Suspiria presents their first single ‘Ninfa’ complete with other-worldly visuals by Roland Authess. As if it were a dream, Ultra Suspiria sings to the earthly world what is found in those places that she frequents when the sun stops being sun to become a moon. “It is evident when you have a nymph in front of you, you feel it yourself. There is a force that makes you and the rest of the people fly. When I witnessed something like this that night, I had the option of keeping that trip to myself or turning it into art and trying to share what I had experienced with the rest of the world, that’s why I proposed to Gabriel Schwarz to work on this song”, Suspiria confirms. So together they created what she calls “electro-indie music”. From the coldness of the machine world, a warm and magnetic Ninfa was born.

It is not only something sexual, but sensual, because it enters through your senses. And extrasensory. A nymph is a nymph and she can do whatever she wants, she doesn’t need wings to fly. I think we all have a nymph inside ourselves and that is noticeable in the video clip as well.

Suspiria was born one night in the south of Spain out of a conversation with the most international Spanish drag, La Prohibida. The Spanish roots are present, they are eternal. In 2017, she moved to Germany to complete her studies to become a professional dancer. During all these years, Suspiria came into contact with other cultures of being and performing, of understanding art, she surrounded herself with inspiring people, friends, and stars who supported the beginning of her drag.

In 2021, Suspiria wanted to dive into a world that was closer than expected: music. Movement, like writing, is one of the biggest tools life brought to her. Now, the range of ways of communicating enlarged. Topics such as queer night, carnal desire and the search for inner fire have been and are present in the artist’s creative process, and that is more than appreciable in this new work.

Inspired by the horror film genre, the diverse German underground aesthetic and glam, Suspiria decides to create her own artistic brand and become Ultra Suspiria when it comes to performing. Marked by the Warholian philosophy, Suspiria lives in a constant mental silver factory from which she does not want to leave, aiming to become a machine in order to let go of human issues such as love relations and bad taste in clothing. After the premiere of Ninfa (May 13), the artist will continue working to release her second single before the end of the year.