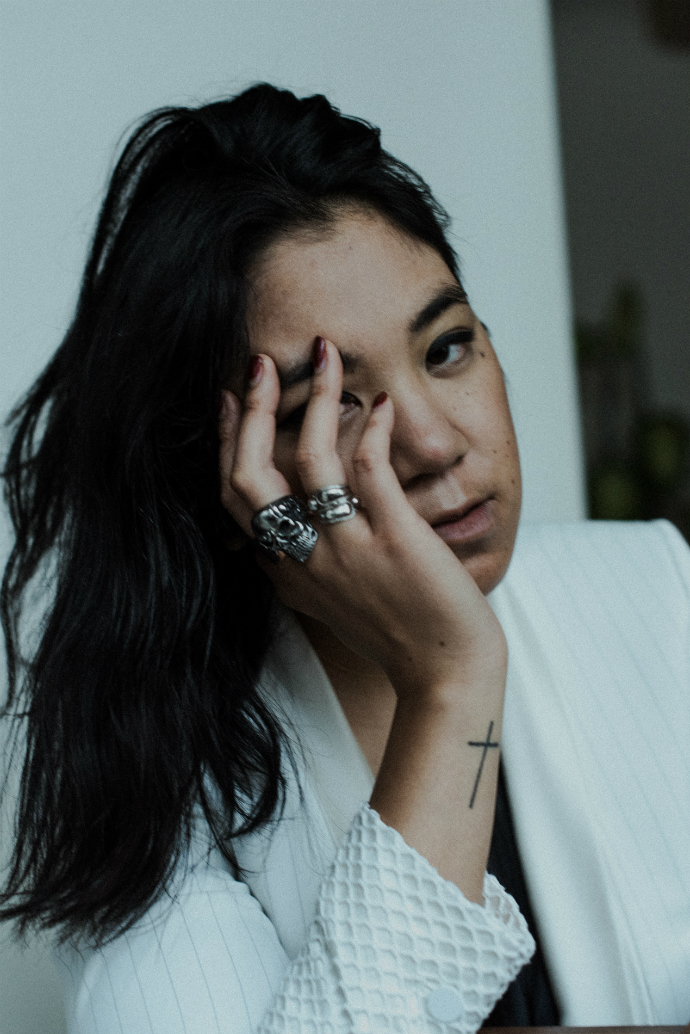 Vietnamese-American artist TRACE adds another impressive video to her evergrowing list for the deeply brooding single ‘Blood & Bones’, out now via Ultra Music. Shot at The Lodge Room in the Highland Park neighbourhood of Los Angeles, the clip is a smoky, glitter filled karaoke daydream that finds TRACE singing to an empty room. The visual is a commentary on the singer’s performance anxiety and embrace of her vulnerability while performing, musing on the “semi-sensual” feeling that sweeps the room between performer and voyeur. “I want the viewer to feel like the only person in the room,” she says.

TRACE is the daughter of Vietnamese pop star Carol Kim — aka the “Tina Turner of Vietnam” — and signed with Ultra Music after amassing over 40 million streams of her debut EP Low whose moody beat-driven alt-pop has earned comparisons to the west-coast cool of Lana Del Rey and the R&B-kissed ruminations of James Blake. She has also toured the U.S. with Jai Wolf & Mr Little Jeans.