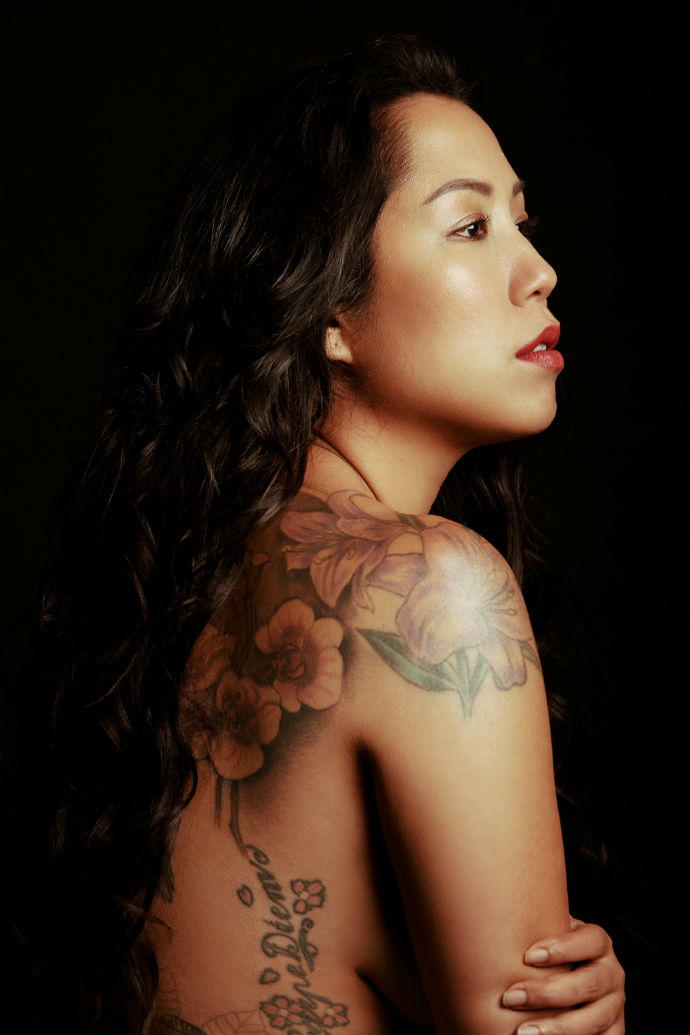 ‘Mindkiller’ is Vandetta’s second EP. The title is inspired by a line from Frank Herbert’s cult classic, Dune, “fear is the mindkiller”, and also appears on the track YCDIB. Her first single taken from the EP is a bouncy, feel-good homage to the hustlers who don’t stop with a nod to Singlish in its title, ‘Onz’. “Onz is about not quitting even when people hate on you or try to kill your vibe.” Explains Vandetta, “I’m inspired by so many artists who don’t give a fuck and just keep creating and always try to be better in their craft. If you have a gift that is meaningful why wouldn’t you engage it? You deprive yourself the opportunity for self-expression and improvement and that is a tragedy.”

Most of the scenes are at what we call “void decks” of public housing buildings in Singapore – I love that there’s a similarity yet they each look different and have their own character. Empyreal, who directed the video, went all over the island to find the most interesting blocks that fit with the bright and light vibe we wanted to echo the music, also enhanced by the clothes from Singapore fashion label, Mash-Up. It’s very easy to forget there can be beauty in things you walk past every day… be grateful to have a home, look at it from a new perspective. We chose to celebrate that through symmetry, colour and movement.

Vanessa Fernandez is a singer, songwriter and advocate for music and culture in Singapore. As Vandetta, she has taken her prominent position as a tastemaker and musician in Singapore to the world stage. Vandetta released her debut self-titled EP in 2013 and the first track off the EP “Fly” received positive reviews from influential media such as The Fader, Pitchfork, MTV Iggy and the LA Weekly.

Vandetta has played at iconic venues in the United States like The Satellite in Silverlake and The Standard in West Hollywood. She also continues to make her mark on homeground, at Laneway Festival in 2014, opening for ZoukOut’s Kaleidoscope stage in 2015 and at PRESSPLAY festival’s finale LASTPLAY in 2017. She is also a member of audio-visual collective, Syndicate, and has performed with them at both the Singapore and Sète (France) leg of the Gilles Peterson Worldwide Festival.

Sound of the Week: Sally Dige

Mindkiller is out now