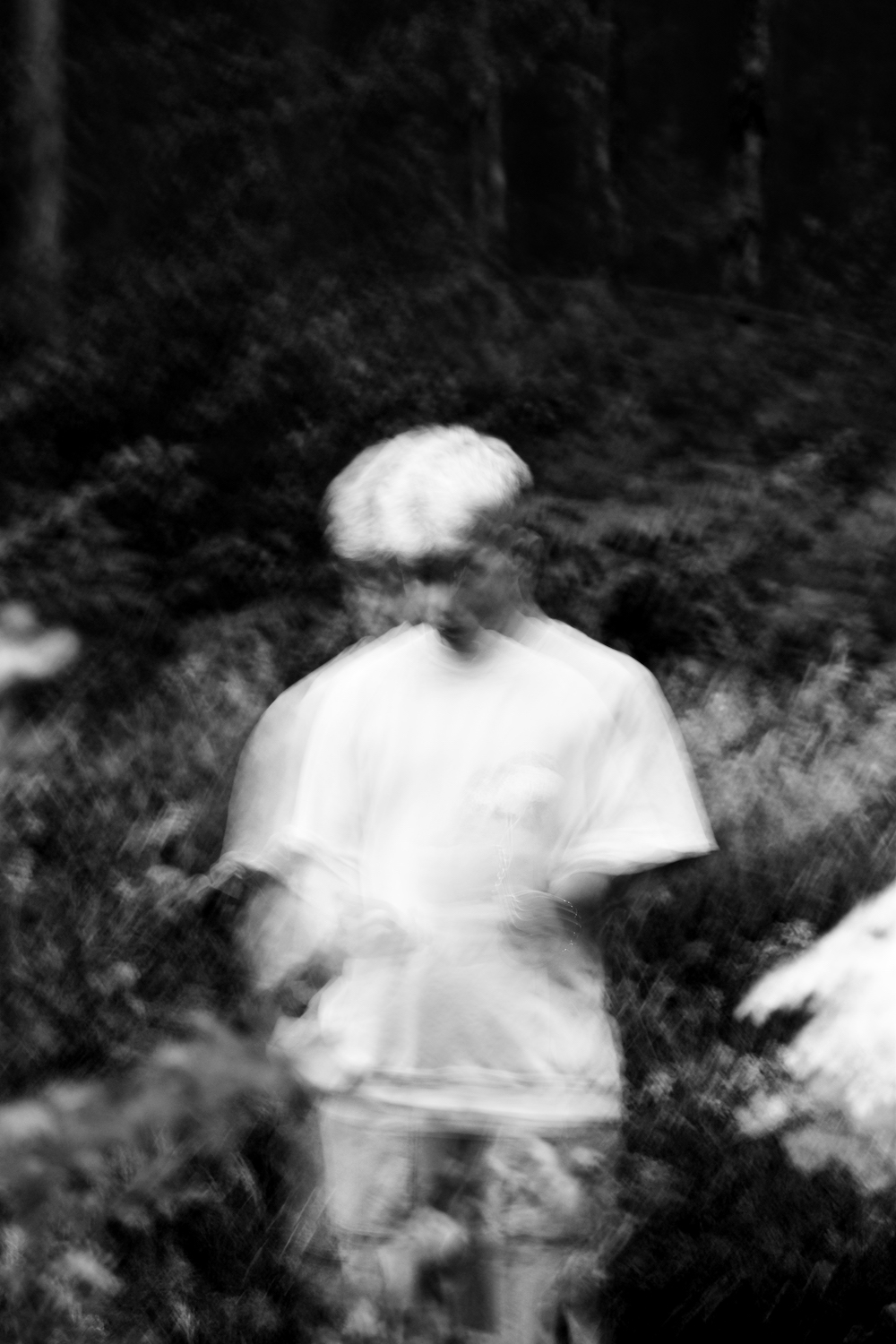 After several years of writing music behind closed doors, Voidie releases his new heartfelt EP Claustrophobic alongside a video for the lead single ‘Pushing Daisies’. Director Ollie Steer explains that ‘Pushing Daisies’ is a “dark and morbid take on a generally light and happy genre. Following our last video, this one fills the role of evil twin and offers a harsh contrast to the previous release. This nightmarish yet charming story unfolds giving an insight into mine and Voidie’s minds. We strived for a piece of art: a collaboration, a duality – and that’s what we achieved”.

After making and performing music for several years while pursuing a career as an actor, Voidie found his talent hiding behind a computer screen and MIDI keyboard. Having made his first track during the Covid-19 pandemic, Voidie has always been creatively driven by the idea of helping those who are struggling with their own battles. After experiencing his own problems with mental health, Voidie found music to be a creative outlet and looks to portray that through the juxtaposition between joyful and dark elements in his ‘Claustrophobic’ EP, which was produced by LA-based Recyclebin.

“I want this to be an escape for them”, Voidie says of the project. “This body of work is a downward spiral into my mind – a deep dive into my battle with addiction, anxiety and depression,” he elaborates: “conflicted thoughts which left me feeling claustrophobic.”

As much as it was exhausting pouring my inner burdens and negativity into a microphone, I was relieved to finally and truly express myself and step out of my comfort zone”.

Singles released as part of the EP have received consistent support from Spotify and have been added to their ‘Hyperpop’, ‘Fresh Finds UK’, ‘Fresh Finds Pop’ and ‘The Other List’ playlists as well as being added to Apple Music’s ‘New in Pop’, ‘Alt-pop’ and ‘Wildflower’ playlists. The track was also broadcasted on Travis Mills’ Apple Music radio show on June 21st.

Lyrically vulnerable and sincere, ‘Claustrophobic’ is an electronic EP that clearly demonstrates Voidie’s love for multiple genres across the board. It’s got a sound that holds elements of experimental electronica and rap, alongside heavily-autotuned pop vocals.

“If you mash emotion, fashion, glitch and melodies into a ball, you will get my sound” Voidie’s aim with his ‘Claustrophobic’ EP is to “take the egotistical mindset out of artists”. He adds: “I just want to be seen as a normal dude who makes heartfelt music and has plenty of swag.”