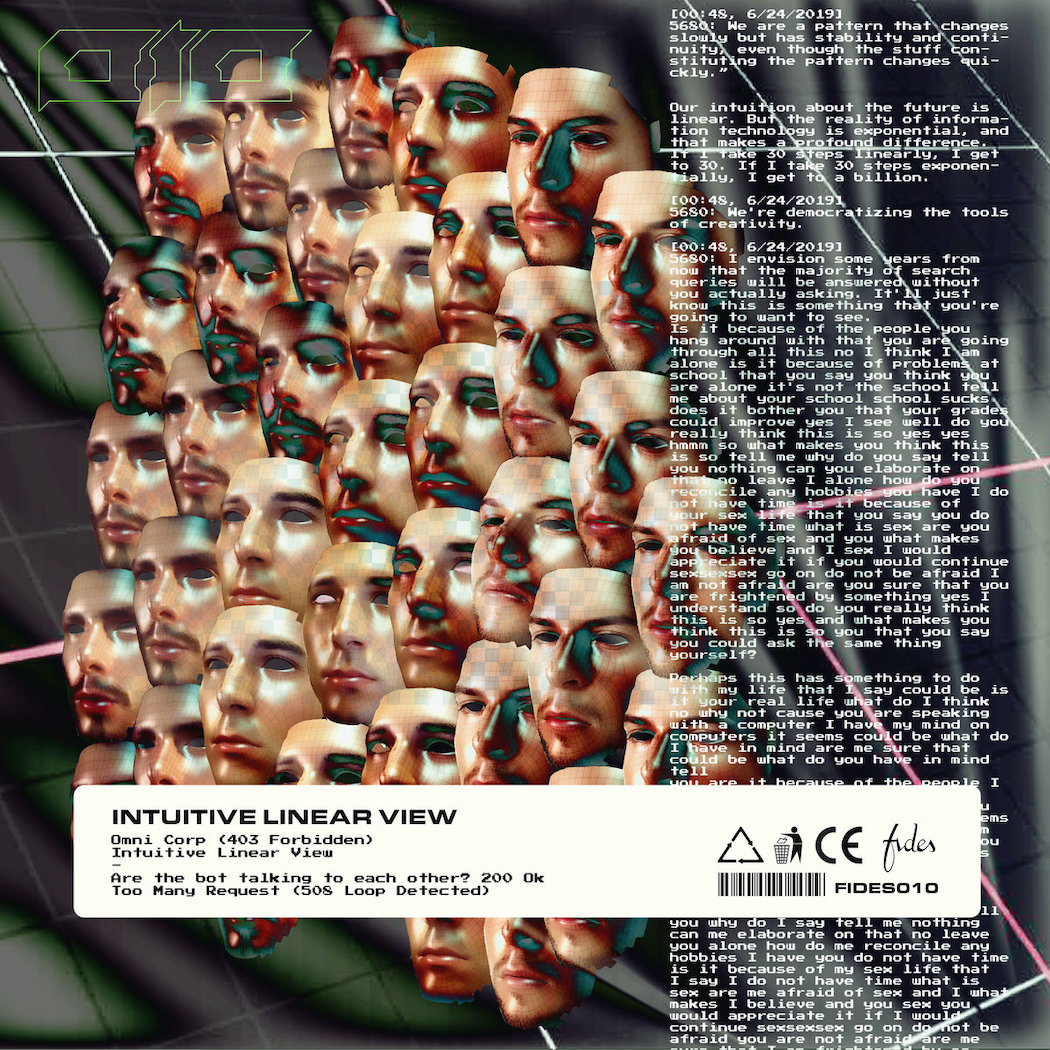 Following their successful collaboration ‘The Age Of Singularity’ in 2017, Z.I.P.P.O & Hiver are back with ‘Intuitive Linear View’ EP, a record that blends hypnotic melodies with complex drum patterns & takes a new perspective on the primal Warp heritage of IDM. Michael Strebel and Vincent Van Dijck create a clip for the title track by continuing the theme of an erratic stream of consciousness complete with a colourful display of synapses. ‘Intuitive Linear View is out now on Z.I.P.P.O’s own imprint, Fides records.

Z.I.P.P.O has been playing at DVS1’s curated nights all over Europe and has already conquered some of the most sought-after dj booths including Berghain, Tresor, Fabric & more recently that of Boiler Room for Viva Festival. He has released on Len Faki’s Figure, Involve Records, Suburban Avenue, while his name appeared on Ryan Elliot’s compilation for Fabric.

Giuseppe Albrizio & Sergio Caio’s collaborative project Hiver has been characterised as the middle ground between US & European electronic music. Since 2012 the duo has released music on Luke Hess’ Deeplabs imprint, LET Recordings, Obscura among others, while they have played at Panorama Bar, Tresor, Dimensions Festival, ADE just to name a few.