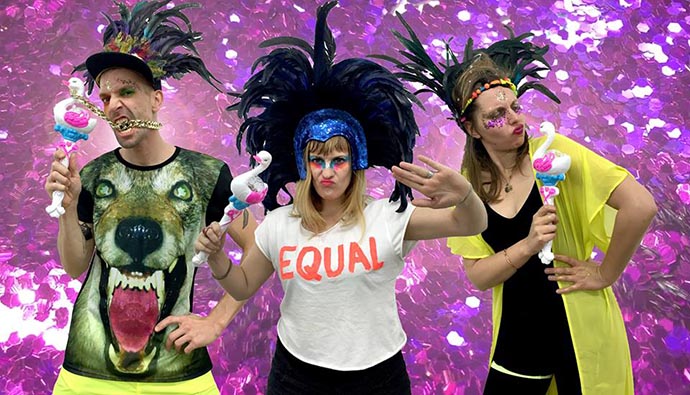 French electro-trash-poppers Plateau Repas are back with a new single and video: Transhumanism! KALTBLUT is proud to host the video world premiere of the self directed clip with a 10Euro budget. The band proved once again that they are the Kings of new-euro-trash. Transhumanism is taken of the forthcoming album “Best Of” from Plateau Repas. Mixing genres from Hip-Hop, 90s Eurotrash, House and Pop, singing in French or English, the long-awaited (it’s been 10 years since the band formed) first album of Plateau Repas is righteously called “Best Of” and features 8 new songs and 2 previously released but reworked tracks. Sweat Or Die! If you are based in Berlin, do not miss the BEST OF debut album release party at ICH BIN EIN BERLINER – „WINTER“ ! SAVE YOURSELF SAVE THE DATE 11.12.15!

“Transhumanism” is a home made video with cheap special effects but a lot of class and a unique sense of rhythm as Plateau Repas questions our loss of reality addicted to our gadgeted-online deviations.

Plateau Repas is a eurotrash trio (Marianne Jaquet, Valentin Plessy and Fleur Helluin) who digests music from all backgrounds without chewing and suffer from an acute obsession with corny eurodance, old-school hip-hop and 90s dance music.  They compose and write everything together on a computer and José (half-keyboard / half-BFF). Based in Berlin since 2006, they give pure body energy on stage.

In 2005, they created their motto: SWEAT OR DIE! And brought it to the stages of the world for over a decade. Memorable performances got them black-listed by the UN Health Department for too many (untrained) people got heart attacks and chocked on glitter.

Is Plateau Repas a political act? their answer is:
« Your abs make sense when your mind is absent! »

They will be releasing their first album Best Of on the 11th of December 2015 during the Ich Bin Ein Berliner Festival in Berlin. 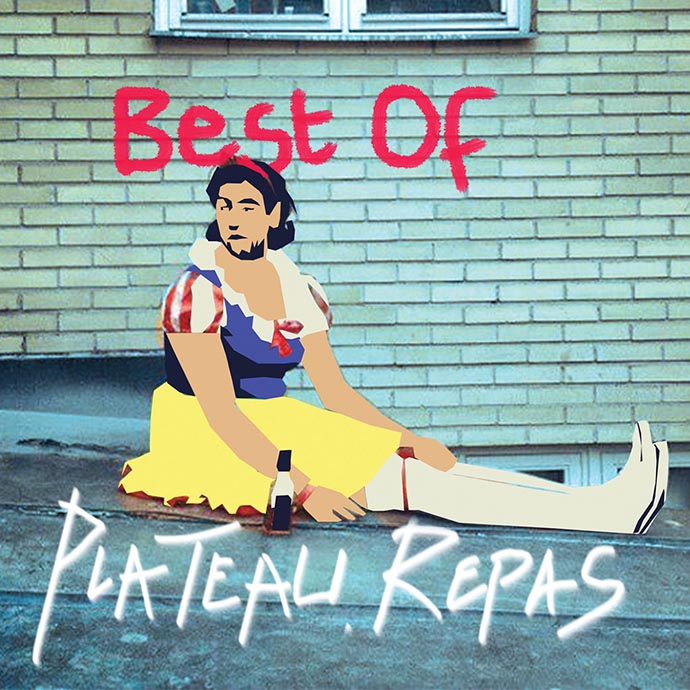