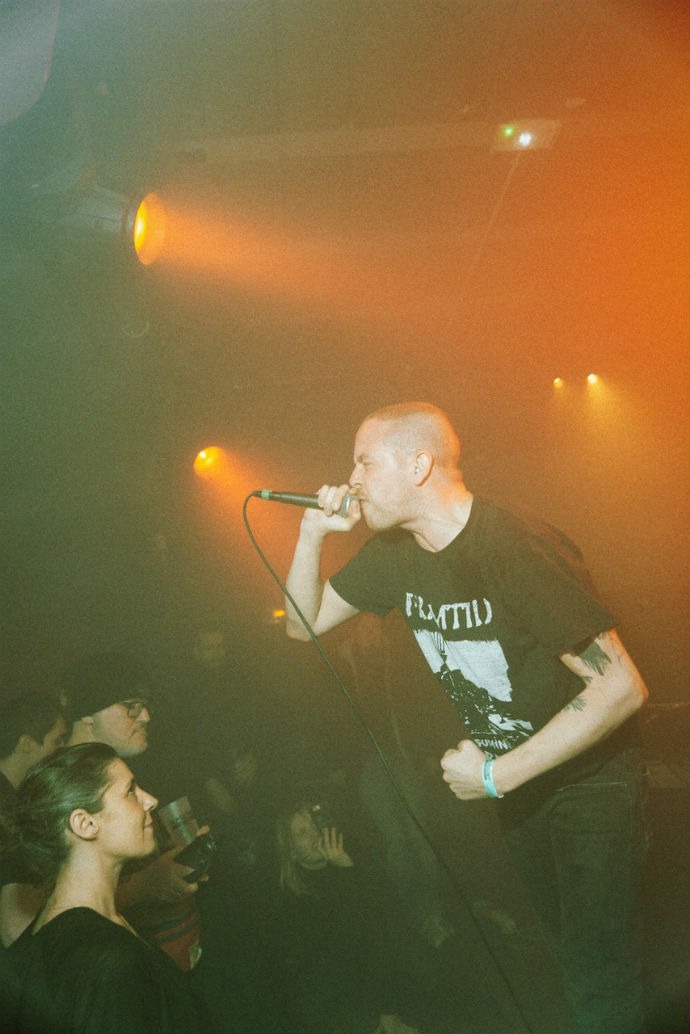 Over a year on since the drop of their eponymous debut LP, proto-tech punk production duo Volition Immanent (aka Parrish Smith and Mark Knekelhuis) return to Mind Records with a fiercely abrasive new two-tracker primed for ruff and gritty jousts in the dungeon. Recorded live at De School Amsterdam, ‘Photosynthetic’ blazes with the pair’s idiosyncratic mix of roaring analogue salvos, poetry and riot-inducing shouts. A further ominous chopped and screwed-indebted affair, the A-side ‘White Boy’ beams its listener up into a murky G-goth sonic maze of sorts, where the ghosts of Tommy Wright III and Three 6 Mafia rub shoulders with Minor Threat at their most dangerously rowdy. The duo put together their Top 5 Punk Electronix tracks to celebrate the release.

“Alienation at the French autobahn, the is contemporary stuff, they found a consistent mix of humor and serious sophistication. Live their up your party”

“Jimmy Smack was this one of a kind character, deep into the LA underground of the beginning of the 80’s. Strong lyrics, in sound this blinks out in the nervous ‘less is more’ No Wave territory. His extravagant performances must have been cathartic. Jimmy is not with us anymore, hatin life”

“Innovative and experimental with a emotive and critical message. Great track that combines hip-hop, electronics and hardcore punk.”

“Originally produced by early Cabaret Voltaire (Richard H. Kirk) 1981, dirty post punk and no wave with electric dub/funk elements. This was a precious find at the record fair Utrecht.”

‘Photosynthetic’ is out now via Mind Records