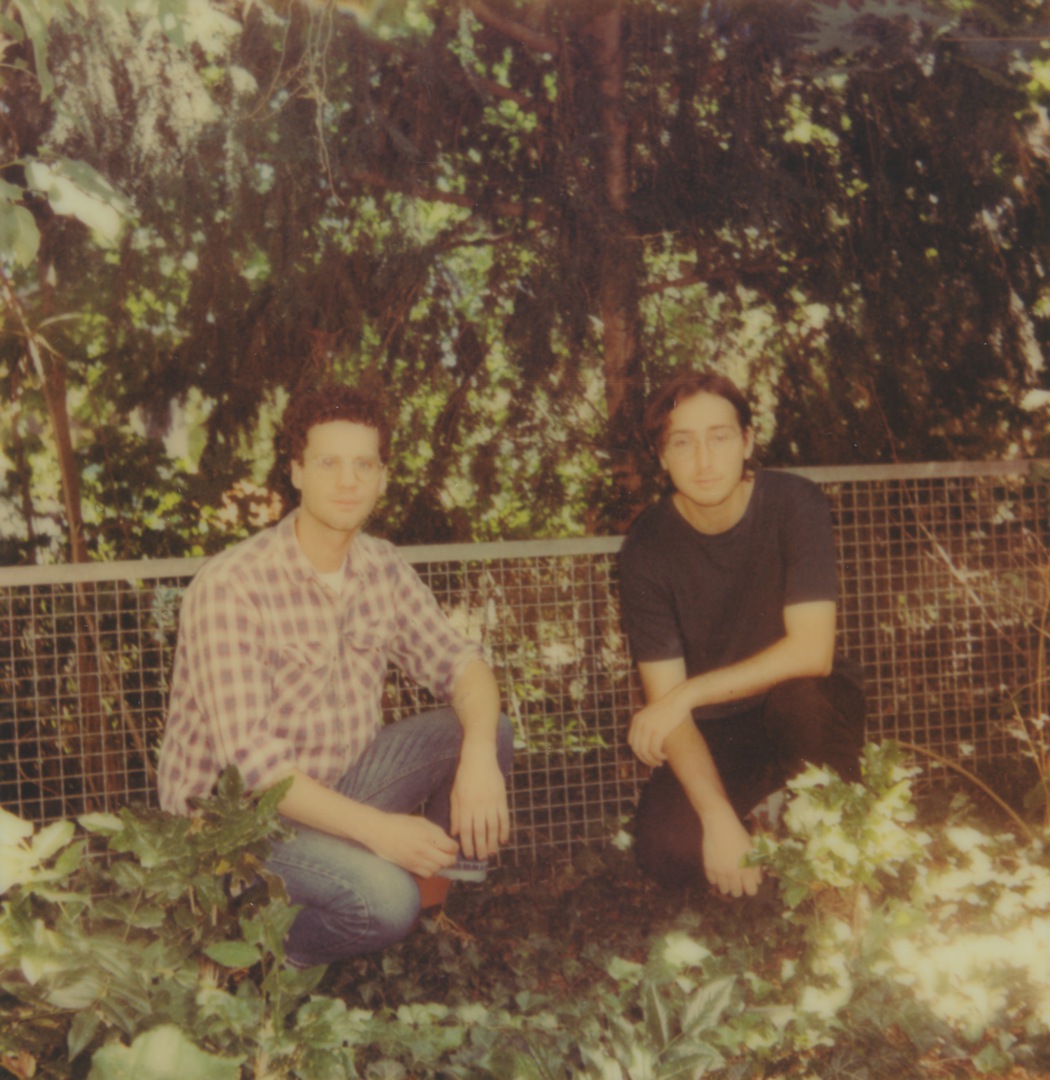 Whitney on their heartfelt new record, Forever Turned Around

Adored, indie gems Whitney spent a bright summer day in Berlin ahead of their newest release, “Forever Turned Around”. We spoke with Julien Ehrlich and Max Kakacek, the songwriting masterminds behind the touring band of seven, about all things FTA. In retrospect, it felt like the calm before the storm moment for them. This interview was just before they headed into rehearsals in Michigan for ten days. This was also before what seems like a whirlwind of promo ahead of the album. They played a cosy hometown show in Chicago: Pitchfork Music Festival. They toured a round of late-summer, European festivals. They even previewed their album while driving around in an Oscar Mayer wiener truck. What’s more? The mayor of Chicago declared 30 August Whitney Day. 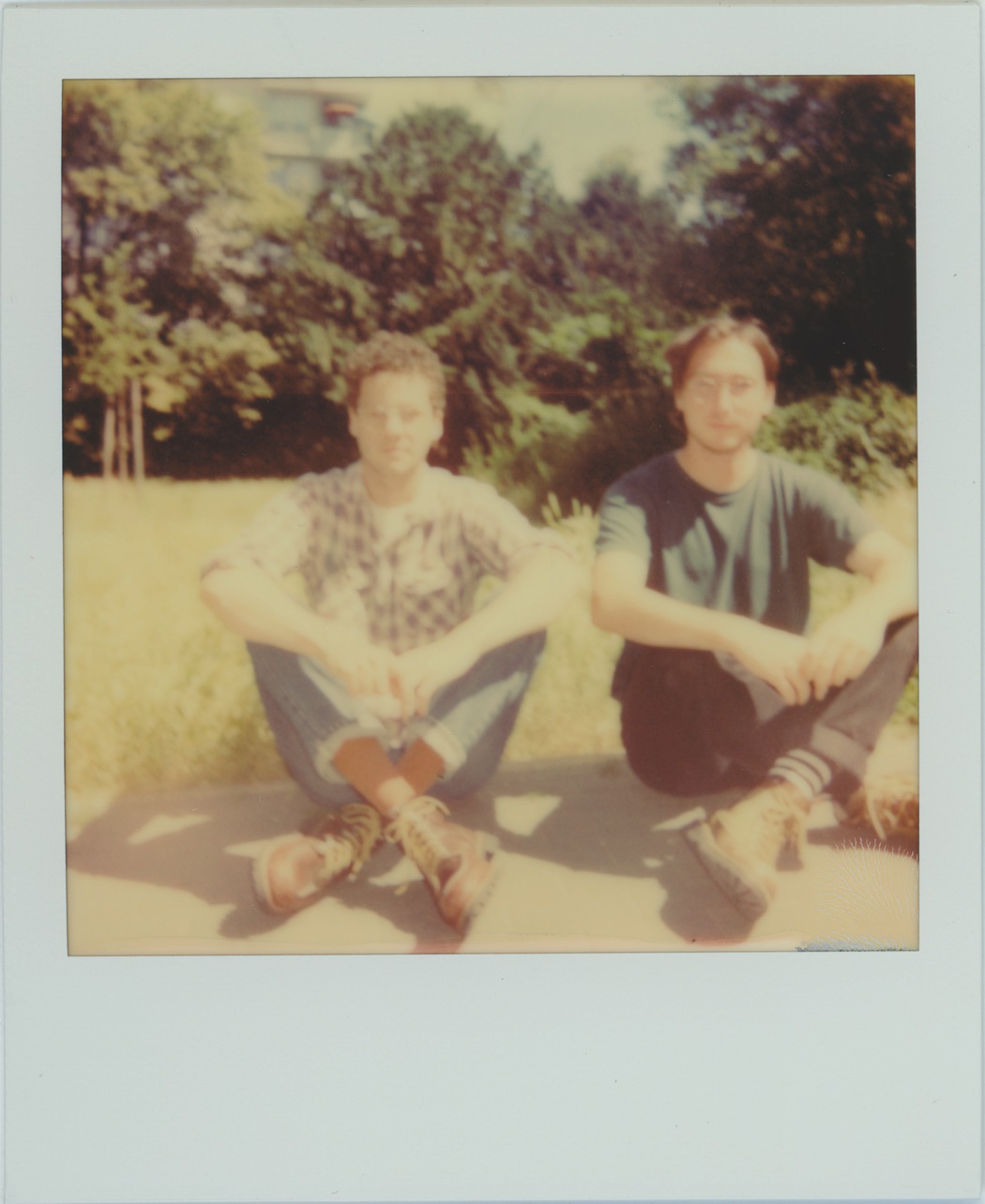 That day in Berlin, the heat–inside and out–was palpable. So, we opted to sit in the sun and chat outside. The pair were easy-going and relaxed, albeit conscious of the Neukölln passerbys. Ehrlich would pause every time someone walked past, and Kakacek would jokingly comment on how American we looked. They are observant and thoughtful, both in-person and lyrically.

Their latest release follows up their critically-acclaimed debut, “Light Upon the Lake”. As with every artist who faces that dreaded sophomore slump, you would expect the external pressure to be immense. But, it seems as if the duo are already their own, biggest inner-critics. They set high standards for themselves. “Whenever we’re creating music, even when we’re playing live. We put a lot of pressure on ourselves naturally. Even when we were making the first album we were like, ‘this has to be the best thing that we’ve ever made or else we’re not going to put it out’. When your making music you should believe it’s the best thing that you’ve ever made”, Kakacek stated.

“Forever Turned Around was made for other people”, Ehrlich revealed. “Obviously, it’s written about ups and downs in our own relationships and other friendships that are specific to us. All we really care about is if it helps other people. A lot of the lyrics are dark, but we hope that they relate. We didn’t fully expect ‘Light Upon the Lake’ to get such a response in the way that it did. The only thing that made us happy was when people reached out, and a lot of people did”. 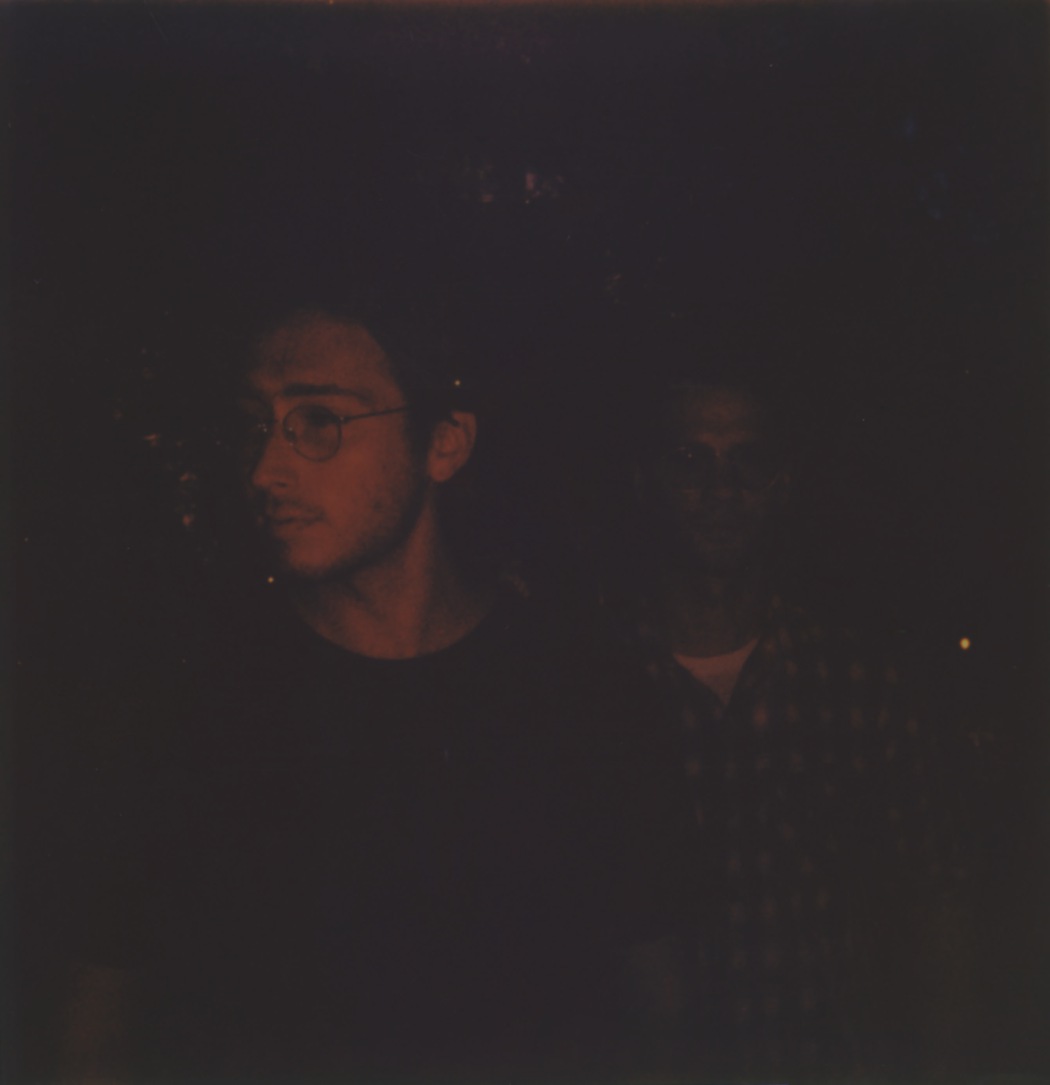 It has been well worth the wait since 2016. Start to finish, “Forever Turned Around” is an album that you can leave on repeat. It is satisfying in that way. Those ten songs flow together effortlessly. On this record, Whitney often couples cheerful melodies with lyrics that are emotionally difficult and sincere. If you are ever in need of upbeat cry songs, look no further. “Forever Turned Around” is one heartfelt song after another.

The duo started writing the album immediately, and the band were even playing a new song on the road while touring “Light Upon the Lake”. However, the song did not end up making the cut: “The record was supposed to be centred around that song. But, of course, it wasn’t” said Ehrlich.

For Kakacek, “it was mainly a pacing thing. Without it on the album, I feel like it’s much more efficient and smartly done when you listen to it the whole way through, and that song really was one that took a long time to be rewarding, and I think much stronger as a stand-alone single”. Ehrlich continued, “We just kept writing songs that could actually be the centrepiece of the record. That song just lost a little bit of importance when it comes to the sentiment and the actual lyrics”.

“Forever Turned Around” is the kind of song that plays during the end roll credits of a movie. There are two versions of the song, actually. The album one and “FTA” which was used for a YouTube teaser video. When asked how they came up with the lyric, Ehrlich started, “it’s kind of a long story, and it might not be that interesting”. Then, dryly he joked, “so I’ll tell it”.

He went on to explain, “We had this old hook over FTA that we were super obsessed with and I think we still both love it, but we couldn’t have finished the song if we didn’t get rid of it, we had to let go of the thing that we loved in a weird way. It freed us and now ‘Forever Turned Around’ is maybe my favourite songs that we have ever done. But we got rid of the old hook and came up with the ‘da nuh na, na na na’. And then those words came shortly after. Which is always reassuring when the words fit right into place. It was later that day”.

This excerpt into their process is analogous to the overall intentionality of the album. The band recorded twelve songs, and let go of two of them. Their lyrics are thought out, personal, about love and the sadness that comes with it; they are nearly journal entries describing what was going on in their lives at the time. Such is “Valleys (My Love)”, which came out of a writing exercise. “We tried to make it seem like we were writing a letter to someone, but it never worked out. That’s maybe the closest we got”, delved Kakacek into their songwriting tactics.

Like “Red Moon” on the first album, we find an instrumental track titled “Rhododendron” mid-way through. Why include an entirely instrumental song? “Because having a break from just any lyrical content is kind of important. And it’s a fun song in the middle of what is not always a fun album”, Ehrlich said. 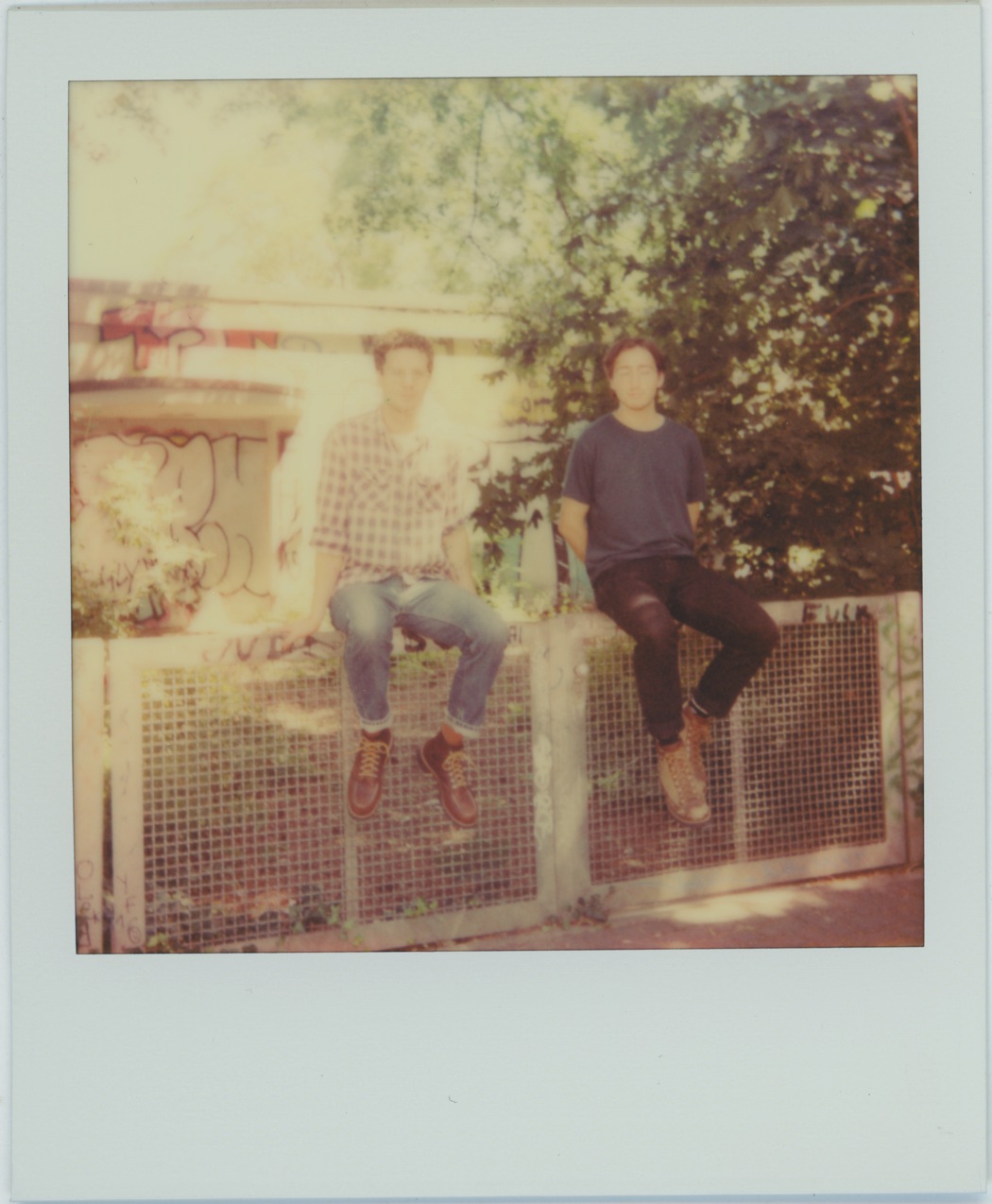 Then Kakacek pondered, “I’ve never thought about it this way until right now. What is that Blink 182 song?”. Quick to recognize the reference, Ehrlich responded, “That’s Why I Built This Pool”. Kakacek carried on, “It saves us from making a complete joke song to save our brains. Everything is so intentional and worked on and emotionally tied into ourselves, and we have to have one moment to let loose. I think if it weren’t an instrumental, it would be the worst song you’ve ever heard”.

According to the Kakacek, letting loose, especially when improving live, becomes an issue later on in the touring cycle. Ehrlich exclaimed, “everyone is just playing the most ridiculous version of the way they think the part should sound”. Their back and forth banter continued: “You’re trying to make everyone laugh on stage. And then you hear the video back like ‘what the hell?’”. “‘What was I doing?’ I’m surprised Max has never full-on tapped.” “I used to in Smith Westerns. I learned from my mistake. It’s not good”. 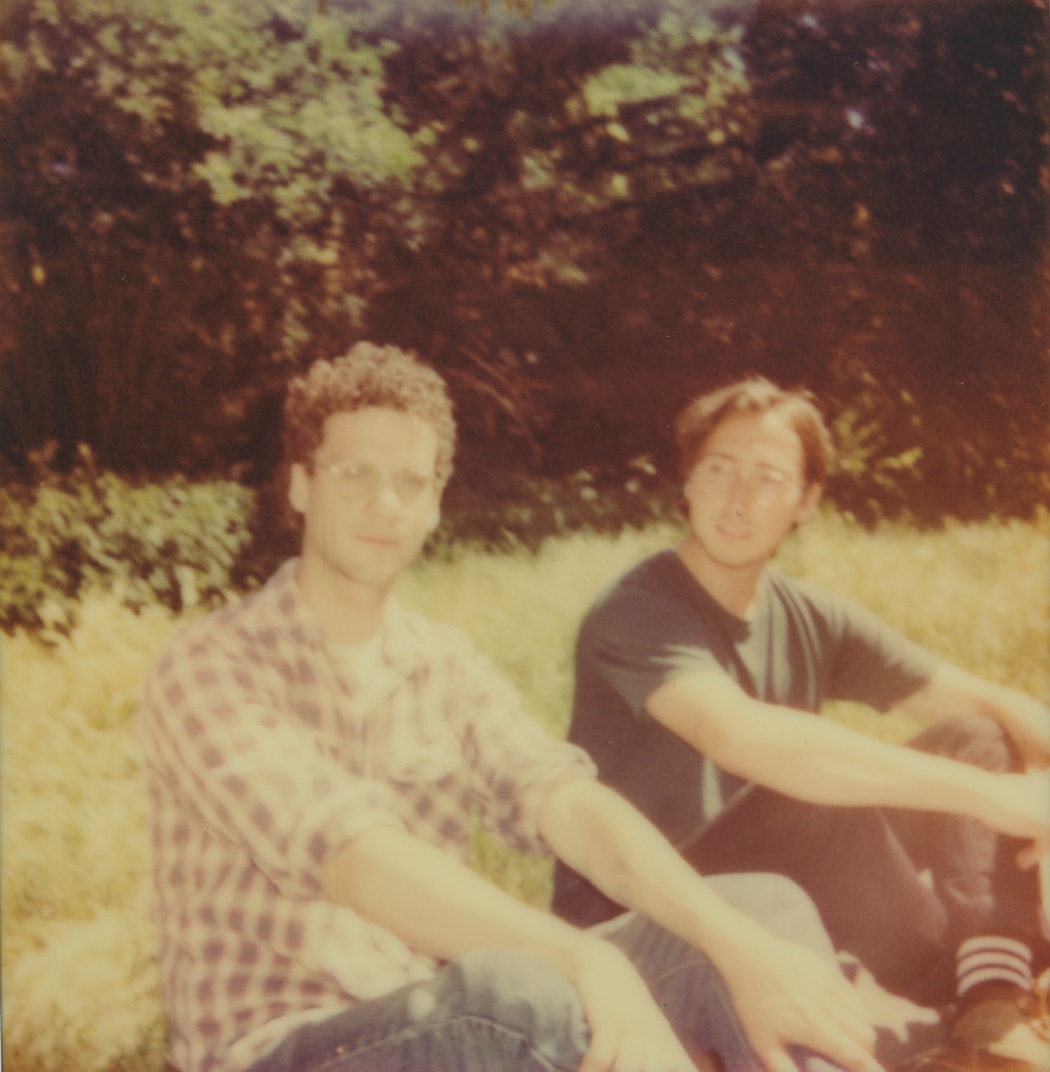 Sidetracking from recorded material, in this way, can be much more interesting for an audience. To which, Kakacek responded, “for that reason, we’ll never stop doing it. But our taste dissolves after touring for three years. Recording, I think you build up taste”. “Then you let it all go” concluded Ehrlich.

Listen to “Forever Turned Around” now out through Secretly Canadian and catch the band on tour this fall. 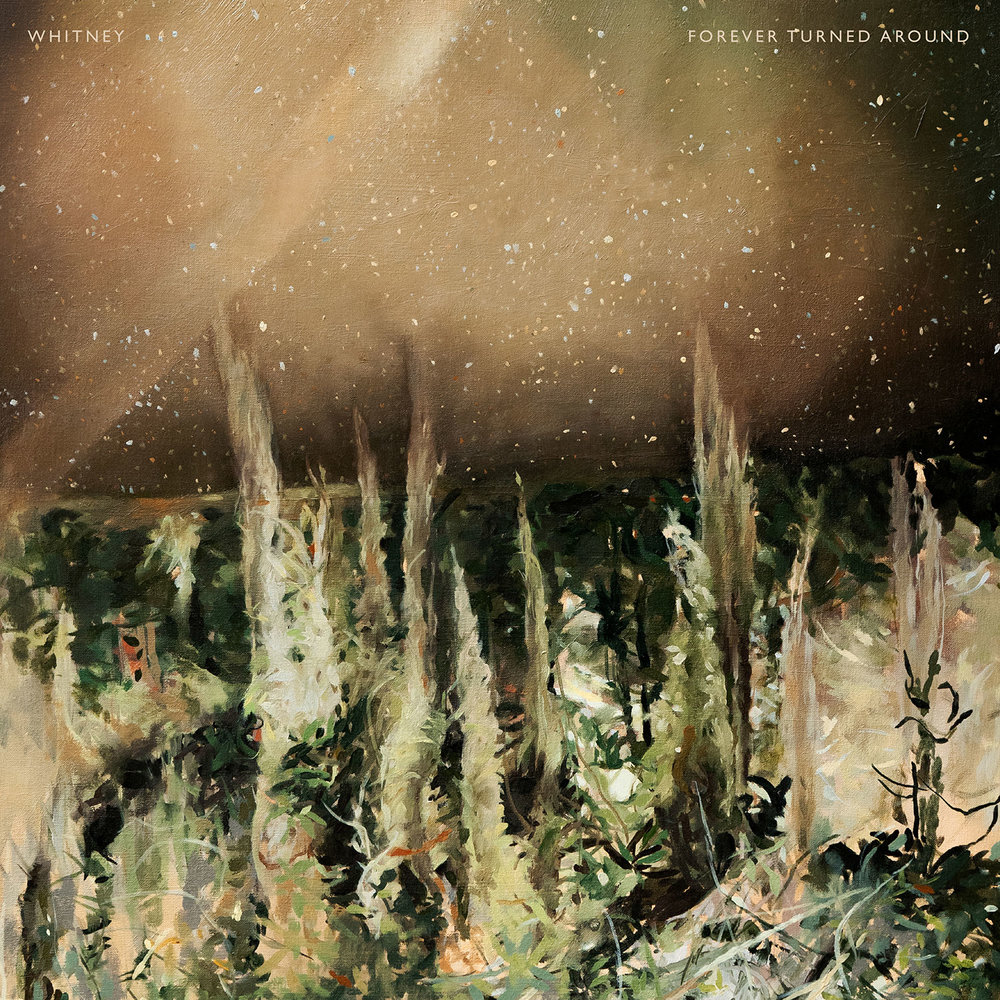