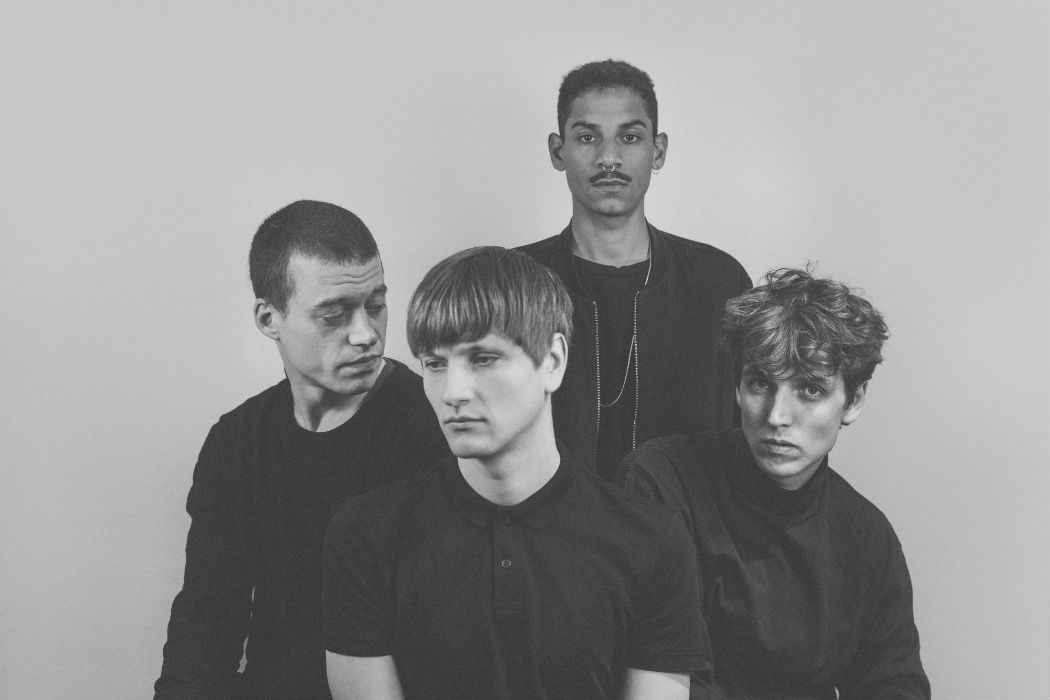 After being founded in 2011 by singer Ronald Röttel and guitar player/keyboardist Marin Geier, Xul Zolar quickly gained recognition for their live shows, being tipped by media outlets all over Germany as one of the country’s most promising upcoming bands. Now two years after the release of their first EP, their debut album ‘Fear Talk’ finally sees the day. As a major reason for taking so much time, the band cites, in addition to line up changes (original drummer Tim Gorinski was replaced by Dennis Hoffmann in 2014), the fact that they wanted to create an album that is more than just a collection of tracks written over the course of the bands existence and that reflected the maturation of the band’s aesthetical vision over the years. Delve deeper into their musical process with a selection of influences below. You can also catch Xul Zolar performing at Berlin’s Volksbühne on February 25th.

“Marvin took over production duties for ‘Fear Talk’. But in addition to being a cool dude and a great producer, he is also a very gifted musician, who actually has a huge back catalogue of music, only a tiny section of which is released. After having produced Hip Hop beats and more dance-floor leaning electronic music he has recently moved into a more jazzy direction. This track, which is taken from a 3-track EP released on FILM Records in 2017 called FUKUSHIMA, is one of our favorites.” (Dennis)

“Talking Heads are cited everywhere as being one of our biggest influences. And rightly so. It’s hard to pick a favourite. But, I think, when pressed I’d go for this track from „Remain in Light” (which is also my favourite TH album). The hook melody is just sublime and the combination of catchiness and interesting, experimental rhythm/ instrumentation definitely served as a role model for Xul Zolar.” (Marin)

“Arca is, in my opinion, one of the most striking figures in contemporary music. A truly fascinating artist whose creative and innovative powers seem to know no limits. Especially his early stuff was an influence for ‘Fear Talk’ even if you maybe wouldn’t have guessed. But the synth sound on ‘Two Month’, the album opening track, was a direct result of me trying to create an Arca-like synth sound.” (Marin)

“I’m a huge Paul Weller Fan and that is – among other things – because of his diversity in music and style. When I was younger I listened a lot to The Jam and I also liked this whole Mod Thing – ‘English Rose’ is still one of my favorite songs. But I also like his second project called The Style Council, which is very different from his earlier work. It has this cold 80s vibe and also elements that are nearly too slick or just kitschy, which I find very interesting. And both of them were – in terms of creating a specific sound or style – very important aspects for me on ‘Fear Talk'” (Ronald)

“I guess there isn’t much to be said about CAN that hasn’t been said already. Most definitely the best band to ever come out of Cologne. ‘Halleluhwah’ from their third album ‘Tago Mago’ showcases maybe more than every other track their sheer and raw power. The drumming of Jaki Liebezeit, who sadly passed away last year just like bass player Holger Czukay, is just one of a kind. R.I.P.” (Dennis)

Fear Talk is out now via Asmara Records, stream/download here