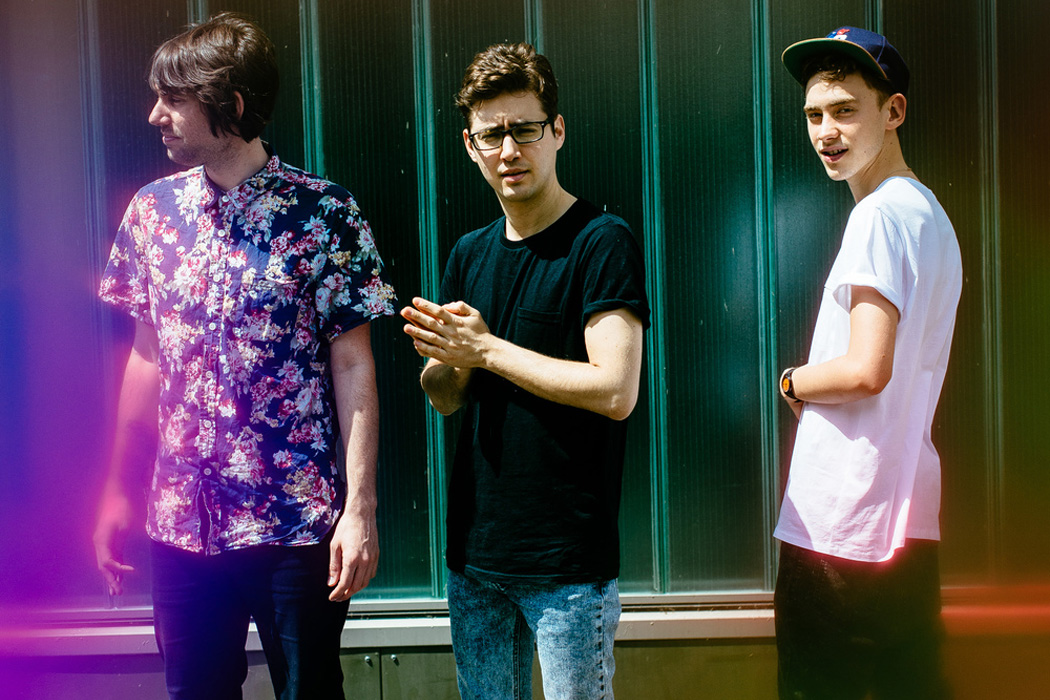 Olly Alexander’s voice is a mix of eclectic dreaminess with a soulful sense exuberating the up-beat electro sound that is Years & Years. Their work has continually flourished through 2014 with the launch of their EP Take Shelter, landing a number of gigs and bringing out a bunch of distinguishing music videos. All photos by Mike Massoro.

With the release of their latest single King this track is sure to shake off the winter blues with its dance-pop equilibrium that is true to the band’s direction. Each working on a different aspect of their musical process the trio perfectly combine together to create electro-pop at it’s finest.

The momentum for Years & Years is continuing at such a fast pace and we cannot wait for the album to be released this June.

KALTBLUT: How did you guys get together?

Years & Years: Mikey moved from Australia to London about six years ago and advertised on findingbandmates.com for a guitarist, that’s how he met Emre. Mikey and Olly met at a house party a little while later and we all met up and started making music together.

KALTBLUT: Can you tell me a bit about your musical process?

Years & Years: It varies, we all have different skills so we kind of let each other do what they’re best at. Olly plays piano and writes a lot of the melody and lyrics at the piano, Emre makes a lot of beats and sounds on his laptop and Mikey is really into analogue synths and creating bass lines.

KALTBLUT: As a band what influences and inspires you?

Years & Years: Everything! Anything and everything can inspire you – Raymond Carver books, David Lynch movies and TV shows. Musically we get inspired by acts that have created their own lane such as the Pet Shop Boys, Talking Heads, Little Dragon and Flying Lotus. It’s good to have diverse musical taste.

KALTBLUT:Tell me something that most people wouldn’t know about you?

Years & Years: Most people don’t know that we’ve been playing together for five years  and that quite an international band – Emre’s Turkish, Mikey is Australian and Olly is British.

KALTBLUT: There’s been a real buzz around you guys… How do you feel about it all the hype?

Years & Years: We’re so happy and grateful that people are taking notice of us and most importantly listening to the music but at the same time we try not to let it affect us too much and just try to stay focused on how we do what we do.

KALTBLUT: Do your lyrics come from personal experiences?

Years & Years: Yeah. Olly writes all the lyrics from his own life.

KALTBLUT: You’ve done amazing cover of Blu Cantrell’s ‘Breathe’… Who would be next on your list?

Years & Years: Ah good question. Maybe a song by The Cardigans? Olly would really love to cover ‘Let me Love You’ by Mario.

KALTBLUT: Can you fill us in on the future of Years & Years?

Years & Years: We’ve got the album to come out in June and before and after that we’ll be touring all over Europe, Australia and America. After that who knows? More music, more videos and more everything…