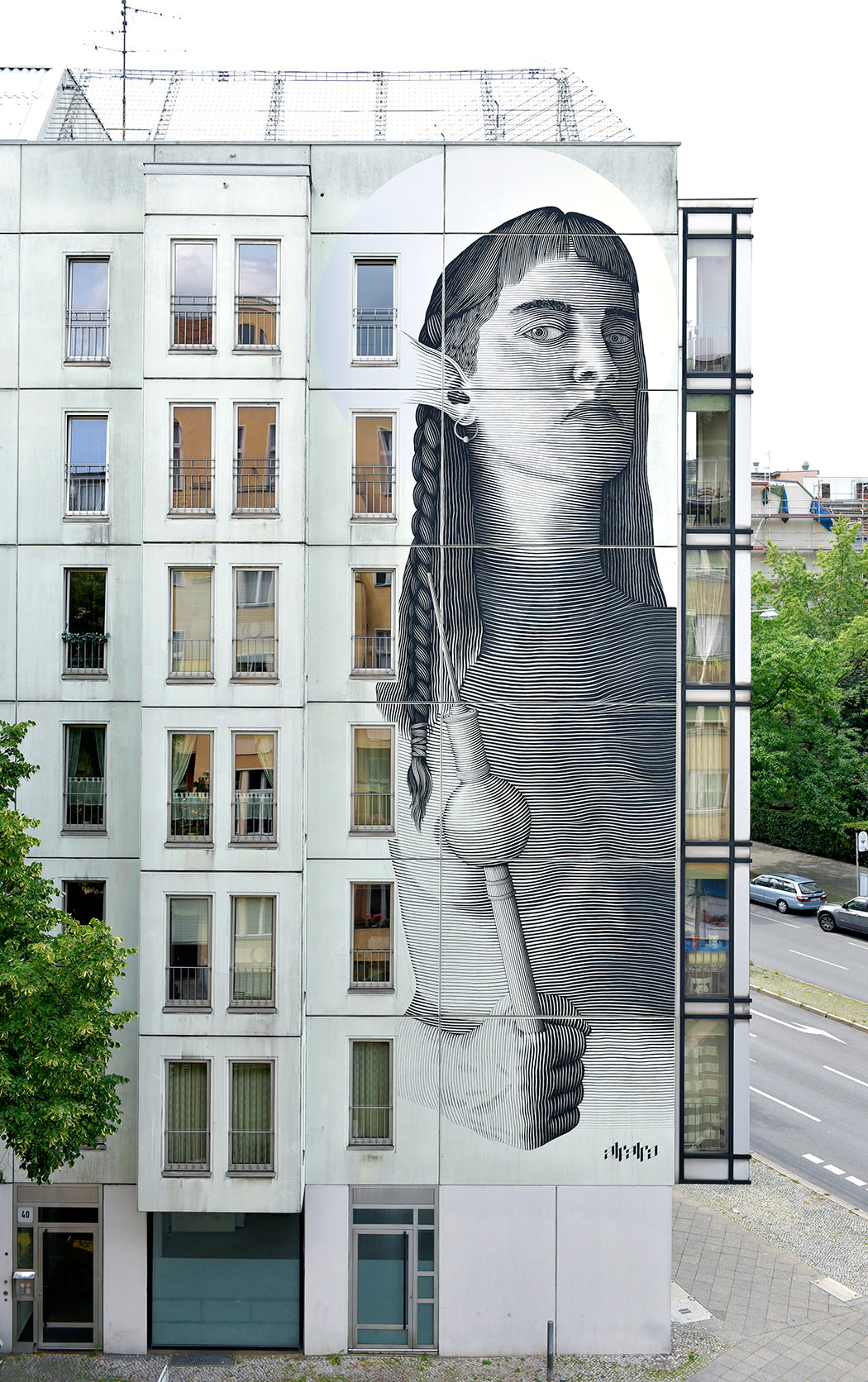 On the walls of cities around the world, Nicolas Alfalfa represents immensity, adventure, freedom and discovery as an initiatory journey. The subtle traits of his black and white characters are his freedom to capture the sea monsters. A text by Séverine Grosjean. 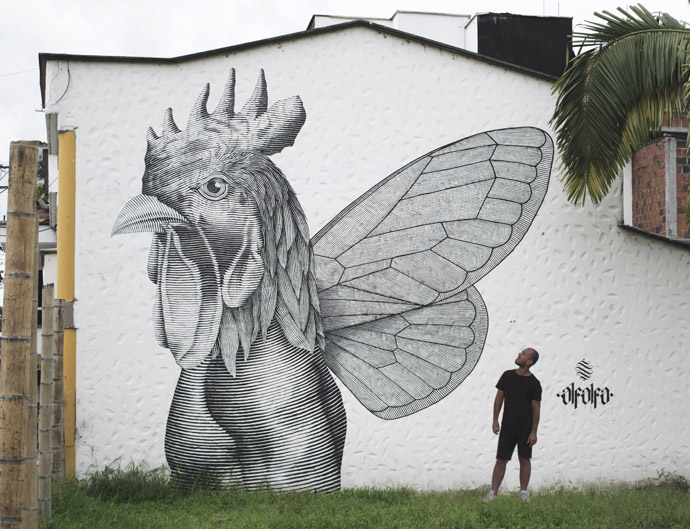 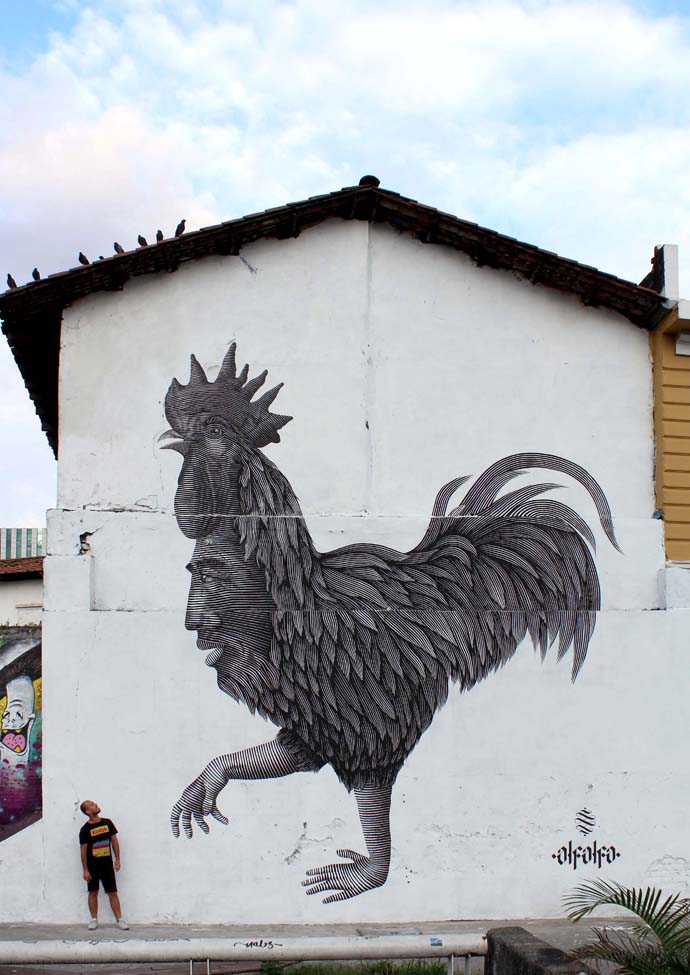 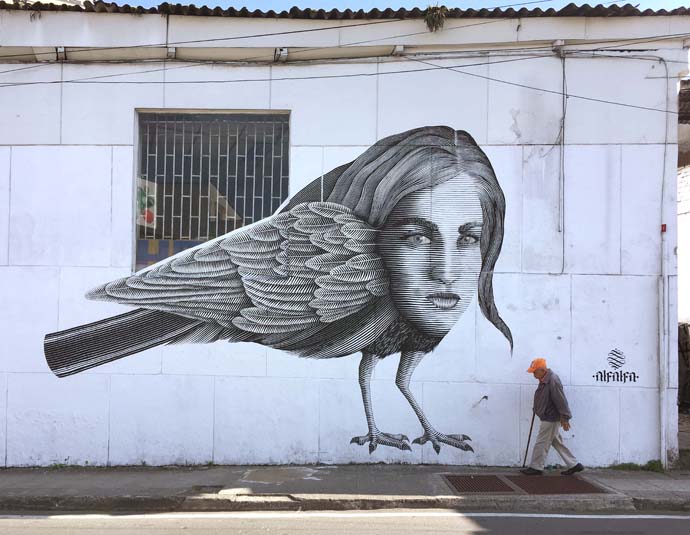 Like Homer, enchanted by the sirens in the Illiade, the Uruguayan artist Nicolás Sánchez alias Alfalfa was haunted by the mysteries of the seabed. He embarked on a graphic marine expedition and created his own marine mythology to surprise us.
On the walls of cities around the world, this urban artist represents immensity, adventure, freedom and discovery as an initiatory journey. The subtle traits of his black and white characters are his freedom to capture the sea monsters. Alfalfa tells the fascinating stories of mermaids, tritons and triterpes; half human – half fish. In his new work presented at the Museo Zorrillla in Montevideo, he exhibited ” Arbol genealógico de sirénidos posibles e imposibles”. As a historian or a genealogist, he introduces us to the family of mythical beings. Far from provoking a repulsion, these fantastic bodies are harmoniously intertwined with the image of the gods that reigned over their domains. This young artist touches the viewer allowing him to bathe in a mysterious and divinatory universe. This giant work comes to life before our eyes. This very rich universe devours the walls of the museum, but also those of the city, its main area. Alfalfa’s work intrigues. These beings, come from another time, in all power, are fragile. Time will erase them, but it will continue to be, for the inhabitants, this “foreignization of public space”, according to Denis Delbaere. 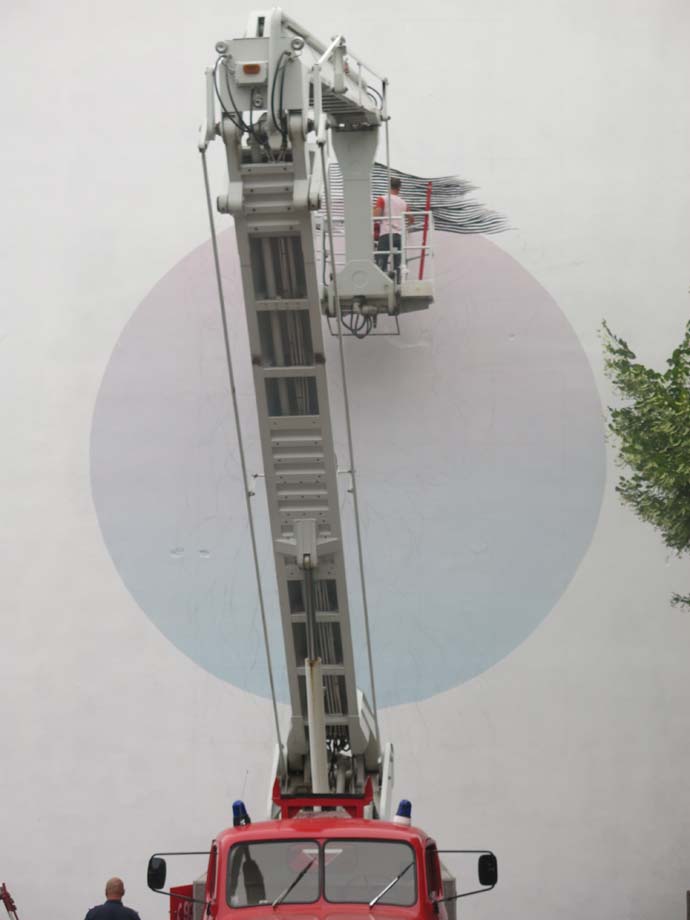 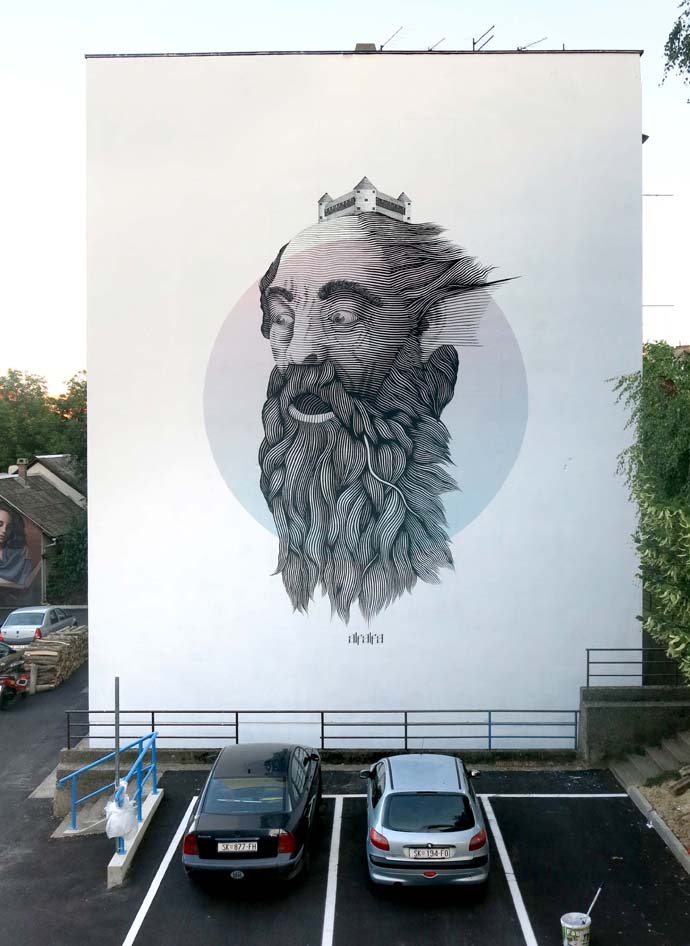 These great mythological figures, sometimes dramatic, favor an exchange in the city. Alfalfa renews the sensitive in the contemporary urban landscape. His works create sensitive effects as a supernatural power. The walls of the city become the theater of a world in which the brushes of the young urban artist Alfalfa are the instruments of an exceptional anthropomorphism. The gallery of Nicolás Alfalfa is composed of “normal” beings, the spectator and “strangers” who live together and understand each other. These metaphorical creatures from another world and from another time are a reflection of man. This magical, invisible and mysterious world carries within it the image of human nature. Rethinking the place of myths in society also means taking a distance from what it does to man. 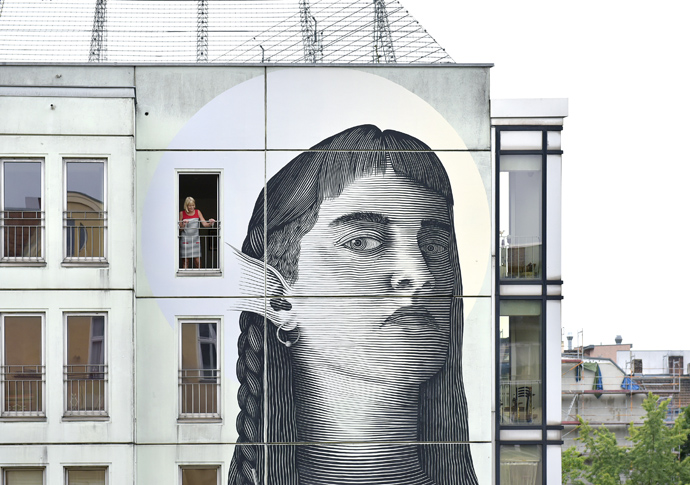 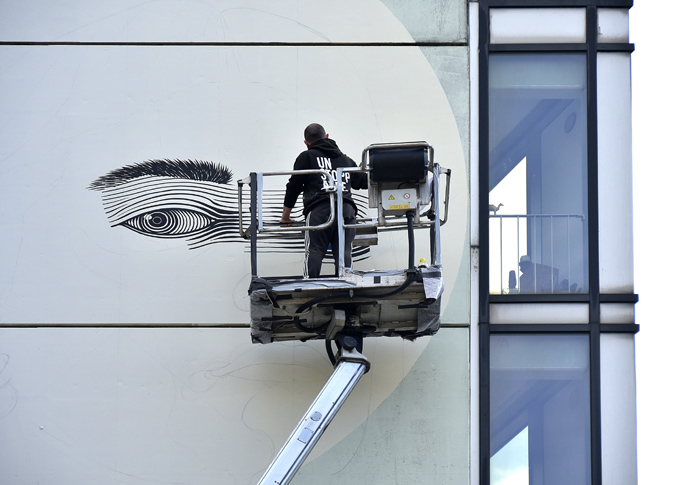 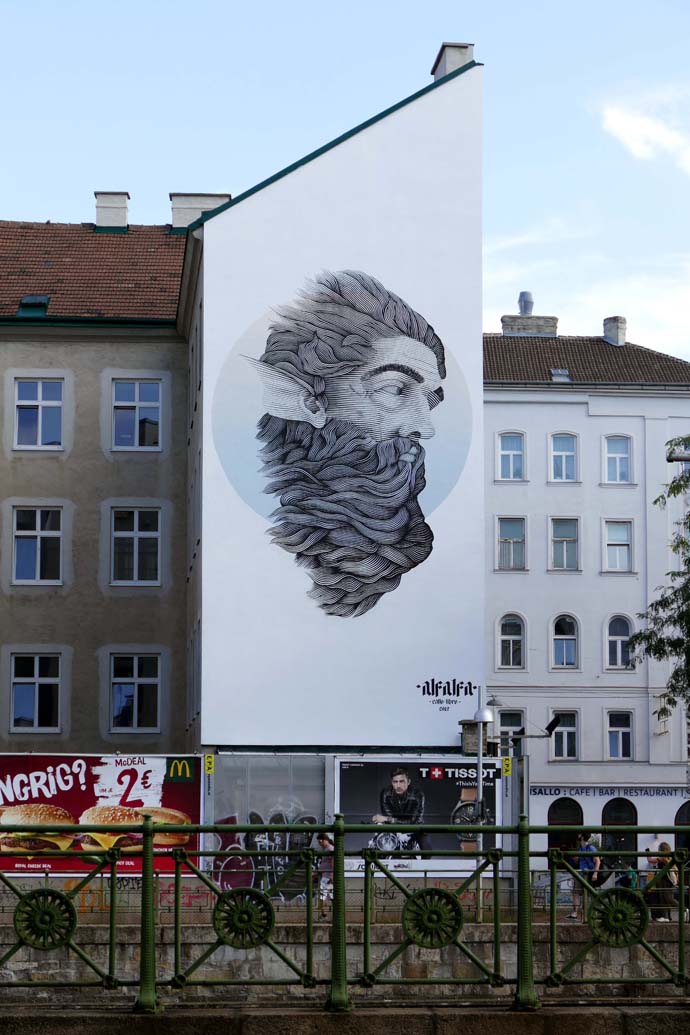 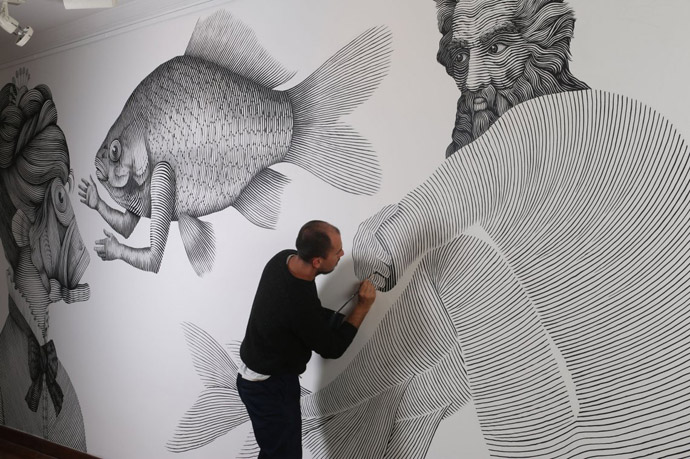 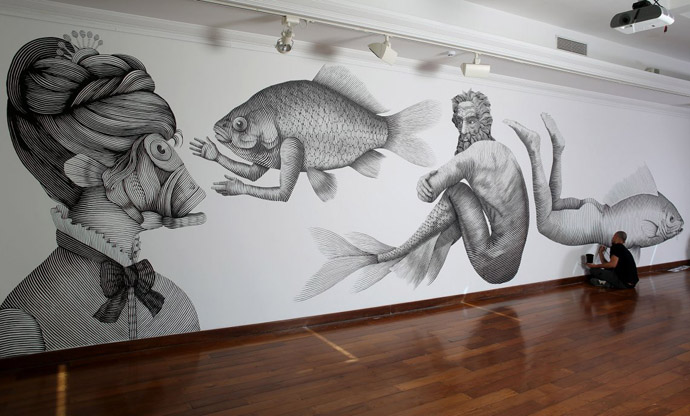