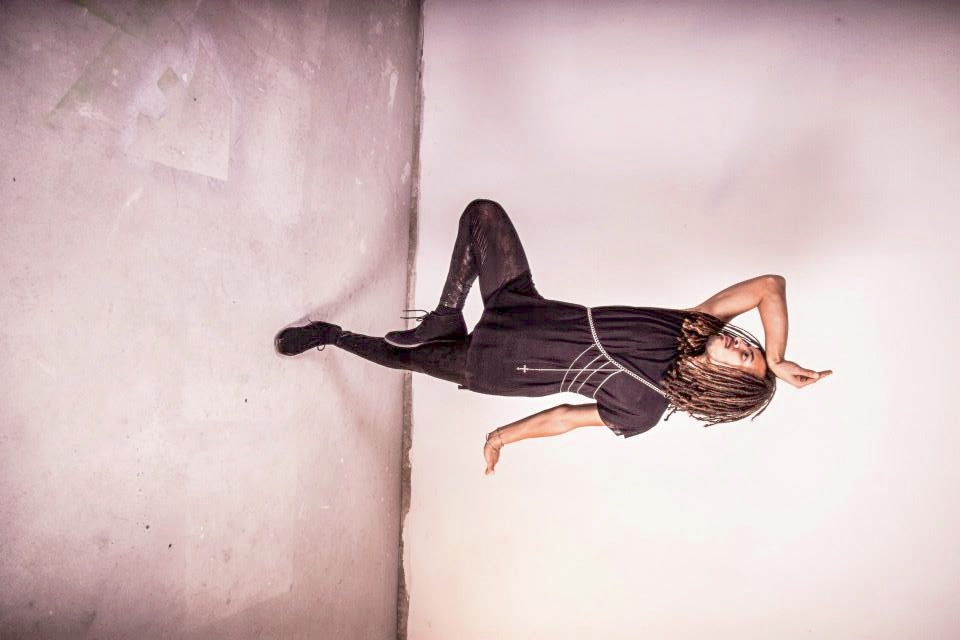 Weekend Sound! Every week we put together a collection of songs which we think you need to hear – this week we have a special guest mixtape by 10 Foot Ballerina!

KALTBLUT: How did you get into making your own music?

10 Foot Ballerina: I was given the software Reason 3.0 as a 14th birthday present and started making wonky drum ‘n’ bass tracks.

KALTBLUT: Is it something you’Ve always wanted to do?

10 Foot Ballerina: As a kid I thought I wanted to be some type of biologist or involved with video games somehow but then electronic music was a hobby that kinda took over.

KALTBLUT: Where are you from originally?

10 Foot Ballerina: I was born in detroit, where my mother is from. Then we moved to Atlanta when I was about 6, but I’ve been bouncing back and forth visiting my dad in Hamburg or Berlin.

KALTBLUT: Did your upbringing involve much music at all?

10 Foot Ballerina: Yes! And I am thankful. My mom is a singer/model/actress and made music with my dad who is a composer/pianist/musical-mad-scientist so music been a part of my life even before i was born. My mom played a lot of stuff like Sade and Diana Ross and my dad would show me anything from John Cage to the Beatles to Venetian Snares. 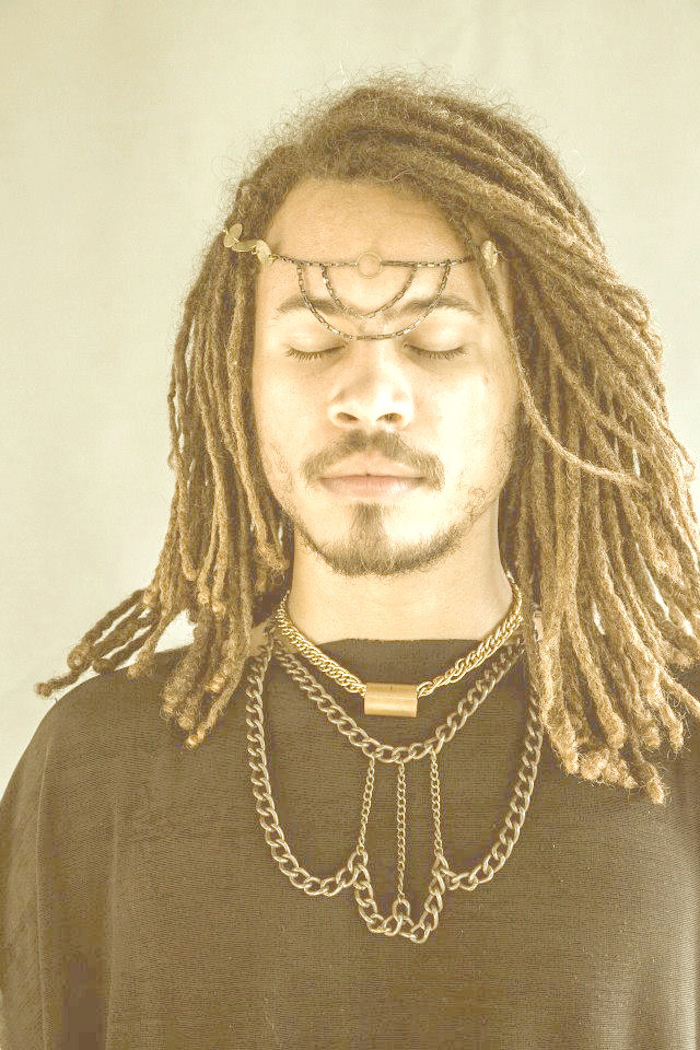 KALTBLUT: What types of music influence you?

10 Foot Ballerina: Definitely Jungle, anything overloading with rhythm, like funk, some metal. Whatever sounds weird at first but in the end it grooves. But there’s something I like in every genre

KALTBLUT: Was your name influenced by this selection?

10 Foot Ballerina: Nah, the 10 Foot Ballerina was in a dream I had; destroying the city with a dance kinda like how Shiva’s form Nataraja does. I have other aliases too: Shiva Child, Optimus (of Optimus Pikachu), Young Nataraj, Ignored Tension and RxMF.

KALTBLUT: Wow! Why so many aliases?

10 Foot Ballerina: Well, it’s a bit complicated. 10 Foot Ballerina is more for the electronic music I produce, Shiva Child is the performer/DJ, Optimus Pikachu is a collaboration with Ethereal but I use Optimus for my hip-hop/trap beats, Young Nataraj is an off-shoot of Shiva Child (nataraj = form of shiva, young = child), Ignored Tension is metal/punk infused/influenced music i make (made) and RxMF is a secret.

KALTBLUT: Do your surroundings alter your music production?

10 Foot Ballerina: Yeh, in Atlanta I was making more glitchy-trappy-hip-hop beats, in Berlin I got into house and techno more, here in Windhoek I’m making weird dancehall and afro-beat stuff.  I like too much music to stay still too long. I experiment a lot but it always kind of revolves around drums.

KALTBLUT: Talk us through your production method

10 Foot Ballerina: Usually I have a feeling or concept I want to portray. I like it to be a journey; getting taken somewhere by the music.

KALTBLUT: What are your most essential “tools” that you use?

KALTBLUT: What’s it like being part of the Mawimbi Collective?

10 Foot Ballerina:  It’s great being a part of the compilation, they are really nice dudes and have wicked and really broad music tastes.  I like what they are doing, African injecting soul into the scene – it’s beautiful.

KALTBLUT: Do you have anyone else that you’d like to collaborate with?

10 Foot Ballerina: The entire Awful Records crew in Atlanta. Some of them are old high school friends and musical lovers. Anybody at Through My Speakers, Pearson Sound, FKA Twigs, this list goes on and on.

KALTBLUT: Do you have any new projects coming up? 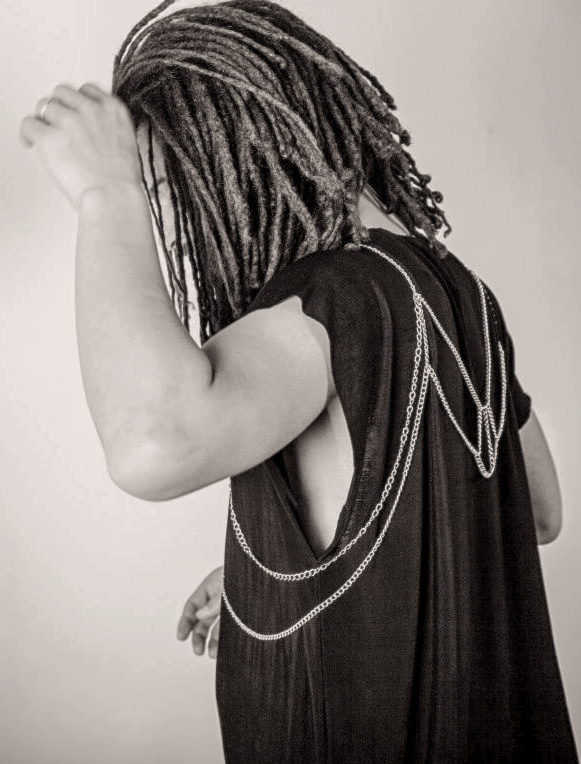 10 Foot Ballerina: I’m working on a soundscape for an installation called “Unit” by Actofel Ilovu, Robert Narciso and others here at the National Art Gallery of Namibia. So anyone in Windhoek come check it out! I have an album coming out with my friend Vlatka under the name Vervade. It’s with a kind of trip-pop-witchy sound. And I want to release a bunch of music that Ethereal from Awful Records and I made under the name Optimus Pikachu.  We’ve got a bunch of futuristic beats we’ve been sitting on.

KALTBLUT: How do you see the future of vinyl?

10 Foot Ballerina: I don’t think it will ever completely fade out. Like so many things, it goes in and out of fashion. I never thought people would ever take cassette tapes seriously again but it’s happening. But I like vinyl, it’s nice to hold a piece of music that you really love in your hands.

KALTBLUT: What do you hope to achieve this year?

10 Foot Ballerina: To collaborate with artists from different mediums and create ridiculous, interactive live electronic shows and become the Quincy Jones of the marimba.

Check out 10 Foot Ballerina’s album below!