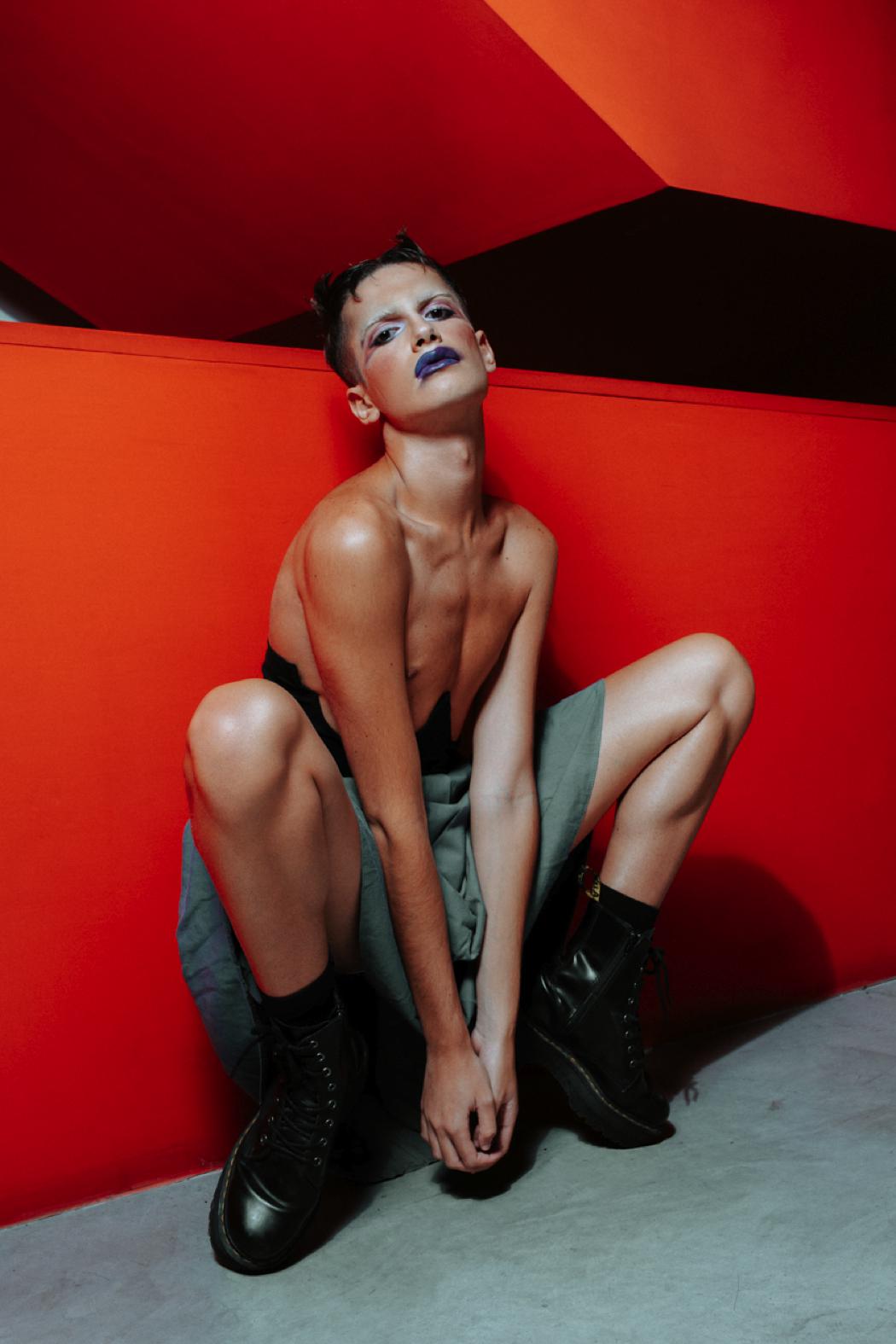 Antoine and your soul by Simone Angelo

A KALTBLUT exclusive. Simone Angelo is a fashion designer born in Italy and professionally raised between London and Paris during the years 1997-2000. With the project “Antoine and your soul”, an analysis of change as noted by one’s sensuality in the twentieth century and affirmation of one’s self. The model, as well as Angelo’s muse, is Antoine Folgore. Make Up and Hair by Anna Mammalella, styling by Marcella Trapani, cultured in the vintage world and founder of Bustalab.

“The intense tones, accentuated by the makeup that stiffens the expressions, Antoine tells in contact with the harsh lights of the flashes, his angular features, apt to recount the suffering that today is found in the choices of life, a hymn to the liberation of his own corroding identity the soul and wants to escape, giving birth and a real encounter with itself.”