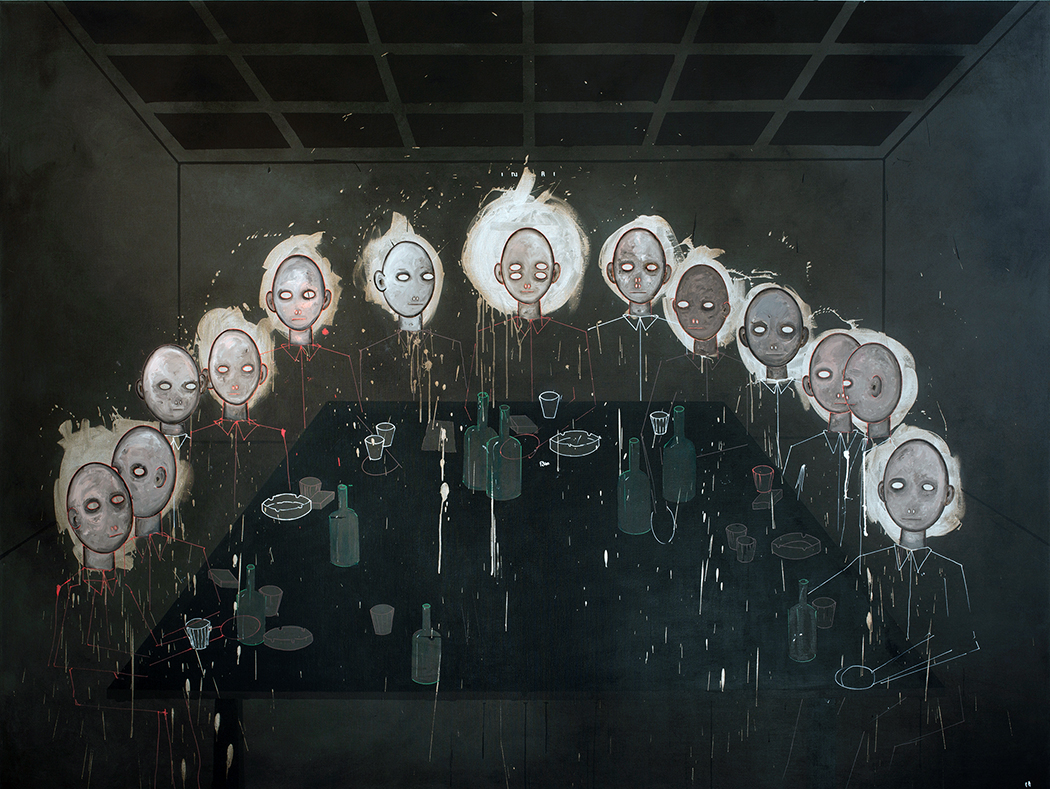 The Berlin Art Week is kicking the Summer away. We sent our guest-writer, painter Fleur Helluin, as a much needed guide into the Jungle of the Fairs. It’s a new year for Berlin’s Fairs as abc and Preview are now Art Berlin and Positions.

Located by the subway station Gleisdreieck, two large halls and a very small one host 112 international galleries from 16 countries. This new fair is led by Maike Cruse and is the lovechild of a partnership between abc and Art Cologne. Even though Berlin hosts even more artists than DJs on the square foot, it’s been hard for the German capital to establish itself on the market side of the art market.

I was very excited about the selection of Art Berlin. There are lots of galleries from Berlin, and in general most come from the German speaking part of the world. Berlin, Dusseldorf, Cologne, Vienna, Munich and Leipzig are very well represented. Lots of galleries come from the abc selection. Modern Art is now present at the fair, which is a good idea, because it gives some historical rooting in the art selection.

As I’m a painter… well there’s nearly only painting here. Live with it.

Award of My Favorite Paintings

That’s very easy and it’s Nicola Samori at Eigen + Art. Yes, it’s a bit dark and you can call me emo, but for f*ck’s sake isn’t it everything contemporary painting should be? Samori paints like Titian after a week-end at Chalet (= dark) and uses whatever oily magic to reveal the literal inside of the painting. If you have an urge in understanding what is the inside of bodies, this will tickle you. The paint becomes the body it is representing, and you understand this as it’s being destroyed. It’s beautiful and a little fucked up. Plus he paints on copper and copper is great. Anyone should be able to spend some time with a Nicola Samori painting before death. Only those three Samori paintings are worth your time going to Art Berlin. The photo I took sucked, so here is another of his works.

Award of the Cutest Butt

Goes to Sara-Vide Ericson represented by the Galleri Magnus Karlsson from Stockholm. It’s a beautiful painting, with luscious brushstrokes, representing one of my favorite things in the world, a dude’s butt. Her other works develop her views on a homey intimacy that she unrolls on the canvas with shiny oil work.

Award of the Best Line

To Grace Weaver from Soy Capitan. This might be my superficial side talking, but I love Grace Weaver’s work. She stands for a girly esthetic with strength. Even though her works are cute and beautiful, one can also see them as terribly sharp and accurate. Her process is crystal clear. She aims and hits. Seing the process of her drawing in those charcoal works is touching. Her lines are decided and bold and this is a girl’s dream.

Award of the Brilliant Glitter

There’s a clear winner in Freddie Mercado for Roberto Paradise. Mercado is well know in his scene, and his paintings are very touching. Crossing borders, traditions and social classes are the elements of his performances since twenty more years. I always thought there’s a strong parallel between make-up and painting, and when a drag artist paints, it somehow makes sense. Viewers of RuPaul’s Drag Race will recognize the Charisma Uniqueness Nerve and Talent it takes on the embroideries, the brush work, and the overall volume of the pieces.

Thomas Zipp at Guido W Baudach and the Last Supper From Space Stefan Vogel at Jahn & Jahn, impeccable taste in grids and Mayo as well as very very pretty gallerist.

Nicolas Puyjalon, the french performer was promoting his Coeur Corail at the Bite Club.

Tomorrow, I tell you about Positions, but for now I have to attend Christopher Füllemann & Leonhard Hurzlmeier’s opening.