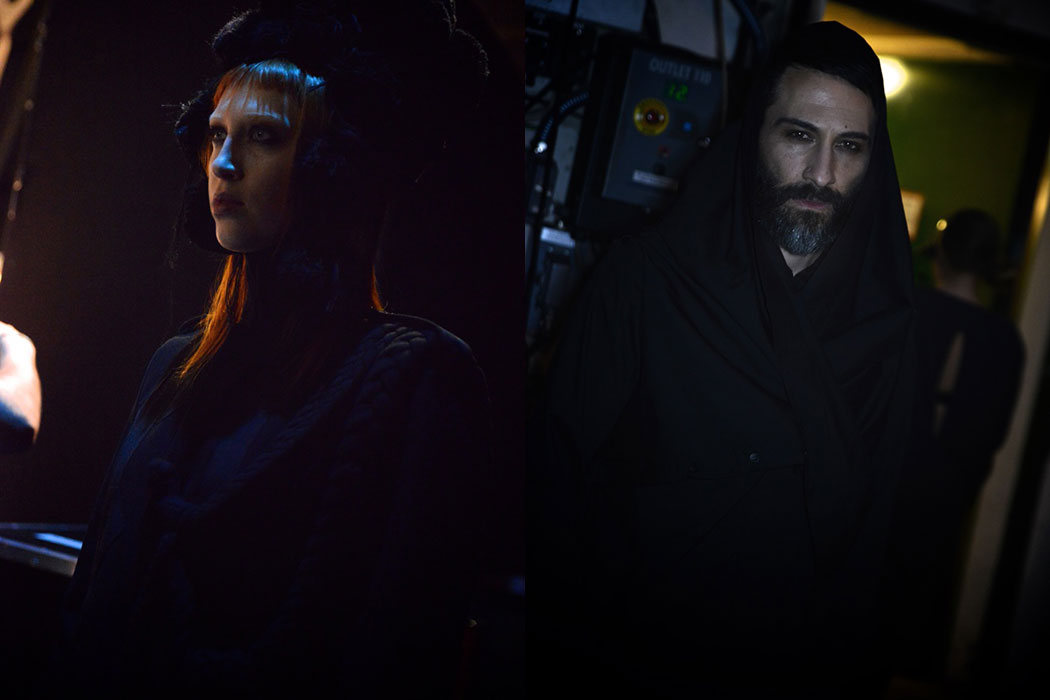 Berlin Fashion Week! #EMPÖRTEUCH – THE QUEEN of Berlin´s dark fashion style Esther Perbandt wowed the crowd during MBFWB with an outstanding runway show at Volksbühne. She is a designer, visionary, performer, master of ceremony and entertainer. Her new collection is a masterpiece!  The designer chose to return to Volksbühne Berlin for a second time, magically attracted to the venue, which fits her like a second skin. On the stage of the memorable Bert Neumann, where the black and white films worlds of the twenties and thirties meet Buster Keaton, Dada, and George Grosz – Esther embeds her mix of present and future personalities – unconventional, confident, fragile, clear, energetic, somber and touchingly beautiful. We have seen many of our friends and KALTBLUT icons on the runway like photographer Florian Hetz, our very first cover model Lex Olsen, male model Sasha Marini, designer Herr von Eden, musician Romano and supermodel über-icon Vea von Lehndorff (aka Veruschka).

Watch the full runway show below. All backstage photos by Sebastian Pollin.

This season, an explosive mix of extraordinary characters from the art, music, theater and design scenes walked for Ester Perbandt, with none other than Germany’s first supermodel, the artist Vea von Lehndorff, gracing the runway. The music for “DREIZEHN” was performed live by composer and musician Sven Helbig, who is under contract at “Deutsche Gramophon” and has worked with artists such as Rammstein, Pet Shop Boys and Snoop Dog. Zoran Bihac, international film producer and director, provided the unique creative direction. His résumé includes set design for Rammstein, Beatsteaks, Die Fantasitschen Vier and Lindemann. With a collection that is electrically avant-garde and anticyclical, the designer created radically visionary garments that play with the slightest of contrasts between black and white, age and gender. In essence, Esther Perbandt stands for effortless androgyny and independence, having made a name for herself internationally through her powerful stage productions. FOLLOW: www.estherperbandt.com